New York Gov. Andrew Cuomo said in a press release Sunday that he was "truly sorry about" previous comments he made that "have been misinterpreted as an unwanted flirtation." Two former aides, Lindsey Boylan and Charlotte Bennett, have accused the third-term governor of sexual harassment, alleging inappropriate comments and unwanted touching. Cuomo denied allegations of inappropriate touching; "At work sometimes I think I am being playful and make jokes that I think are funny," said Cuomo in the press release. "I do, on occasion, tease people in what I think is a good natured way." New York Attorney General Letitia James is leading an independent investigation of the governor's conduct.

The news made major headlines across the spectrum, especially on the right. Most reports acknowledged that the claims, as well as the Cuomo administration's alleged cover-up of nursing home deaths, threaten to push him from office. Some left-rated outlets focused more on the apologetic nature of Cuomo's press release. Some right-rated outlets framed the release as an non-remorseful explanation rather than a sincere apology. 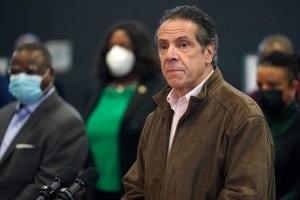 Gov. Andrew M. Cuomo on Sunday sought to stem the growing political fallout over fresh allegations of sexual harassment, acknowledging that he may have made inappropriate remarks that could “have been misinterpreted as an unwanted flirtation” to a young female aide during private meetings last spring.

Mr. Cuomo, 63, said his comments — including those which emerged in an account from the aide, Charlotte Bennett — were an extension of life spent at work, where he sometimes “teased people about their personal lives and relationships.”

“I now understand that my... 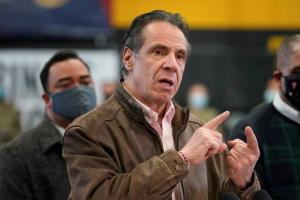 New York Governor Andrew Cuomo’s office cleared the way on Sunday for an independent attorney with subpoena powers to investigate allegations against him of sexual misconduct.

The governor’s office backtracked on its original plan to choose its own investigator after widespread criticism from fellow Democrats.

“We will hire a law firm, deputize them as attorneys of our office, and oversee a rigorous and independent investigation,” New York Attorney General Letitia James said in a statement.

Cuomo, one of the nation’s most well-known Democratic politicians whose popularity soared during the early...

Read full story
See full media bias rating for Reuters
From the Right
8144
Sexual Misconduct
Cuomo says he was 'being playful,' but admits he 'may have been insensitive' amid sexual harassment claims
Fox News (Online News) 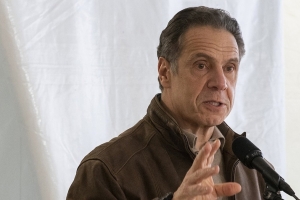 New York Gov. Andrew Cuomo attempted to explain his past interactions with staffers as the embattled Democrat is facing multiple accusations of sexual harassment.

"Questions have been raised about some of my past interactions with people in the office," Cuomo began in a press release on Sunday. "I never intended to offend anyone or cause any harm. I spend most of my life at work and colleagues are often also personal friends."

"At work sometimes I think I am being playful and make jokes that I think are funny....

Matt Gaetz, Loyal for Years to Trump, Is Said to Have Sought a Blanket Pardon

The congressman was at the time under investigation over whether he violated sex trafficking laws, though it was unclear what he knew of the inquiry....