Kanye West appeared on ‘Tucker Carlson Tonight’ on Friday in a sit-down interview with Tucker Carlson (Right bias). The rapper, producer, and fashion designer spoke with Carlson about his divorce from Kim Kardashian, his political stances, including backlash to his support for former President Donald Trump, and more. The first part of the interview aired exclusively on Fox News (Right Bias) on Thursday night, and clips pulled went viral across the web. The second part of the interview is scheduled to air Friday night.

West explained his relationship with politics and frustration with Republican and Democratic leaders that he believes don’t value black Americans beyond approval ratings. West also spoke on Jared and Josh Kushner, the latter of which is a stakeholder in the Kardashian underwear line, SKIMS. West voiced frustration towards both Kushner brothers for what he believed was their efforts to hold back figures like himself and Donald Trump. Another topic in the interview that outlets latched onto was West addressing his decision to wear a shirt reading “White Lives Matter” recently at Paris Fashion Week. West explained that wearing the shirt was more instinct than anything else, and that he wanted to stand up against criticism and threats he had received for his conservative beliefs.

The first part of the interview was covered widely in American outlets and on social media. Outlets on the left were more critical and dismissive of West, with a HuffPost (Left Bias) headline claiming West “Flips Out” during “Bonkers” interview.

In an exclusive wide-ranging interview to air tonight on "Tucker Carlson Tonight," controversial hip-hop artist Kanye West sits down with Tucker Carlson and addresses why he's pro-life, is not afraid of wearing a "White Lives Matter" T-shirt and rips "godless" hypocritical media.

Watch preview clips of the interview below.

Tune in tonight to Fox News Channel to "Tucker Carlson Tonight" at 8 pm ET to watch the entire interview.

KANYE WEST ON WHY HE'S PRO-LIFE: 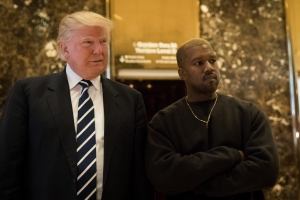 Kanye West gave an explosive interview to right-wing pundit Tucker Carlson on Thursday night and the rapper revealed his ties to three political families—the Trumps, the Kushners and the Clintons.

The rapper and fashion designer—who has legally changed his name to Ye—has been embroiled in yet more controversy this week after promoting a White Lives Matter T-shirt at Paris Fashion Week.

The bombshell interview saw the Donda hitmaker discuss everything from politics to family, to abortion, Lizzo's weight and his divorce from Kim Kardashian.

Rapper, artist and fashion designer Kanye West ― who changed his name to Ye last year ― used the first part of an eventful interview with Tucker Carlson on Thursday to slam his ex-wife Kim Kardashian, the Kushner brothers, Lizzo and others.

West, who sat down with the “Fox News” host days after he displayed a “White Lives Matter” shirt during a Paris show for his Yeezy fashion line, claimed the fashion industry has influenced Kardashian to “put her ass out” despite being a Christian woman.

West reflected on his... 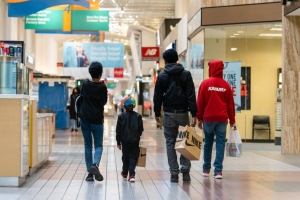