On Wednesday morning, the New York Post reported it had obtained several emails allegedly revealing that Hunter Biden introduced his father, Joe Biden, to a Ukrainian businessman in 2014. The emails also show Hunter Biden purportedly leveraged his connection to his father to increase his pay from Burisma, a Ukranian energy holdings company. The Post first learned of the emails from former Trump advisor Steve Bannon and obtained the emails from Trump lawyer Rudy Giuliani’s lawyer, Robert Costello; they were allegedly discovered on a laptop abandoned at a Delaware repair shop. The Biden campaign has denied the report, and Joe Biden has previously said he was never involved in Hunter's overseas business ventures. 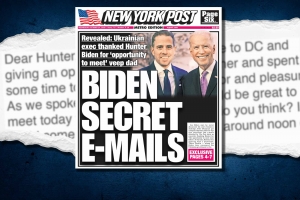 Hunter Biden introduced his father, then-Vice President Joe Biden, to a top executive at a Ukrainian energy firm less than a year before the elder Biden pressured government officials in Ukraine into firing a prosecutor who was investigating the company, according to emails obtained by The Post.

The never-before-revealed meeting is mentioned in a message of appreciation that Vadym Pozharskyi, an adviser to the board of Burisma, allegedly sent Hunter Biden on April 17, 2015, about a year after Hunter joined the Burisma board at a reported salary of up... 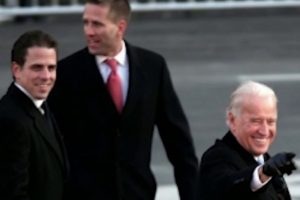 A lawyer for President Trump's personal attorney, Rudy Giuliani, told Fox News on Wednesday he has obtained a hard drive containing some 40,000 emails, thousands of text messages, and photographs and videos of Hunter Biden – the son of former Vice President Joe Biden – in "very compromising positions."

Attorney Robert Costello confirmed the explosive revelations, first reported by the New York Post, that an Apple MacBook Pro alleged to have belonged to the younger Biden was disassembled and an external hard drive was turned over to the FBI in... 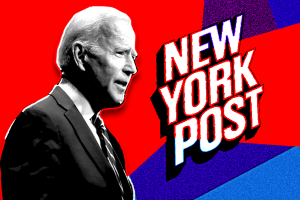 Rudy Giuliani spent the spring of 2019 peddling a sordid tale on behalf of his client President Donald Trump about former Vice President Joe Biden in an effort to derail his presidential campaign and push back against special counsel Robert Mueller’s probe. In Giuliani’s telling, Biden had corruptly sought the removal of a Ukrainian prosecutor in order to bolster the business interests of his son, Hunter. That wasn’t true -- but the propagandists at Fox ran with the story, and the president’s subsequent obsession with it eventually triggered the abuse...