Drama at Twitter headquarters is playing out in a very public manner. In the weeks since Elon Musk purchased the social media network, after a lengthy and dramatic acquisition process, the SpaceX and Tesla CEO has initiated a number of changes both to the platform and the company culture. Most recently, he issued an ultimatum to employees, telling them to commit to “working long hours at high intensity” or take a three-month severance package.

Key Quotes: A tech reporter for Fortune (Center Bias) tweeted, “looks like roughly 75% of the remaining 3,700ish Twitter employees have not opted to stay after the ‘hardcore’ email.” The actual number of employees who have quit is varying across outlets; the New York Times reports “1,200,” Reuters and The Verge (Lean Left Bias) both estimate “hundreds.” Elon Musk addressed staff resignation in a tweet, stating, “the best people are staying, so I’m not super worried.”

For Context: Musk’s purchase of Twitter was finalized in late October. The functionality of Twitter going forward with a minimized staff is in question, especially approaching the World Cup, which the Associated Press (Lean Left Bias) quoted an anonymous Twitter employee as being the “biggest event for Twitter.”

How the Media Covered It: The ongoing saga is dominating the trending section of Twitter and is being covered across the spectrum, especially in tech and business outlets. The Daily Wire called the employee exodus a “purge.” Reuters labeled twitter a “beleaguered social media company.” 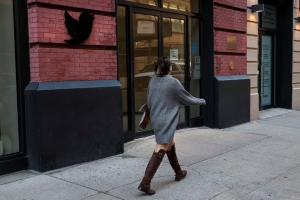 Hundreds of Twitter Inc employees are estimated to have decided to quit the beleaguered social media company following a Thursday deadline from new owner Elon Musk that staffers sign up for "long hours at high intensity," or leave.

The departures highlight the reluctance of some of Twitter's 3,000 or so employees to remain at a company where Musk earlier fired half of the workforce including top management, and is ruthlessly changing the culture to emphasize long hours and an intense pace.

Musk took to Twitter late on Thursday and said... 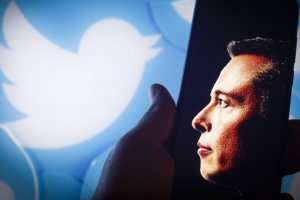 Hundreds of employees at Twitter have reportedly decided to resign from the company after CEO Elon Musk demanded that in order to stay at the company they would need to commit to “extremely hardcore” working conditions.

The New York Times reported that the company was in disarray Thursday afternoon as the deadline approached as “hundreds of Twitter employees appeared to have decided to depart with three months of severance pay.”

The news comes after Musk let go of approximately half of the company’s 7,500 full-time employees earlier this month in... 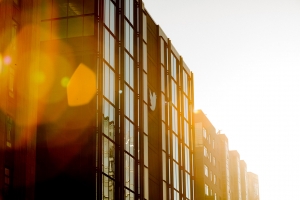 Elon Musk sent a flurry of emails to Twitter employees on Friday morning with a plea.

“Anyone who actually writes software, please report to the 10th floor at 2 p.m. today,” he wrote in a two-paragraph message, which was viewed by The New York Times. “Thanks, Elon.”

About 30 minutes later, Mr. Musk sent another email saying he wanted to learn about Twitter’s “tech stack,” a term used to describe a company’s software and related systems. Then in another email, he asked some people to fly to Twitter’s headquarters in...