Key Quotes: In a statement, the FTC said, “With control over Activision’s blockbuster franchises, Microsoft would have both the means and motive to harm competition by manipulating Activision’s pricing, degrading Activision’s game quality or player experience on rival consoles and gaming services, changing the terms and timing of access to Activision’s content, or withholding content from competitors entirely, resulting in harm to consumers.” Meanwhile, Microsoft Vice Chair and President Brad Smith said, “We have been committed since Day One to addressing competition concerns, including by offering earlier this week proposed concessions to the FTC. While we believe in giving peace a chance, we have complete confidence in our case and welcome the opportunity to present it in court.”

For Context: The lawsuit against the $68.7 billion deal comes after years of anticipation of antitrust action against Big Tech — partly fueled by FTC Chair Lina Khan, an outspoken critic of Amazon. Microsoft’s Xbox console is a major player in the increasingly popular video game industry, and some future games developed by other Microsoft-owned studios are expected to be made exclusive to its platform.

How the Media Covered It: Coverage was widespread across the spectrum, particularly in business outlets, which tend to be rated Lean Left or Center. Some coverage described the lawsuit as “aggressive” or a “landmark battle.” 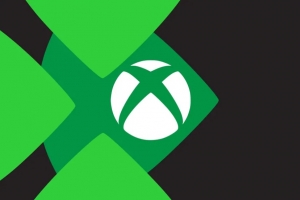 The FTC has filed a legal challenge to try and block Microsoft’s plan to buy Activision Blizzard for $68.7 billion, according to a press release from the regulator. The lawsuit was filed today after weeks of back and forth between Microsoft, Sony, and regulators over competition concerns and the future of Call of Duty. The FTC argues that the acquisition would “enable Microsoft to suppress competitors to its Xbox gaming consoles and its rapidly growing subscription content and cloud-gaming business.”

Open on The Verge

The FTC claims the deal could give Microsoft’s Xbox game console and game subscription business an unfair advantage over its competitors.

In a press release issued by the FTC, the vote to file a complaint was 3-1, which Rep. Commissioner Christine S. Wilson voting against the measure.

This isn’t Microsoft’s first time dealing with competitive pressure. In 1998 the U.S. Justice Department filed a broad antitrust case against the company. Microsoft changed some practices related to its Windows operating system business as a result. Regulators in the United Kingdom are looking into whether the Activision Blizzard acquisition would lessen competition in the country.