Former Vice President Joe Biden put on a dominant performance on Super Tuesday 2020, winning 10 of 14 states and apparently cementing the race for the Democratic nomination as a two-way contest between he and Senator Bernie Sanders (I-VT). While Sanders is projected to win California, Biden proved popular among southern voters and saw somewhat surprising success in Massachusetts and the Midwest. 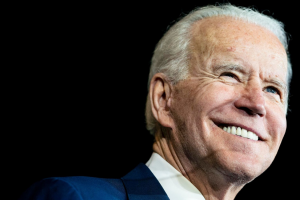 Joe Biden powered to a dominating sweep of the South and surprisingly strong showings in New England and the Upper Midwest on Tuesday night, as he sought to seize control of the Democratic presidential race and overtake Sen. Bernie Sanders as the delegate leader.

Sanders was holding on to a lead in California, the state with the biggest delegate haul of the Super Tuesday primaries, as votes were slowly counted there. But Biden’s victories in Texas and eight other states threatened to at minimum erase the lopsided delegate advantage Sanders... 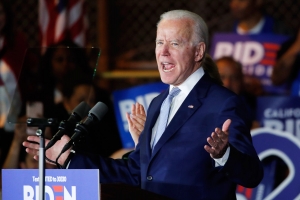 If you don’t like Mike Bloomberg, Elizabeth Warren, or Bernie Sanders, Super Tuesday night is just delightful so far.

For the past few months, Americans have been living in a fascinating political-science experiment: how far could a campaign carry an uninspiring candidate with essentially unlimited spending and TV ads? Tonight, we got the answer: not very far at all! Bloomberg spent a half-billion dollars to win American Samoa and a handful of delegates here and there across 15 states. It is the most expensive failure in American political history. The... 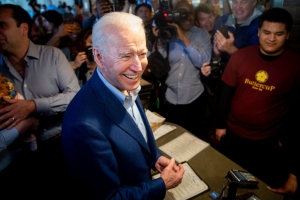 Momentum and timing matter in politics — and both helped former Vice President Joe Biden mount a comeback from almost-left-for-dead to being the alternative to Vermont Sen. Bernie Sanders, who went into Super Tuesday with front-runner status after significant wins in early states.

The Democratic presidential race at one point had almost two dozen candidates, but now it's essentially a contest between two men representing dueling ideological poles of the party.

Sanders has energized the progressive wing with promises to transform the party and dramatically expand the government's role.

Biden has four great options for a black female running mate. One is his best.
OPINION

Seven prominent Black women activists have made a strong case, and a bit of stir, in a Washington Post Op-Ed, “Biden Still Needs Black Women. Here are 3 Things...