After Roe v Wade Leak, Some Wonder if Gay Marriage and Contraception are Next

Since the leak of the Supreme Court’s draft decision to overturn Roe v. Wade, some in politics and the media have questioned whether other court precedents could come under threat.

Justice Samuel Alito did not directly challenge Obergefell v. Hodges, the landmark same-sex marriage case, in his leaked draft opinion. However, he did use it to critique the concept of unenumerated rights, writing that Obergefell “read a right to same-sex marriage into the 14th Amendment, even though that right is found nowhere in the text.”

The leaked opinion would also return the question of abortion to state legislatures, where Republicans have increasingly pursued the goals of social conservatives. On Sunday, Mississippi Gov. Tate Reeves didn't rule out banning certain forms of contraception in a CNN (Left bias) interview.

Coverage speculating on the future of gay marriage and contraception was more common in left-rated outlets. Voices from the left appeared more concerned about a potential rollback of women’s and LGBTQ rights, while voices from the right were skeptical of the left's concerns. Some on the right sent mixed signals; in a widely-circulated video, Daily Wire (Right bias) co-founder Ben Shapiro dismissed those concerns but then said, “if we had a Supreme Court worth its salt, they would overturn Obergefell.”

Will a Conservative Supreme Court Turn on Gay Rights After Dismantling Roe? Be a Skeptic
Reason 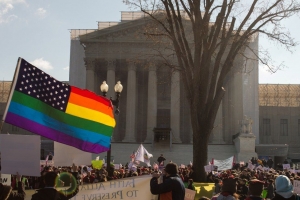 The belief that Roe v. Wade (1973) is set to be overturned, based on a leak of Justice Samuel Alito's draft opinion of Dobbs v. Jackson Women's Health Organization Monday, is leading to questions about whether other well-known court precedents are at stake, particularly on LGBT issues. Will a heavily conservative Supreme Court rethink Obergefell v. Hodges, the 2015 decision that made same-sex marriage recognition the law of the land? Would a conservative court go so far as to toss out Lawrence v. Texas, the 2003 decision that overruled state-level sodomy laws and essentially recognized a right to sexual autonomy and privacy among... 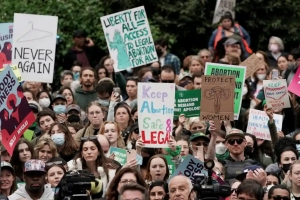 Following the bombshell release of a draft decision showing a majority of US supreme court justices may overturn Roe v Wade, legal experts believe other laws about individual autonomy may be in danger, including the right to access contraception.

Laws broadly banning abortion may also prohibit certain forms of birth control that opponents incorrectly say are working as abortion-causing medications. And the supreme court decision underpinning the right to access contraception, Griswold v Connecticut, could also come under fire in much the same way as Roe did. 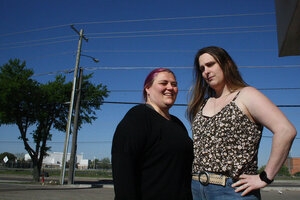 Eighteen months ago, Lorah Trumbatori and Stephanie Rogers were married under the wide Texas sky in a rural county west of San Antonio.

It was the end of a long, and sometimes difficult, journey. Ms. Rogers is a lesbian and Ms. Trumbatori is trans, and in the years they’ve been together – first in Southern California and then in Texas – their parents had gradually, sometimes awkwardly, warmed to their partnership. Her father is accepting, says Ms. Rogers, though probably not affirming.

But a ride off into the sunset did...