When Will We Know the 2022 Midterm Election Results?

It’s likely that we won’t know the final results of every state and local election on Election Day.

For Context: In 2020, a rise in the use of mail-in ballots — which many states bar election officials from counting before Election Day — led to delays in official election results. This created a “mirage” effect, where some candidates appeared to gain a lead after Election Day as mail-in ballots were counted. This phenomenon will likely repeat itself in 2022, particularly in tight battleground races like Pennsylvania, Nevada, Arizona, and Georgia. Additionally, some results are delayed by state-specific election methods like ranked choice voting and universal mail voting.

How the Media Covered It: Coverage from across the spectrum agreed that delays were a normal part of the election process; an ABC News (Lean Left bias) headline said delays were “OK,” and a Washington Examiner (Lean Right bias) article said, “Delayed results do not indicate that the process is flawed or fraudulent.” Right-rated outlets were less likely to publish and promote articles explaining potential result delays. On the other hand, coverage from the left was widespread and somewhat more likely to mention the role of result delays in former President Donald Trump’s 2020 voter fraud claims.

Be patient: This election is probably going to go on a while
NPR (Online News) 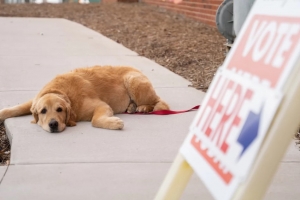 Election Day is Tuesday, but with early voting, the more accepted use of mail voting and the prospect of razor-thin races, it's really Election Season.

And Tuesday only marks the beginning of the next phase in that season.

Gird for many of these elections to go on for days, if not weeks. This is all perfectly normal when there are close elections. It doesn't mean that there is fraud — despite the lies about his 2020 loss that former President Donald Trump has pushed and so many candidates he's backed...

When Will We Know 2022 Midterm Election Results?
FiveThirtyEight 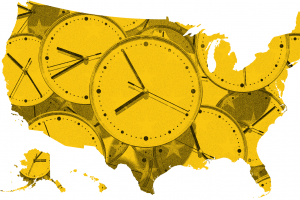 When are we going to know the results of the midterms? In 2020, due to slow vote counting in many states, it took days — until Saturday, Nov. 7 — for ABC News to declare Joe Biden the president-elect. We likely won’t have to wait that long this year, but it is again possible that we won’t know the winners of the 2022 election on election night. States like Arizona, Nevada and Pennsylvania that are key to Senate control could take multiple days to count all their votes.

The exact timing of...

Midterm mirage: How early results could be skewed and why we might not know results for days
Washington Examiner 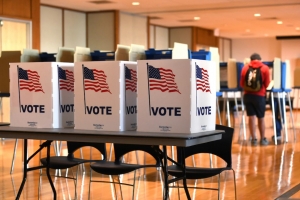 Voters won’t immediately know the results of the 2022 midterm elections , with some of the most consequential races not expected to be called for days — maybe even weeks.

The fate of both the House and Senate for the next two years will be decided after the polls close on Tuesday. However, a number of factors could delay how long until voters and candidates know the results of their races, especially for those in key battleground states that are set to determine which party will gain control of Congress.