Forecasts and analyses of the possible results of midterm election season in November have grown increasingly speculative in past months, as races once thought to be certain have shifted to fair fights. Since the summer offered Democratic leaders plenty of ammunition to campaign on and a series of legislative wins to point to, the narrative has shifted away from ‘what will Republicans do when they gain control of Congress’ and more towards ‘what will Republicans do if they gain control of Congress.’

Regardless of framing, outlets are predicting what a Republican-controlled House of Representatives would entail. Following House Minority Speaker Kevin McCarthy’s unveiling of the “Commitment to America” agenda on Friday, voters were given an outline of the policy framework of a potential Republican majority.

An analysis from the Washington Examiner (Lean Right bias) determined the commitment includes a repeal of the IRS expansion Democrats initiated in the Inflation Reduction Act, loosening permit restrictions to boost domestic energy production, increased police recruitment efforts, and a promise to create Congressional committees to investigate various aspects of the Biden Administration.

Opponents on the left, however, have speculated in recent days of more radical policy overhauls that Republicans could work towards if they gain the majority. An opinion columnist for MSNBC (Left bias) drew upon remarks from the libertarian wing of the GOP to predict that a Republican majority could work to dismantle government programs such as Medicare and Social Security.

As Scott, chair of the National Republican Senatorial Committee, writes in his “11-Point Plan to Rescue America,” “If... 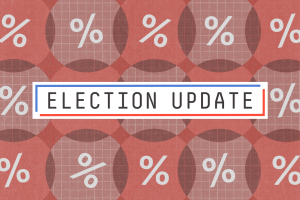 Ever since we launched our election model in late June, it has moved entirely in one direction: toward Democrats. Pretty much every week, they’ve either gained ground in our forecast or held steady.

This week has been more in the “held steady” category. In the Deluxe version of our model, Democrats’ chances of keeping the Senate are 71 percent, while their chances of holding the House are 31 percent. Neither number has meaningfully changed from a week ago.

As Democrats’ position has continually improved, I’ve tended to focus on optimistic... 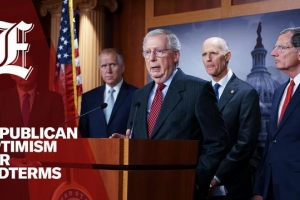 Voters are seven weeks away from casting their ballots in the midterm elections, but House Republicans already have their sights set on what they want to achieve if they manage to recapture the House.

After weeks of weathering stiff criticism from Democrats for being tight-lipped with a comprehensive legislative agenda, House Minority Leader Kevin McCarthy unveiled the “Commitment to America" agenda, laying out the broad strokes of what Republicans want to do.

Here is a look at some of the objectives McCarthy rolled out.