How Ticket Splitting Played a Role in the 2022 Elections

Ticket-splitting played a key role in the 2022 elections, particularly in Georgia and Pennsylvania.

For Context: In Georgia, Gov. Brian Kemp (R) is projected to win by a nearly 10-point margin, but the Senate race there is too close to call, and a run-off is expected between Herschel Walker (R) and Raphael Warnock (D) since neither has received the 50% margin required. In Pennsylvania, Josh Shapiro (D) is projected to easily win the governor's race against Doug Mastriano (R), while John Fetterman (D) is projected to beat Mehmet Oz (R) by a much slimmer margin. Ticket-splitting is the act of voting for separate candidates from different parties. It was predicted that ticket splitting could play a role this year, and when final results are in, voters in as many as nine states may have chosen to elect a Republican governor and Democratic senator (or vice versa).

Key Quotes: "In a way, ticket splitters represent some – I don’t know if ‘rationality’ is the right word. We want elections to respond to shifts in voter opinion, and split ticket voters, for better or worse, are [examples of] that," says David Kimball, a University of Missouri political scientist and co-author of the book, "Why Americans Split Their Tickets."

How the Media Covered It: Sources from across the political spectrum covered the impact of ticket splitting on the 2022 elections, with many speculating about whether the practice would be more beneficial for Republicans or Democrats.

Could an old-school approach to voting decide the midterms?
Vox 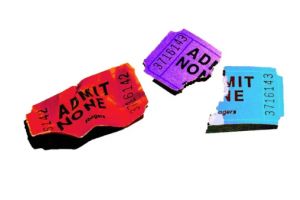 Election Day is here, and voters will reveal whether tightening polls in competitive statewide races will mean a “red wave” sweeps the country.

If that wave turns out not to be as strong as expected, Democrats can likely thank split-ticket voting, the practice of electing candidates from different political parties for different statewide, congressional, or presidential races.

Split-ticket voting was once far more common, in part because of a belief expressed by Elon Musk recently. In endorsing Republicans up and down the ballot Monday night, he argued that “shared power curbs the worst excesses...

Split-ticket voters were declared extinct. They may decide the Senate.
Christian Science Monitor 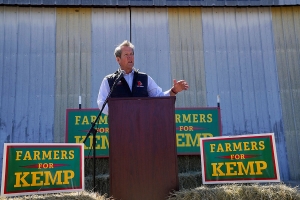 In recent election cycles, party loyalty – and deep suspicion of “the other side” – has meant fewer voters willing to split their vote. But this time around, they could decide control of the Senate.

While parties and pundits may cast America as neatly lined up into tribal camps, competing in a zero-sum contest for the future of the republic, allow Richard Bink to break the mold.

The Savannah, Georgia, veterinarian voted early at Islands Library here on Georgia’s Whitemarsh Island as ibises veered through an ultramarine sky. He usually...

Neither candidate in the Senate race has yet to surpass the 50% threshold necessary to avoid a runoff, with 84% of the vote counted. In the gubernatorial race between Kemp and his 2018 Democratic opponent, Stacey Abrams, the incumbent governor was declared the winner before 80% of precincts reported their results, given that he earned 54% of the vote and comfortably evaded a runoff.