Abortion, forced prison labor, marijuana, and gun rights were just a few hot-button issues being voted on in different states across the country on Tuesday.

Gun Rights: In Iowa, voters supported adding a right to keep and bear arms into the state constitution.

Others: Californians rejected a proposal to allow sports betting, and another to tax high earners to fund the electric vehicle transition. Massachusetts voters approved allowing unauthorized immigrants with certain documents to obtain driver's licenses, and also approved a new 4% surtax on all income over $1 million. New Yorkers approved $4.2 billion in climate change mitigation spending. Ohioans voted to add language to the state constitution requiring voters to be citizens and to require courts to consider more details when setting bail amounts.

How the Media Covered it: Sources across the political spectrum focused mostly on ballot measures regarding abortion, marijuana, and prison labor.

Pot Prohibition Continues Collapsing, and Psychedelic Bans Could Be Next
Reason 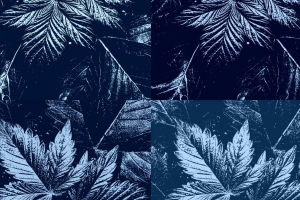 Voters on Tuesday approved the legalization of recreational marijuana in Maryland and Missouri while rejecting similar measures in Arkansas, North Dakota, and South Dakota. Meanwhile, voters in five Texas cities passed ballot measures that bar local police from issuing citations or making arrests for low-level marijuana possession. But the most striking election result for drug policy reformers looking beyond the ongoing collapse of marijuana prohibition happened in Colorado, where a broad psychedelic decriminalization measure is winning by two points with 80 percent of votes counted.

Prior to yesterday's elections, 37 states had approved marijuana for medical purposes, and 19 of them also had legalized recreational use. The...

Slavery rejected in some, not all, states where on ballot
Associated Press

Voters in four states have approved ballot measures that will change their state constitutions to prohibit slavery and involuntary servitude as punishment for crime, while those in a fifth state rejected a flawed version on the question.

The measures approved Tuesday could curtail the use of prison labor in Alabama, Oregon, Tennessee and Vermont.

In Louisiana, a former slave-holding state and one of a handful that sentences convicted felons to hard labor, lawmakers trying to get rid of forced prisoner labor ended up torpedoing their own measure. They told voters to...

Voters in California, Vermont and Michigan on Tuesday approved ballot measures enshrining abortion rights into their state constitutions, while those in the traditionally red states of Montana and Kentucky rejected measures that would have restricted access to reproductive care.

The votes signal support for abortion rights after the Supreme Court in June overturned the landmark 1973 case Roe v. Wade and the constitutional right to the procedure.

In August, Kansas voters also rejected a ballot measure that would have given the state legislature the authority to restrict abortion access through a state...