The first results in from Election Day 2022 show several historic victories in races for Senate and governor.

Arkansas: Former White House Press Secretary Sarah Huckabee Sanders (R) is projected to beat engineer and minister Chris Jones (D) in the state's gubernatorial race. Sanders will be the first female governor of Arkansas, following in the footsteps of her father Mike, who served as the 44th governor of Arkansas from 1996 to 2007.

How the Media Covered it: The wins were covered by sources across the political spectrum, which focused similarly on their historic nature. 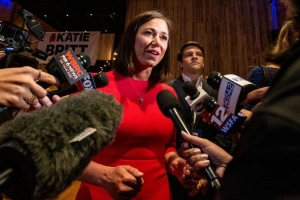 The race for control of Congress, as well as governorships and key statewide positions, has defined the 2022 midterms.

In Washington, Republicans have had their eyes on breaking the Democratic trifecta by winning one or both chambers of Congress. In battleground states, Democrats are looking to defend vulnerable governors and win crucial down-ballot contests that could prove pivotal in future election fights.

Heading into Election Day, both parties were also looking to diversify their ranks of elected officials, both in Congress and beyond. Republicans were excited about growing their roster... 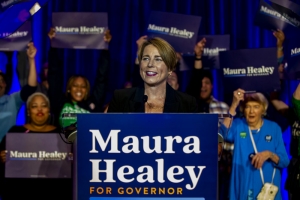 The race was called by The Associated Press almost immediately after the polls closed.

Salem Mayor Kim Driscoll will join Healey on Beacon Hill as lieutenant governor. Together, they are the... 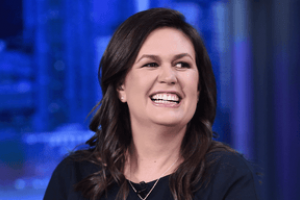 Sanders was the White House Press Secretary under former President Trump from 2017 to 2019.

She defeats Democrat Chris Jones, who is a nuclear engineer and ordained Baptist minister.

After Sanders voted in Little Rock on Tuesday, she told reporters that she doesn't think she ran a divisive campaign and focused on tax cuts as well as other issues that could unite...