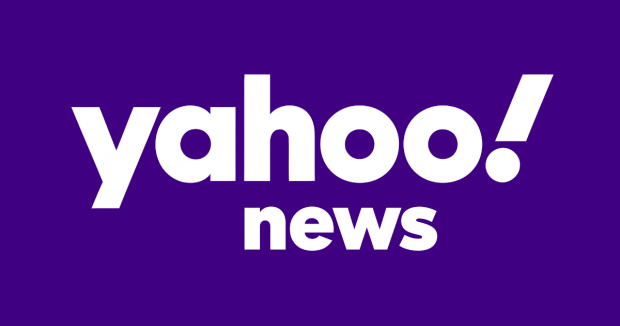 In April and May 2022, AllSides conducted a media bias analysis of Yahoo! News, finding that its content curation and homepage top stories greatly favored stories from news media outlets that have a left-leaning perspective.

An analysis of 588 curated articles published by Yahoo! News in April 2022 showed that 65% were from a media outlet that has a Left or Lean Left AllSides Media Bias Rating, and just 5% were from outlets AllSides rates as on the right. 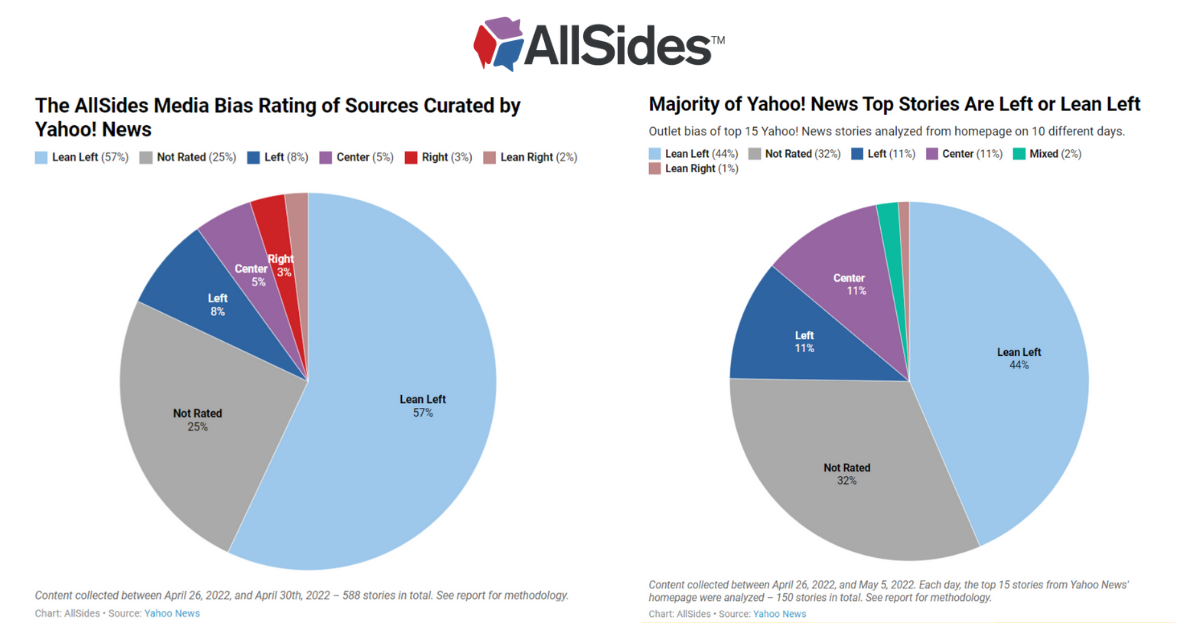 The top 10 most prominent outlets published on Yahoo! News during the time frame analyzed encompassed 64% of all coverage (379 out of 588 stories). They are as follows, with the percent of total stories analyzed displayed for each: 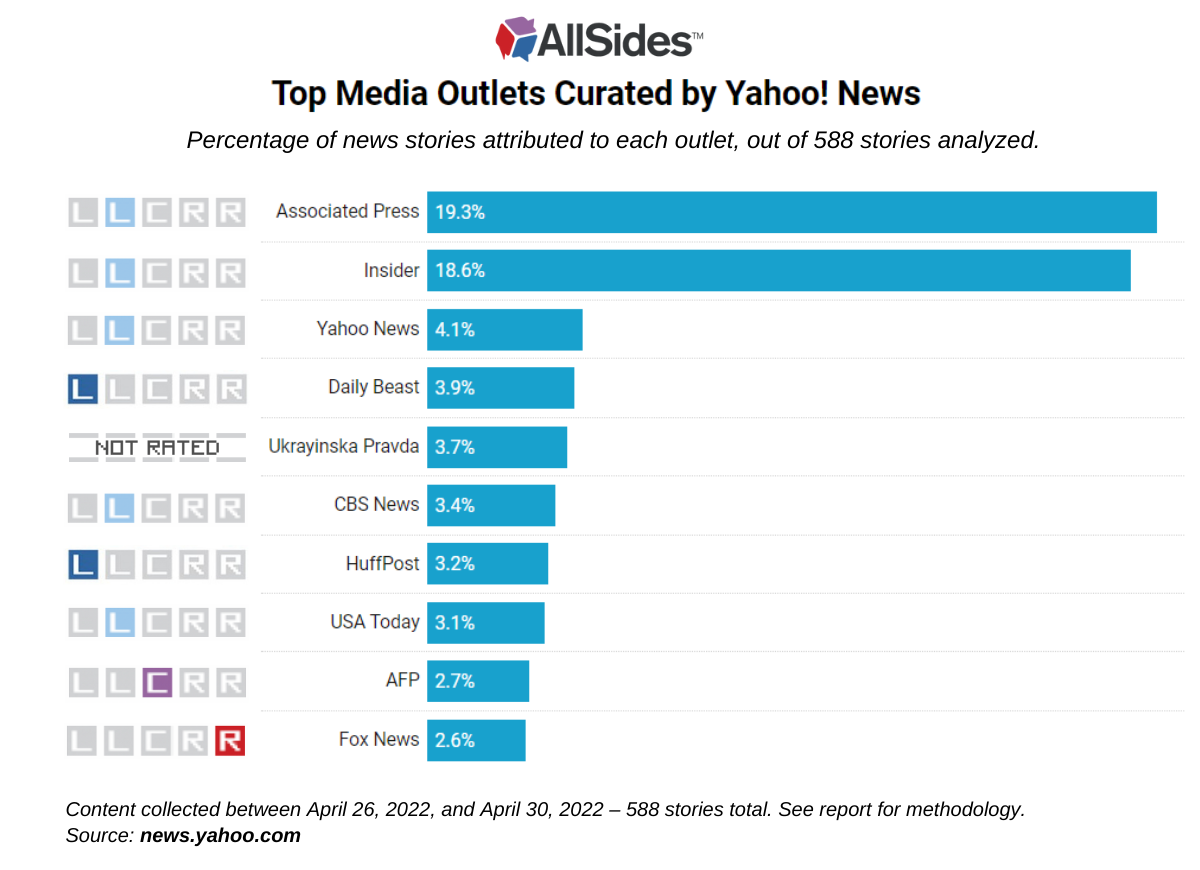 Five of the top 10 outlets curated by Yahoo! News were rated Lean Left by AllSides, and another two were rated Left. Just one outlet right of center made the list: Fox News (Right bias).

Analysis of Yahoo! News’ homepage, specifically, yielded similar results. The top 10 most prominent outlets encompassed 57% of the coverage on the days analyzed (85 of 150 stories). They are as follows, with the percent of total stories analyzed displayed for each: 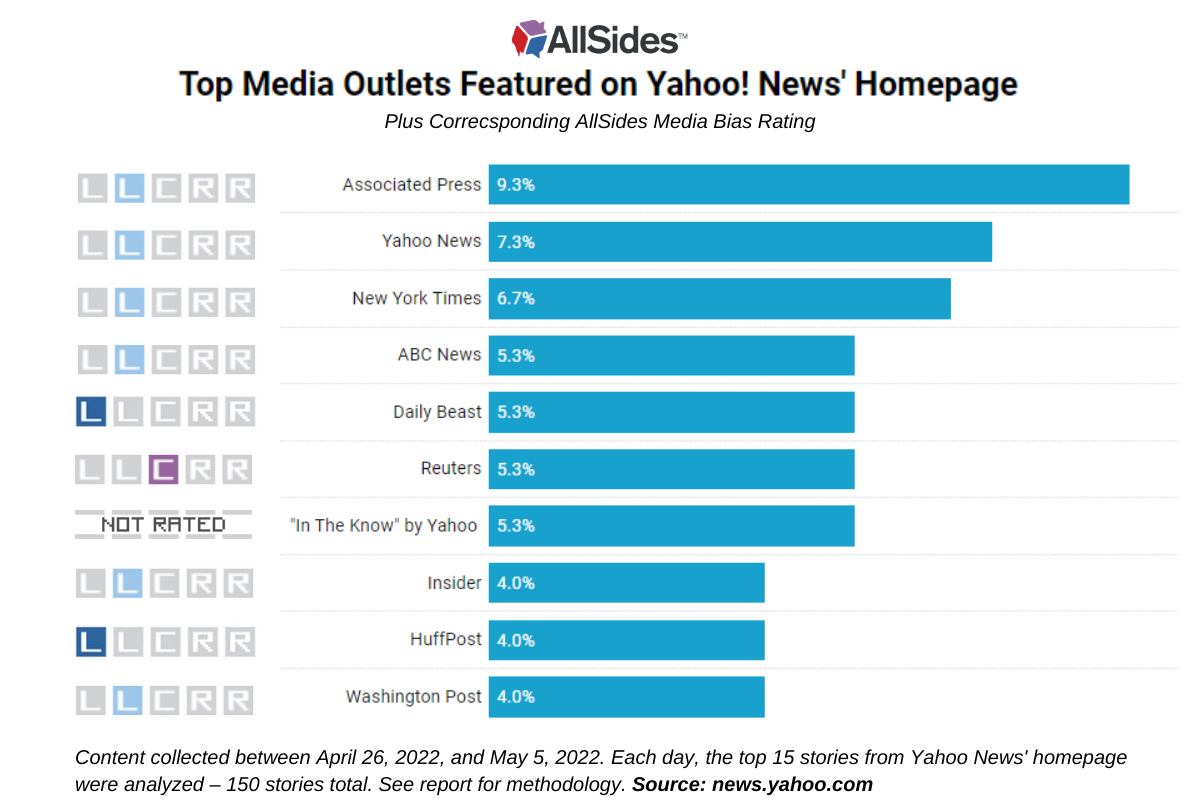 At least 1 in 4 stories featured in both methods of the analysis were from news outlets that are not rated by AllSides as of May 2022. Many of these consisted of local and international outlets (e.g. Ukrayinska Pravda, a Ukrainian newspaper, which covered many stories pertaining to the Ukraine-Russia war).

Average Position of Outlets on the Left and Right

AllSides also looked at the position of stories on the homepage of Yahoo! News. This is relevant because a story located in the first position on the page may be clicked on more often than a story in the fifth position.

A story from an outlet rated Lean Left was also the top story in 8 out of 10 days. Similarly, at least 3 of the top 5 stories each day were from outlets rated Lean Left.

At AllSides, we believe that everyone is biased – and that’s okay. What is a problem, however, is hidden media bias, which can manipulate and divide us by not giving us a balanced view. Read more about media bias on our website.

The purpose of this analysis was to determine the political bias of the media outlets that Yahoo! News most often curates. This can help readers to better understand if they are getting a full view from this media outlet.

Our analysis only considered content taken during a small section of time: April 26, 2022 – May 5th, 2022, and should not be interpreted as where Yahoo! News currently stands every day.

Please contact AllSides for media or other inquiries about this analysis.