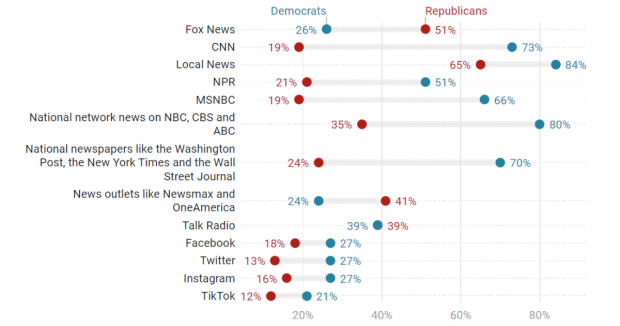 Which media outlets do you visit to get news on current events and politics? Do you avoid any that you believe convey misinformation or disinformation? Your perception of media outlets being misleading may come down to your own political beliefs.

According to a recent University of Chicago Institute of Politics survey of 1,000 registered voters in the U.S. from May 2022, a partisan divide emerges among Republicans and Democrats on the perception of which outlets “make a good faith effort to report the news” rather than “intentionally trying to mislead.”

In some cases, the gap between Republicans and Democrats is very large – as much as 54 percentage points in the case of CNN.

With more people distrusting the fairness of news media than ever before, according to a recent poll conducted by Gallup (Center), it may be no surprise to some that the American public has become increasingly skeptical of news media.

RELATED: What Polling Shows About the State of Political Polarization

The survey also found that about half of American registered voters (48%) believe that reporters, editors, and newscasters are trying to get their own viewpoints across in reporting.

There was a visible partisan divide, however: more than double the amount of Republicans believe that journalists are trying to get their viewpoints across (67%) than Democrats (30%). 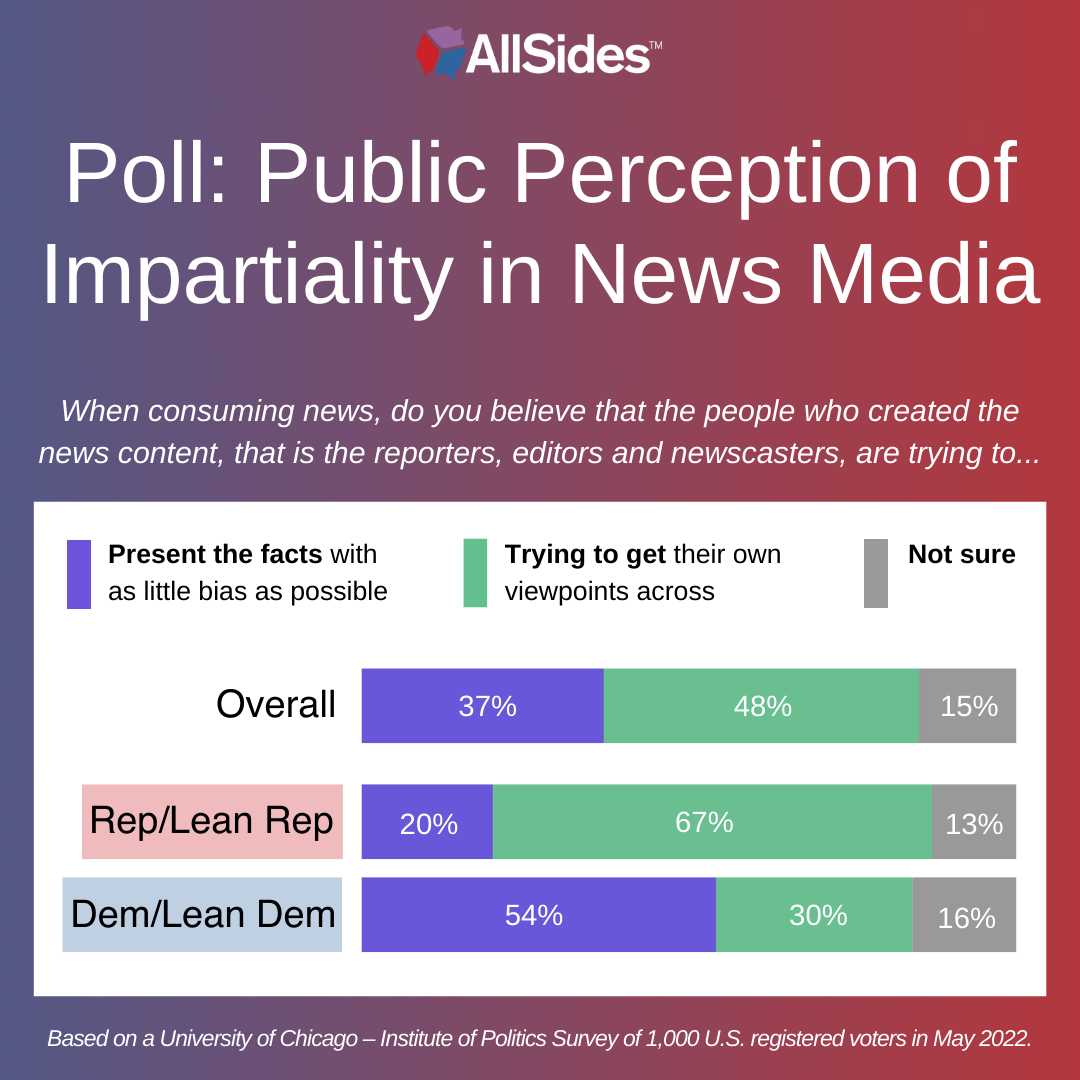 The University of Chicago Institute of Politics survey also found that about half (49%) of respondents claim they have friends or relatives who they believe have changed their views because of the media they consume.

RELATED: Over Half of U.S. Journalists Don’t Believe Both Sides Deserve Equal Coverage

This reality is why AllSides is committed to releasing people from one-sided filter bubbles. Our belief is that if people only consume media content that aligns with their political beliefs, they may miss out on important perspectives and information.

Andrew Weinzierl is AllSides’ Research Manager and Data Journalist. He has a Lean Left bias.