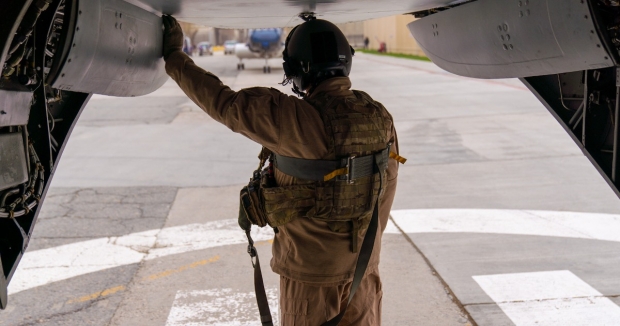 Most of the conversation surrounding the United States’ abrupt departure from Afghanistan this week has understandably focused on the circumstances surrounding the evacuation. But presidents rarely act in a political vacuum. And neither Donald Trump nor Joe Biden would have moved the U.S. toward and then through the exit door in Afghanistan without a healthy and growing populist push from a distracted and impatient American public.

Both Trump and Biden recognized a growing weariness toward the war among this country’s voters, and that antipathy created an environment in which Trump and Biden understood the considerable political benefits in winding down the conflict.

The American people weren’t always so unhappy with the war. Back in 2002, only a few months after President George W. Bush first ordered the invasion of Afghanistan, public support stood at an extraordinary 93 percent. After Al-Qaeda and the Taliban had been defeated, a partisan divide began to emerge. By the time Bush was re-elected in 2004, backing among Democrats had begun to shrink while support among GOP voters stayed strong. Barack Obama’s troop surge caused those numbers to temporarily increase, but by the time of Osama bin Laden’s death in 2011, a majority of Americans wanted to see the war brought to a close.

Trump, who upended Republican orthodoxy on any number of issues during his first campaign, harshly criticized the Afghanistan and Iraq wars and was rewarded by massive grassroots support from a resurgent isolationist wing of the GOP. He successfully contrasted himself with traditional internationalists like Jeb Bush and Hillary Clinton, and rode that figurative and literal wall-building agenda to the White House. At the same time, Bernie Sanders had demonstrated the return of an equally strong stay-at-home movement among progressive Democrats. By the time the 2020 presidential campaign got underway, it was clear that the United States was experiencing its strongest case of global withdrawal since the years after the Vietnam War.

These isolationist tendencies are a familiar dynamic in American political history. After every major military action and every significant economic downturn of the last century, voters here have turned homeward, electing leaders of both parties who promise to put our own country’s needs first. This happened after both world wars, after both the Korean and Vietnam conflicts, and after the first Iraq war. Small wonder that as Afghanistan turned into the longest and costliest military exercise in U.S. history, Americans have decided they are not as interested in the rest of the world as we used to be. Add on two wrenching recessions, one caused by a real estate market collapse and the other by a worldwide pandemic, and it’s easy to see why a fatigued American electorate is ready to let the rest of the world fend for itself for awhile.

We see this isolationism and accompanying nationalism in the divisive arguments over immigration policy, the move toward trade protectionism, and the America-first manufacturing agenda broadening its support in both parties. But nowhere are these sentiments stronger than in the area of military engagement, and alarmed U.S. allies are openly speculating about our resolve if a potential conflict were to arise in Taiwan, Ukraine and in other global hotspots.

The biggest problem with these retreats is that they leave a clear path for more malignant forces to expand their reach. All of the military conflicts cited above continued in an international vacuum when the U.S. stepped away, and there is already considerable evidence that China, Russia, Iran and others are looking for opportunities to fill the space we are vacating. History demonstrates that the U.S. and its allies are almost always drawn back to the battlefield after each recess, and typically under much more disadvantageous circumstances.

The greatest irony surrounding our time in Afghanistan is that it began after one of those retreats, when bin Laden gambled that terrorist attacks on the U.S. homeland would cause us to abandon the Middle East the same way we left Southeast Asia after Vietnam. That 93 percent support that the war received in its first months was a direct result of the fresh scars and heated anger that the American people felt toward those who were responsible for the 9/11 attacks. But years pass, memories fade, and people forget. And that’s when the United States packs up and goes home.