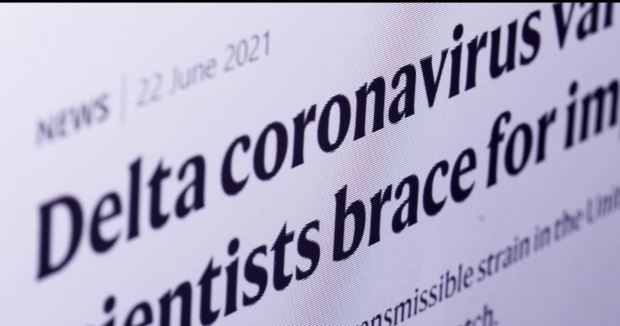 When we talk about including “all sides of the conversation”, we usually mean that different people from different ideologies are able to have their voices heard. When we talk about “building bridges”, we’re usually referring to finding bipartisan opportunities between Republicans and Democrats.

But thanks to the emergence of the Delta variant and the wide range of responses to the calls for vaccines, masks and social distancing, it feels like we are on the precipice of a much larger and more dangerous divide in American society. The anger and the mutual disdain between those of us who have followed COVID-19 guidelines and those who have not has surfaced fairly consistently over the course of the pandemic. But it appears as if that fury is about to explode in a potentially destructive way.

When the shutdown came last spring, most of our venting had a convenient partisan outlet. Those who followed the social distancing rules could condemn Donald Trump for his response to the virus: those who ignored the masking and other requirements blamed an assortment of mayors, governors and health department officials. But much of the vitriol seemed like an outgrowth of typical campaign bickering: the charges and insults fit neatly into the context of a presidential campaign. Even though the stakes –in terms of people’s jobs, homes and lives -- were much higher than in most partisan political debates, the contours of the COVID-19 argument largely mirrored that of the general election dialogue.

Except for those familiar political foes, it was also difficult to find a useful scapegoat for a once-in-a-century worldwide plague. Making China into a target was tempting, but Trump’s maladroit attacks on that country turned that resentment into a partisan issue as well. Those who criticized China for its nebulous role in identifying and confronting the virus risked being typecast as Trump supporters, which quickly discouraged half the country from any serious Sino-bashing. Blaming either nature or biology was very unsatisfying too, so we were left with a seminal crisis but no villain on whom to assign responsibility.

But in addition to the increased speed and accompanying danger of the Delta variant, this new threat is different in other important ways too. Because the data shows so clearly that mutant strains of the virus disproportionately impact those who have not been vaccinated, the resentment from those who have taken the shot toward those who have not is much more palpable. Unlike last year, we now have the tools of medicine to protect us. But those who have resisted or rejected vaccination are now putting the rest of us at risk, and we are beginning to see increasingly frequent examples of that hostility playing out in our communities.

It may not be long until that anger is no longer expressed only verbally but physically as well. As our society continues to move to another shutdown, the potential for violence against anti-vaxxers is growing. As suggestions for social distancing and mask-wearing turn into mandates, such frustrations could manifest themselves in very ugly ways.

Making matters worse is that most of us thought that the worst of the pandemic was behind us. Just a few weeks ago, most of the country was making plans for a post-COVID-19 existence. Businesses were preparing schedules for their employees to return to the workplace, schools were working through the logistics of in-person classes, and local and state governments around the country had ditched their masking requirements.

But now we’re backsliding, and most of the determination and patience and commitment that got us through the last year is gone. We’re realizing that COVID-19 will be with us for quite some time, and the people we know to be responsible for its resurgence are very apparent. The temptation to lash out against them will only intensify.

So those of us who believe in hearing all sides of the conversation and building bridges to those with whom we disagree are about to face a considerable challenge. Finding common ground with someone who disagrees with us on tax policy or engaging in conversation with someone who voter for another candidate is difficult but laudable. Attempting to persuade someone whose vaccine resistance puts you and your family in danger will be a lot harder. But screaming, yelling and threatening are rarely effective tools for persuasion. Those of us who believe in the importance of civil dialogue will have that commitment tested in the days and weeks ahead.