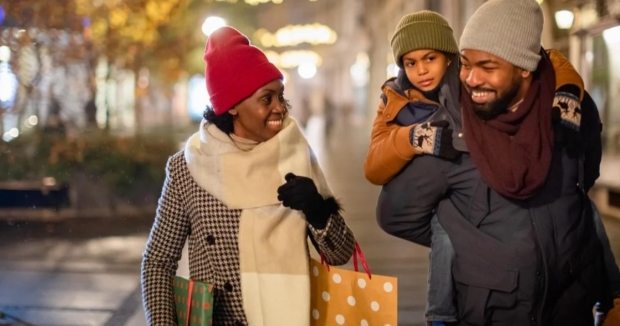 Every major religion in the world has a tenet around being generous. In Islam, it is zakat; in Judaism is tzedakah; in Hinduism and Buddhism, it is called dana. In Christianity, it is charity. And our nation seems to highlight charity from Thanksgiving to New Years Day, since 31 percent of all charitable donations are made in the month of December.

It’s hard to mistake “the Christmas season” with all the festivities, the lights and the music, regardless of your personal religion or non-religion. A wave of generosity engulfs our nation, Christians and non-Christians alike. The idea of giving to those less fortunate, goodwill towards others, and the simple sharing of joy and love with family and friends is something all of us hope for and can aspire to.

This season is a time to reflect and act positively on what is really important in life.

And so in the spirit of this holiday season we would like to share with you three Christmas songs that go beyond the jingle bells, reindeer and anticipation of gifts from Santa, to touch our hearts and souls and serve as a personal call to action.

One such classic is John Lennon’s enduring “Happy Xmas (War Is Over)”, which he wrote shortly before his death. When Lennon was assassinated, countless fans of all ages, races and faiths gathered outside his apartment to sing his song. And legend has it that the mindset of the song took hold for the weekend and there was no reported crime that weekend.

Some 50 years later, as our nation faces a divided time, let us reflect on Lennon’s lyrics:

And so this is Christmas

For weak and for strong,

(War is over if you want it)

For the rich and the poor ones,

The road is so long.

(War is over now)

And so happy Christmas for black and for whites,

(War is over if you want it)

For the yellow and red ones,

Let's stop all the fight.

Stevie Wonder’s “Someday at Christmas” written by Ron MIller and Bryan Wells and first recorded in 1967, is a beautiful holiday season reminder of what the season is all about:

Someday at Christmas there’ll be no more war

When we’ve learned what Christmas is for

When we’ve found what life’s really worth

Then there’ll be peace on earth.

Someday at Christmas man will not fail

Hate will be gone and love will prevail

Someday a new world that we can start

With hope in every heart.

And lastly a song from 1984 was a powerful message about the famine in Africa that plagued the continent at the time. Recording stars including Bono, Sting, George Michael, Kool and the Gang, all of Bananarama and Boy George, among others, came together to sing “Do They Know It's Christmas?”

These moving words resulted in the song selling over 2 million copies in 1984 and, more importantly, raising more than $24 million to fight world hunger:

There's no need to be afraid

We let in light and we banish shade

And in our world of plenty

We can spread a smile of joy

Throw your arms around the world

But say a prayer

Pray for the other ones

At Christmas time it's hard

But when you're having fun

There's a world outside your window

And it's a world of dread and fear

The Christmas spirit is a feeling of generosity. When we can relax into our shared humanity and focus on the needs of others, this spirit becomes joyful. When we give up the competition for the perfect gift, the perfect party, etc., we stop to notice the beauty of each person we encounter. Recognizing the gift each of us brings to the world is what the season is really about.

This piece was originally published by The Fulcrum and is republished with permission.

Debilyn Molineaux is co-publisher of The Fulcrum and president and CEO of the Bridge Alliance. She has a Lean Left bias.

David L. Nevins serves as co-publisher of The Fulcrum, and is co-founder and Board Chairman of the Bridge Alliance. He has a Center bias.

Please email pop-culture@fulcrum.us with ideas you have as to songs that have inspired during the holiday season or simply share experiences you have had that speak to the true meaning of the season