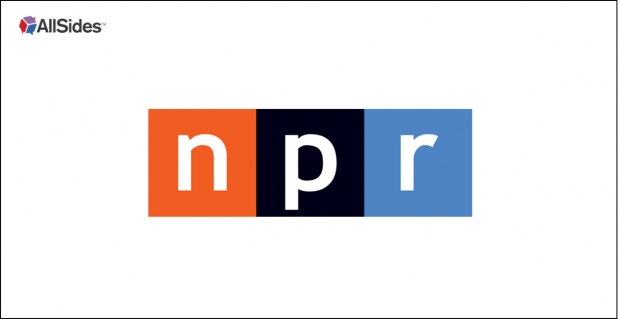 During our editorial review, the AllSides team — made up of people from all over the political bias spectrum — reviewed NPR News' recent coverage and unanimously determined that NPR maintains a Center media bias. NPR online news does not predictably show coverage favoring left or right perspectives, and generally reports in a way that fairly showcases the perspectives of both the Left and the Right. NPR online news does not use emotionally charged or polarizing language, and maintains a relatively fair representation of issues. We found its reporting to be fact-based and not leaning left or right.

Our team noted that NPR does not give lots of coverage to current hot-button issues frequently seen in coverage on the Right — such as free speech, abortion, or the Second Amendment — and in that same vein, does not give lots of coverage to hot-button issues often covered by the Left — economic inequality, climate change, or social justice initiatives. Instead, it opts to cover issues that are of equal concern to both sides, such as healthcare, immigration, and representative politics, such as Congress and election coverage.

It's important to remember that a Center media bias rating from AllSides does not necessarily mean a source is neutral, unbiased, or entirely reasonable. A Center outlet either doesn't show much bias at all, or its bias leans to the left and right equally at different times. It may also mean the outlet does a good job of portraying both sides equally. Sometimes, a media outlet with a Center rating misses important perspectives.