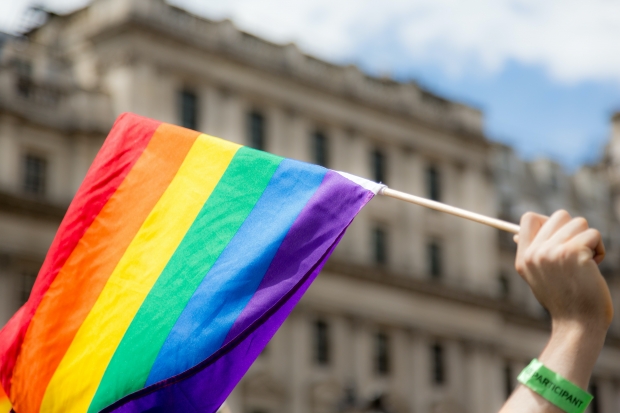 Here's a brief overview of both Donald Trump and Joe Biden's stances on LGBTQ+ policy, plus quick links to articles covering the topic from across the political spectrum as determined by AllSides Media Bias Ratings.

The Trump campaign has a website called “Trump Pride,” which describes President Donald Trump's plan “to end the HIV epidemic,” and “his global campaign to decriminalize homosexuality in the 69 nations where it is illegal.” The president's website features a page describing his Joe Biden's previous votes and positions on LGBTQ+ matters, under the title, "NOTHING TO BE PROUD OF: THE BIDEN LGBT RECORD."

Trump has faced criticism for purportedly moving to reduce the rights of LGBTQ+ individuals; however, some of those moves were ostensibly made to protect religious freedoms. Trump’s second term agenda makes no mention of LGBTQ+ individuals, but it does include a commitment to "defend the freedoms of religious believers and organizations" under the section "Defend American Values.”

Democratic presidential nominee Joe Biden's website lays out "The Biden Plan for LGBTQ+ Equality”, which include promises to enact the Equality Act during his first one hundred days as president; put employment and discrimination protections in place for LGBTQ individuals; and reverse several policies enacted or reinstated by Trump. He also promises to support LGBTQ+ veterans and reinstate protections for LGBTQ+ people experiencing homelessness.

In a recent town hall, Biden said he would eliminate Trump's executive orders barring transgender individuals from military service and limiting their access to healthcare.

Vox: What a second Trump term could mean for LGBTQ people

Breitbart: Chadwick Moore: Trump Is ‘Most Pro-Gay’ President, Wants to ‘Let You Live Your Life’

Photo by Ian Taylor on Unsplash.