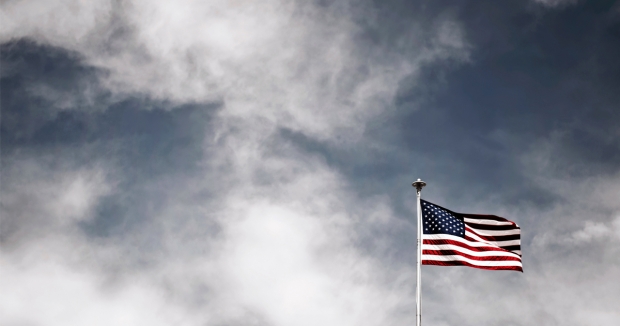 President Trump tweeted about media bias following two mass shootings that occurred over the weekend in Dayton, OH and El Paso, TX. The shootings had claimed 29 lives as of Monday afternoon.

The Media has a big responsibility to life and safety in our Country. Fake News has contributed greatly to the anger and rage that has built up over many years. News coverage has got to start being fair, balanced and unbiased, or these terrible problems will only get worse!

Regardless of your politics, it’s true that the media has a responsibility to ensure the welfare of our nation, yet fake news and media bias remain prevalent in our current landscape. This only divides us and pushes the most troubled among us to extremism and violence.

Extremism isn't relegated to just the left or right, but you may believe it is if you consume only biased media. The suspected El Paso shooter, Patrick Crusius, had strains of thought from both the left and right, writing in a manifesto that he hoped to stop the "Hispanic invasion of Texas" and believed he was “defending my country from cultural and ethnic replacement brought on by an invasion.” He also wrote that he was concerned about automation of jobs, anti-environmentalism, and corporate-controlled government (decidedly left-wing views). Meanwhile, the Dayton shooter, Connor Betts, was a self-described leftist who railed against guns and border fences, supported Elizabeth Warren, praised Satan and stated, “I want socialism, and i'll not wait for the idiots to finally come round to understanding.”

While it's clear both the far left and the far right and anything in between can become violent, the media and politicians create an environment that marginalizes certain views or pushes people to extremes.

Media outlets often report a one-sided, biased narrative that obscures or delegitimizes certain views and concerns. We receive only a caricature or misrepresentation of the other side. For example, on the right, many white people have fears about how changing demographics will impact their culture and economic opportunities. On the left, many believe it is morally right to welcome immigrants who are fleeing violence and economic issues.

Yet the left continually responds to the right’s concerns by telling them to “check your privilege,” and the right continually tells the left they are going to “destroy America.” Media outlets and politicians pander to these views. President Trump has received criticism for what many on the left perceived as unfair blanket statements, such as when he said Mexico is "sending people that have lots of problems, and they’re bringing those problems with us. They’re bringing drugs. They’re bringing crime. They’re rapists. And some, I assume, are good people." Meanwhile, the left says Trump is a fascist, white supremacist who may refuse to leave office if voted out, and anyone who supports border control is racist.

The media and politicians do little to add nuance to our national conversation — nuance that would help us to see that both the left and right have legitimate points and bring us closer toward balance. The media has a responsibility to reflect both sides in good faith, so that we can get all perspectives and ideas in the room and determine the best path forward. Yet they are failing. Media bias blinds us to alternative views, marginalizes certain viewpoints, and causes us to view the other side as illegitimate and evil. We can’t begin to compromise if we can’t really see one another.

Coming up with solutions will mean taking the concerns and values of both sides into account. Yet as long as the media and politicians obscure, delegitimize and exaggerate the views of the other side, we will remain mired in contempt, standing firmly on our respective poles, far removed from any point of consensus. The most desperate among us may lash out hoping to be heard.

This piece was reviewed by Henry Brechter, Daily News Editor at AllSides. He has a Center bias.