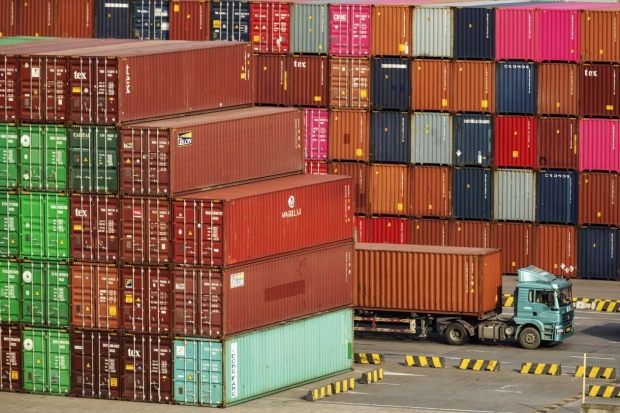 President Trump on Friday increased tariffs on $200 million in Chinese goods from 10 percent to 25 percent.
Some say the move will hurt American businesses and consumers, who will foot the majority of the bill, while others argue that the duties will even out the trade relationship between China and the U.S., which many experts say is weighted in China's favor.
Check out some other big stories this week: April 2019 Jobs Report Shows Strong Job Gains and Low Unemployment, Cory Booker Unveils Gun Control Plan, and House Committee to Vote on Holding Barr in Contempt.
New Podcast: AllSides was on the First Five! AllSides CEO John Gable appeared on the Freedom Forum Institute's First Five podcast to discuss whether media bias is a bad thing, if AllSides has ever been accused of bias or posting fake news, how the business model of online news encourages bad behavior, and more! Listen to the full podcast here.

"The U.S. increased tariffs on $200 billion of Chinese goods to 25% Friday as President Trump ratcheted up pressure on Beijing and threatened to impose additional levies on virtually everything China exports to the U.S.'"

U.S. escalates trade war amid negotiations, China says it will hit back
Reuters

"Trump, who has adopted protectionist policies as part of his 'America First' agenda, issued orders for the tariff increase, saying China 'broke the deal' by reneging on earlier commitments made during months of negotiations."

"The president has often claimed that tariffs will benefit America, saying Friday that the payments from the levies will 'go directly to the Treasury of the U.S.'However, many experts say that since tariffs are applied on foreign goods purchased in the U.S., the costs often get passed down to U.S consumers when retailers or other importers charge higher prices."

"Though still modest in their economic impact, the tariffs have symbolism that stings these long-standing U.S. allies and trading partners. For the most part, they do not abuse international trade rules as China does. Indeed, they share many of the United States’ concerns with Chinese protectionism, theft of intellectual property and subsidized state enterprises. Yet by bracketing old friends with Beijing, even justifying some levies against them (on steel and aluminum) on “national security” grounds, Mr. Trump has made it politically difficult for them to rally to the U.S. side in the dispute with China. They were in fact obliged to retaliate."

"It’s important to realize, by the way, that the threat to farmers isn’t just about possible foreign retaliation to Trump’s tariffs. One fundamental principle in international economics is that in the long run, taxes on imports end up being taxes on exports as well, usually because they lead to a higher dollar. If the world descends into trade war, U.S. imports and exports will both shrink — and farmers, among our most important exporters, will be the biggest losers."

"'Workers in very Republican counties bore the brunt of the costs of the trade war, in part because retaliations disproportionately targeted agricultural sectors,' researchers wrote in the UCLA-led study. When combined with protectionist policies that shielded some U.S. companies from competitive imports, the U.S. economy lost an estimated $7.8 billion because of the tariffs imposed on China and other countries last year."

"First, Trump picked the right moment for this showdown. The U.S. economy is growing and unemployment is at a 50-year low. In contrast, China’s economy isn’t booming. It's growing, but at the slowest rate in years. Their stock market is off, and U.S. tariffs could dent China’s annual growth rate and compel President Xi Jinping to spend on an economic stimulus."

"Higher taxes (including tariffs) always affect the consumer, either now or later, either directly or indirectly, and Trump should know this after arguing for his tax cuts. Yes, tariffs can result in immediate markups, but they can also lead to higher costs generally in a million subtle ways. For example, many U.S. manufacturers use foreign products and materials, and so tariffs can also cause American-made products to go up in price. For example, Trump's steel and aluminum tariffs are making everything from American cars to oil pipelines more expensive.”

No cheating on friends
The Washington Times Editorial Board

"Tariffs provide a safe harbor for inefficiencies, and protect markets and manufacturers from the need to innovate and increase productivity. But as a short-term strategy to get the Chinese to the table to make agreements to protect American intellectual property, for example, it might be that rare occasion on which to do something bad so that good may come. A tariff strategy worked with the Europeans, and for Japan, Mexico and Canada, and now they’re talking about new trade deals that critics of the president said would never happen."