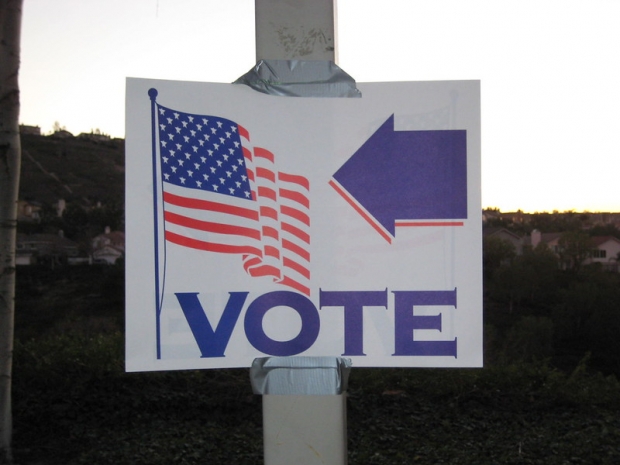 Voting is a major issue on the right and the left. Both sides want free and fair elections, but they have different ideas of what the problem is with our current election model, with one side more likely to be worried about voter fraud and the other, voter suppression.

Politicians and partisan media often try to motivate their base to subscribe, donate, engage and turn out to vote by blaming the other party. This can slowly degrade citizens’ trust in the democratic process until their fears are resolved or positive changes are made.

Related: What the 2022 Candidates Are Saying About Voting Rights and Elections

How the Left Views Voting Rights and Election Integrity

The left sees voter suppression as a major issue because it deprives eligible citizens from shaping democracy and having their voices heard.

Voter ID laws are one form of suppression the left hones in on. While the criticisms of voter ID come predominantly from those on the left according to 2021 data, 62% of Democrats support voter ID laws. According to the ACLU (Lean Left), millions of Americans lack ID, and minorities would be disproportionately affected by a requirement to show ID. Some see laws requiring ID as an intentional move to block minority and low-income groups from voting because IDs cost money, which would prevent eligible citizens from having access to voting. The ACLU argues that even free IDs require voters to incur costs due to travel expenses and document fees to acquire birth certificates, etc.

It isn’t just IDs– many outlets and figures on the left report that Georgia is criminalizing giving food and water to voters waiting in line by anyone other than election poll workers. They argue this can suppress the vote by reducing the number of voters willing to wait in line. While both parties oppose voter intimidation and harassment, the right sees this restriction as a necessary response to partisan groups using water and food as an excuse to harass voters in line with political messages (which is illegal in Georgia).

Laws that prevent ex-felons from voting are also seen by the left as suppressing minorities, as some statistics say as many as one in three African American men will accrue a felony conviction in their lifetime.

The left also critiques voter roll “purges” that happen in some states, whereby state officials use various measures to keep voter rolls accurate and up-to-date but the left sees these as moves to remove eligible voters from voter registration rolls. For example, one method removes people from voter rolls if they did not vote in multiple elections and failed to return a prepaid address confirmation form.

Another form of purported voter suppression the left emphasizes is cutting voting hours. Many voters rely on early voting, they argue, to get their ballots in as they have busy schedules. The right supports early voting and extended hours but sees some rules (like 17 days of early voting) as excessive and contrary to the concept of Americans voting on roughly the same day to determine their elected officials.

Voter misinformation and confusion is a concern for both parties. Some on the left point to Kansas, a state that recently voted to protect abortion access, as an example of tricky voter harassment tactics used by the other side. In Kansas, former Rep. Tim Huelskamp (R) was connected to misleading texts sent out that said, “Women in KS are losing their choice on reproductive rights. Voting YES on the amendment will give women a choice.” Although the text was framed with pro-choice language, voting yes on the amendment would have given permission for the legislature to ban abortion.

Figures on the left have long advocated for making voting more accessible, and in recent years some have shown interest in expanding voting to non-citizens.

Other expansions were made during the COVID pandemic, including some states moving to no-excuse-needed absentee voting and universal mail-in voting, in which every citizen is sent a ballot. On the left, people were happy with this increased accessibility and many want to make these changes permanent.

How the Right Views Voting Rights and Election Integrity

The increase in mail-in ballots during and after the COVID pandemic makes some on the right wary because some states require no ID to vote by mail, which they argue makes it easier for fraudulent votes to be counted in the election. The right argues voter ID is a simple way to make sure voters are who they say they are, preventing fraudsters from showing up and claiming to be people who aren’t voting, or who moved, were incarcerated, or deceased but are still on the voter rolls. They note that ID is required to do many other things, such as open a bank account, purchase alcohol, apply for government assistance through welfare or food stamps, file for unemployment, drive a car, adopt a pet, or get a hotel room.

Some on the right see Georgia's law banning handing out food and water as a reasonable measure to protect voters from outside pressure. The law does not ban setting up water or food in unattended receptacles, so some emphasize the law's intent to limit soliciting votes by bribing them with food and water products.

In regards to voter rolls, the right points to evidence that they can be out of date and inaccurate. They argue that, unlike other countries like Canada, the rolls often use antiquated systems that don’t reliably update when people move or die in a reasonable time frame, and that leaves the door open for fraud.

Ballot harvesting is another concern on the right. Ballot harvesting is when political operatives pick up mail-in ballots from voters' houses. This isn’t secure, the right argues, because a partisan operative is the one collecting votes, and they can pressure, intimidate, or encourage people to vote a particular way, or even just fill out the ballot and return it for a voter without their consent.

Ballot drop boxes pose a similar security issue on the right. Not only is there no way to be sure someone is only dropping off their own ballot and that the ballot is received from the box, but there is also the threat of intimidation by partisan figures at some ballot boxes.

Some on the right acknowledge that the changes to voting rules were necessary during the COVID pandemic, but also believe that the dominance of mail-in voting and other abrupt changes made the 2020 election less secure and left more gaps in the integrity of the voting system.

The right also argues that information relevant to the 2020 election was suppressed, namely the Hunter Biden laptop story. The story was taken down from social media sites that labeled it, without evidence but due to a general concern of possible foul play, as “misinformation” before the election. After the election and additional media reports authenticated the initial story, social media sites removed the label and stopped censoring it. If the story was allowed on such platforms, it could have swayed voters toward voting for Trump as opposed to Biden, and is one of the reasons why some on the right maintain the election “was stolen”. This issue also relates to Republican opposition to early voting, which they argue can cause people to vote before they have all the information that in-person voters will have on Election Day, such as a breaking news story or other information that comes out just before the election.

A Brief History of Contested Elections

For example, all the way back in 1824, Andrew Jackson won both the popular vote and the electoral votes but was short of the majority needed to win the election. In accordance with the 12th Amendment, the House of Representatives deliberated to elect one of the top three presidential candidates. Henry Clay was the Speaker of the House and a presidential candidate. Clay came in fourth place by electoral votes, so he was not in running for the presidency, but as Speaker of the House, he still had a lot of sway and most of his supporters threw their support behind John Quincy Adams. After Adams won, Jackson said there was a “corrupt bargain” by Clay and Adams to overturn the will of the people.

The 1960 presidential election between JFK and Richard Nixon was also incredibly close, and some claim Nixon could have won if not for voter fraud in Illinois, where there were rumors of Chicago's mayor stuffing ballot boxes in Cook County.

There was also, of course, the contentious election in 2000 with Bush v. Gore. In the Bush/Gore presidential election, the results were too close to call, and weeks of legal battles and recounts ensued. Florida was particularly of interest – many ballots were thrown out due to hanging chads and the court ruled that there was no fair way to recount the votes in Florida. Bush won the state by a few hundred votes. Gore conceded the election after multiple legal motions and shortly after the supreme court decision, over a month after Election Day.

In 2004, when John Kerry ran for president against George W. Bush, polls had him winning by a safe margin. However, the race remained uncalled until the morning after Election Day. While Kerry conceded shortly after, when some looked into how the polls were so wrong, one of the conclusions that spread was that the election was stolen through voter fraud and suppression. Kerry didn’t contest the election at the time but later alleged that Ohio officials (one of the key states in his loss) intimidated voters, swaying the vote.

Stacey Abrams, who ran in Georgia’s gubernatorial race in 2018, alleged that there was voter suppression and discriminatory practices preventing Georgians from voting, though her lawsuit was unsuccessful at proving voter suppression.

Supporters of Hillary Clinton also ran an effort to get 37 Trump electors to switch their vote, against the vote of their states, from Trump to Clinton to deny Trump of the Presidency. This effort was ultimately unsuccessful and was the first time in over 100 years where “faithless electors” attempted to change the results of the election. Hillary Clinton also claimed her loss in the 2016 presidential election was due to voter restrictions and Russian hacking; she lost despite polls predicting her win. She said, “Trump knows he’s an illegitimate president,” in a CBS interview in 2019.

In recent history, Donald Trump has been adamant about his claims that the 2020 election was stolen from him. His lawsuits regarding the election also failed to prove widespread voter fraud.

Related: Perspectives: Voter Suppression and Voter Fraud in the 2020 Election

Gerrymandering – the act of redistricting an area to one party's advantage – makes elections less fair and votes less impactful because voters are more likely to be in a district that is already overwhelmingly partisan. Republicans and Democrats seem to agree to this, yet both still gerrymander when redistricting.

How We Protect Free & Fair Elections

Contentious elections have happened throughout history and will continue to happen, but falsely accusing the other side of stealing the election is a result of feeling cheated and sows distrust among Americans. If this distrust in each other and in foundational democratic institutions continues to build, it could threaten the democratic process and shift us toward a more authoritarian form of government in order for one party to maintain power. At the same time, there are legitimate concerns about the voting process, and addressing those concerns could lead to positive voter reform

It’s up to you to decide how big of a concern voter fraud and voter suppression is to you, and it’s important to call out those practices when they happen – but consider the facts and be aware of emotionalism and alarmism. Is the evidence of fraud or suppression coming from the right or the left? Did their candidate win or lose? Is the information credible, or is it trying to sow division?