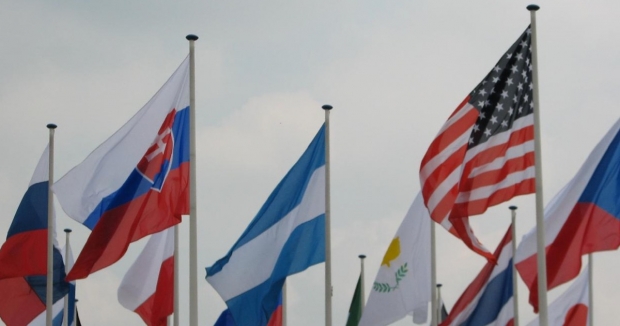 In terms of foreign policy, there are misleading stereotypes of Democrats and Republicans. Supposedly, Democrats are strongly supportive of international cooperation, while Republicans are nationalistic, wanting to focus on America before other countries.

Yet surveys of Republicans generally show strong support for international cooperation. While it is true that Democrats are often more supportive, differences tend to be relatively modest. In many cases, 80% or more of Americans support joint international efforts, with strong support from those across the political spectrum.

In select cases, majorities of Democrats support policies that may be considered more hawkish, or at least prioritizing the interests of Americans over those in other countries. These include support for sufficient nuclear weapons for retaliation if needed, an interest in keeping superpower status, and a belief that protecting jobs of American workers should be a goal of U.S. foreign policy.

Check out the survey results below. This builds off a previous article written on this topic, but this includes many more data points.

This piece was edited by Managing Editor Henry A. Brechter (Center bias), and was reviewed by James Coan (Center) of Braver Angels.