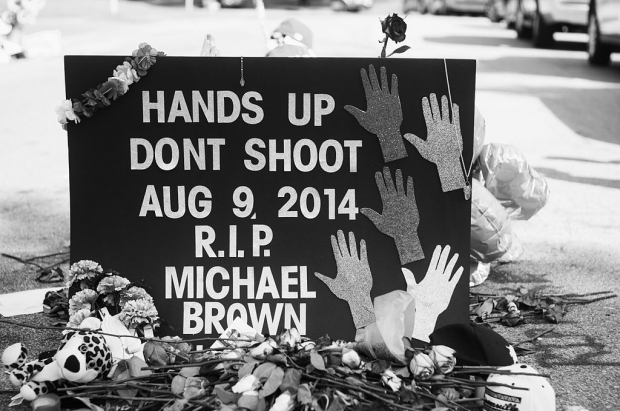 On Wednesday, the Justice Department announced it would not pursue civil rights charges against officer Darren Wilson in the death of unarmed black teenager Michael Brown. It also released a report on evidence of systematic racial discrimination in the Ferguson police department. In keeping with the strong opinions around this case, we're seeing a difference in how the Left and Right highlight the latest news on this story.
Snippets from the Left
DOJ Report Vindicates Ferguson Protesters As Police Department Faces Uncertain Future
Huffington Post
"The long-anticipated report detailed systemic issues with the Ferguson Police Department and its municipal court, and provided accounts of individual incidents, many based on police reports authored by Ferguson officers. The report lends force to the complaints of protesters and some Ferguson residents, who have long said the city treated them as sources of revenue rather than citizens to be protected.
In a briefing with reporters on Wednesday, a Justice Department official expressed confidence that Ferguson could implement a lengthy list of necessary reforms."
Snippets from the Right
DOJ Report: Michael Brown Fought With Officer Wilson, Reached For His Gun
Townhall.com
"Remember, 'Hands up, don’t shoot?' It’s the gesture that some said encapsulated the shooting death of Michael Brown by then-Officer Darren Wilson in Ferguson, Missouri last summer–and now we can finally put this narrative to rest. It’s false–and the Department of Justice confirms it. Their report, which cleared Officer Darren Wilson of civil rights violations, noted that Michael Brown fought with Wilson, reached for his gun, and then charged the beleaguered policeman, leading him to fire his weapon in self-defense."
Snippets from the Center
What the Department of Justice Ferguson report says about 'Hands up, don't shoot'

"So what of the witnesses who claimed Brown had his hands up in a surrender position?
Several of those witnesses recanted their initial statements and confessed they did not witness the critical moment of the shootings or provided inconsistent statements. These include at least six witnesses, according to the report.
...
The Justice Department did not find grounds to charge Wilson, but did find evidence of systematic racial discrimination in Ferguson at the hands of the city's police department and municipal court."
Discover more on this topic on AllSides.
DOJ, Criminal Justice, Department Of Justice, Ferguson, News