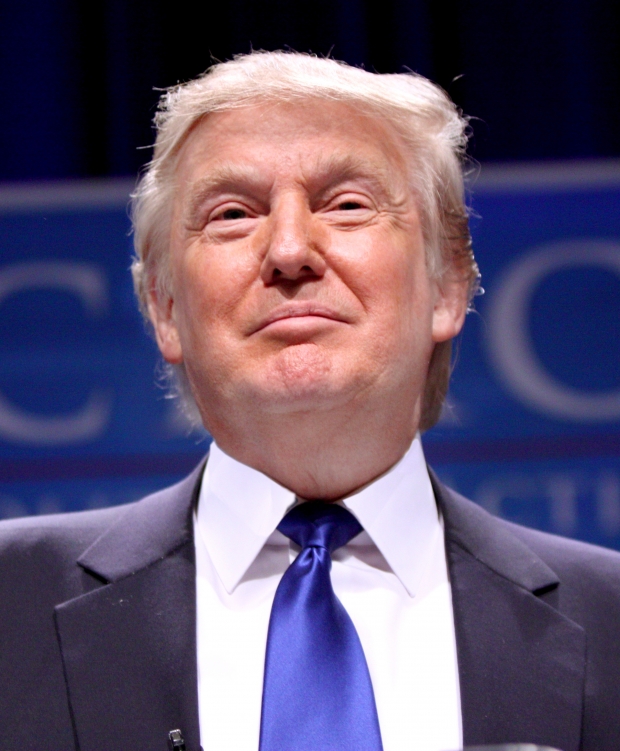 Donald Trump won 45.9% of the GOP vote in Nevada on Tuesday night. In response, social media and news headlines immediately lit up with even more Trump debate than usual. With the nomination seemingly in striking distance for Donald Trump, we’re bringing you four different viewpoints on this candidate today.
See other news featured by AllSides such as Obama Wants to Close Gitmo, Can Rubio Get The Nom, Mitt Hits Trump on Taxes and the latest AllSides News.
Snippets from the Pro-Trump Right
Trump Exposing the GOP, A Large Group of Delusional and Incompetent Politicians
TownHall
“In nine months, Donald Trump has undoubtedly changed the political nightmare that has consumed this country.  Donald Trump single handedly destroyed the Jeb Bush campaign and did so with ease.  He is making a mockery of the two first term Senators and is on a clear path to winning the Republican nomination.America, this is but a small sample of the 'shake-up' that you have been yearning for.  Donald Trump does not just say he is going to change things, he already has. From the north to south to the far west, Trump has catapulted his way to victory practically by himself. He has exposed the GOP for what we all thought it was, and for what some of us already knew it was.Donald Trump is not perfect and has many flaws.  However, Donald Trump is real.  He does what he says and makes politicians quiver in their shallow shoes.  There will never be another Donald Trump and maybe we should think twice before throwing him away.”
Snippets from the Anti-Trump Right
It’s Time for an Anti-Trump Manhattan Project
National Review
“Without breaks for water or silence for applause, they must explain that Trump is an entitled mess whose business record is so questionable that he managed to bankrupt a casino; that he is an unashamed fraud who didn’t even wait to be elected president before folding on Planned Parenthood and Obamacare, exactly like the “feckless” Congress he is running against; that he is feigning religiosity to appeal to people he believes are rubes; and, above all, that whatever he may be pretending now, he has spent a lifetime screwing the little guy. They must repeat verbatim his previous words on amnesty; they must outline in detail how his policies will make life worse for everyone; and they must point out that a Trump nomination designed to “mix things up” will result, eventually, in more of the same.”
Snippets from the Left
An Open Letter to My Friends Who Support Donald Trump
Huffington Post
“The kind of leadership Trump is displaying is irresponsible and dangerous. His virulent ideas are seeping into the brains of his supporters. Supporters who think it's okay to say things like ‘light the mother@!$%#er on fire’ while a protester is being dragged out of one of his rallies. Maybe the protester was wrong to be where he was at the time, but no matter what he did, there was no reason to set him on fire. In fact, there is NEVER a reason to set anyone on fire.
…Trump IS the one percent, he IS working on your prejudices, and he WILL destroy the Republic if he is elected, make no doubt about it.
If you don't believe me, just look at the level of crazy coming out of his own mouth…‘[I am] calling for a total and complete shutdown of Muslims entering the United States until our country's representatives can figure out what is going on’ - Donald Trump. That's religious discrimination.…‘You know, it really doesn't matter what the media write as long as you've got a young, and beautiful, piece of @!$%#.’ - Donald Trump. This is misogyny at its finest.”
Snippets from the Center
Why Aren't People Declaring The GOP Race Over — And Trump The Winner?
NPR
“But this is no ordinary year, and Trump is no ordinary candidate. So why aren't more people talking about the race being over?
Here are four thoughts on that and the Trump juggernaut more broadly:1. Donald Trump is the clear front-runner but not the inevitable nominee — yet.In a normal election year we'd say someone who won the New Hampshire primaries by a yuuuuge margin and the South Carolina primary by 10 points is the clear front-runner. No Republican candidate has won both those primaries and not gone on to become the nominee. That being said, this is not a typical election year, and there are many Republicans who think either — a.) it's just not possible for Trump to be the nominee, or b.) it would be a calamity for the party's brand and down-ballot prospects if he became the nominee.”
Discover more on this topic on AllSides.
Donald Trump, Election: Presidential