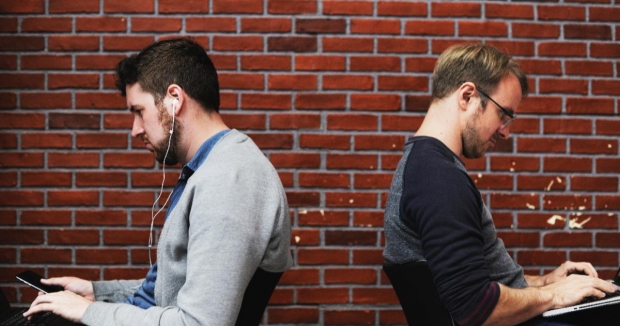 How much we dislike the other side is based in part on what we think they believe, including our beliefs about their political attitudes. Yet a new study suggests we may misperceive what the other side actually believes.

In their journal article “Understanding and Combating Misperceived Polarization,” being released publicly on February 22, professors Jeffrey Lees and Mina Cikara showed that polarization is more than just what we feel about the other side. It is also important when we misperceive the other side. Lees is a behavioral scientist at Clemson who recently received his PhD in Organizational Behavior and Psychology from Harvard, and Cikara is an associate professor of Psychology at Harvard.

Lees and Cikara determined that these misperceptions of the other side’s beliefs strongly fuel our growing animosity toward the other party. Luckily, their study referenced their previous 2019 study, which came with a happy ending: learning about our own false beliefs can fix them, and help reduce resentment toward those not in our political in-group.

Less and Cikara discovered that an informational intervention – exposing the large gap between participants’ perception and reality – is especially effective for reducing affective polarization. They offer a compelling explanation for why this might be so.

Meanwhile, first-order misperceptions are usually less directly relevant to relationships. Even if we are mistaken about another’s beliefs about a given topic – including attitudes on a given political topic – it will not necessarily impact the connection.

In email correspondence, Dr. Lees provided a simple example. A first-order misperception (e.g., “I think my best friend’s favorite color is blue, but it is actually green”) may not impact a relationship much. Yet a second-order misperception (“I think my best friend is angry at me for my choice of a paint color, but he is not”) would often more substantially impact interactions and relationships.

Perhaps most tellingly for our volatile political climate, Lees and Cikara cited other recent work from Moore-Berg et. al. (2020). Moore-Berg et. al. found that mistaken beliefs about what members of the opposite party think of us are uniquely associated with the willingness to violate democratic norms in favor of in-group loyalty. In other words, being overly pessimistic about what the other side thinks of us is especially dangerous to our democratic republic.

So as we continue to spar over political differences and grow ever more polarized, let’s remind ourselves of what Lees and Cikara’s studies suggest. Maybe those on the other side do not believe what we think they do, and maybe they do not think as badly of us as we think they do.

If we engaged with the other side or came across informational interventions and learned this, we would be less polarized. Of course, the question of how polarization is tearing apart our friendships and families is complex, and the misperceptions in this focused study are only a piece of the larger puzzle. But at the same time, the findings of the study are significant and offer us a partial answer for how we can piece ourselves together again in these divided times.