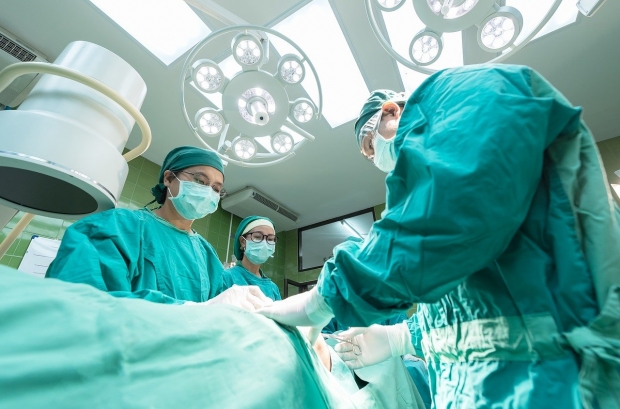 America’s attention on the Supreme Court will soon shift from the confirmation of Amy Coney Barrett to the cases being decided this term. Only a week after the election, the justices will hear a case on a topic – healthcare – that appears to divide many Americans.

Yet data suggests that Americans across political divides actually agree on many healthcare topics, including allowing Medicare to negotiate drug prices; expanding Medicare access; and preserving rules on health care premiums. And at a more basic level, Americans across the political spectrum care about health and well-being.

The Affordable Care Act (aka Obamacare) was passed by Congress in 2010, and has brought up much controversy among Republicans and Democrats. There is a wide spectrum of perspectives on the proper role for government in healthcare.

A case that tests the Affordable Care Act, California v. Texas, is scheduled to be argued on November 10. Despite the disputes between both parties, there is actually a great deal of commonality among those aligned with the two major parties, including a desire to lower the cost of prescription drugs, and shared goals for the people we care about most to stay healthy.

The Affordable Care Act aims to provide more Americans with affordable healthcare. To achieve this, the act included an individual mandate, which required most Americans to have health insurance. Unless an individual had an exemption, they would be fined if they did not sign up for a health insurance policy. California v. Texas includes this dispute over the fines related to the individual mandate. The Supreme Court had previously ruled the mandate to be constitutional, given Congress’s powers to tax and spend.

However, following the Tax Cuts and Jobs Act’s elimination of the mandate in 2017, some on the right (and states such as Texas) argue that some or all of the Affordable Care Act is now unconstitutional, since the core taxing provision no longer functions. Meanwhile, many states with Democratic attorneys general (such as California) say the Affordable Care Act remains constitutionally protected.

These are divides between Republicans who want less government involvement in healthcare and Democrats who are comfortable with more involvement. But when taking a step back to look at what we actually want, both sides have more in common than one might expect — or than the parties themselves would probably admit.

Both parties agree on average that Medicare should be permitted to arrange deals with private insurance companies to lower the cost of prescription drugs. The lower cost of medicine would mean that citizens would pay less out-of-pocket over time.

According to a multi-year survey with tens of thousands of respondents conducted by the School of Public Policy at the University at Maryland, 92% of both Republicans and Democrats agree that Medicare should be allowed to negotiate drug prices. From this, we see evidence that both parties agree on the fact that Americans would benefit from paying less for the medicine they need, no matter who they vote for.

Data suggests that both parties think it’s wrong to pay exorbitant sums of money for life-saving medicine, and that working to lower these out-of-pocket costs for everyone is a necessary move. Starting from a place of consensus will help further the peace among topics regarding healthcare.

The same survey also shows roughly 80% of both Republicans and Democrats support changes to the patent system to allow generic drugs to reach consumers more quickly. At least 70% of both Republicans and Democrats believe people age 55 and older should be able to purchase a Medicare plan. And at least 60% of those in both parties support keeping certain Affordable Care Act rules in place; specifically the rules that insurance companies cannot set premiums for older people more than three times higher than those for younger people, and rules barring insurance companies from considering pre-existing conditions when setting premiums.

At a more fundamental level, both sides clearly see a need for attainable healthcare. It is evident that we all need to be healthy to work, take care of our families, and be productive citizens. The bottom line uniting both parties is the concern for our loved ones and desire to see them taken care of. If they do get sick, we simply want to provide them with doctors and hospitals we trust at prices that won’t bankrupt us. We sometimes get so caught up in the best way of doing things that we forget what we are actually fighting for together.

Let’s use these overlaps between Democrats and Republicans as starting points for working together and improving the overall health of Americans.