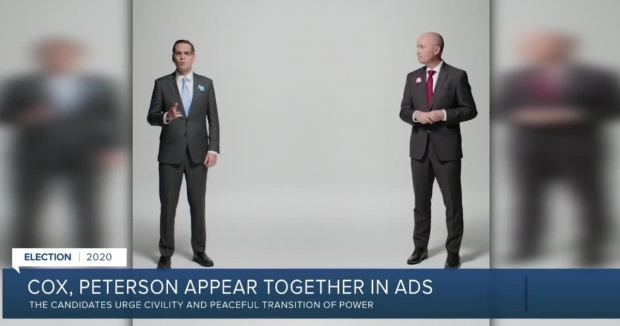 In a year when partisan rancor was rampant on the national political stage, glimmers of hope for positive campaigning still shone through. One case of this was the Utah gubernatorial election.

Chris Peterson and Spencer J. Cox, opponents in the election, produced very popular shared ads promoting civil discourse and affirming their commitment to the principles of democracy. In an opinion piece co-written by the opponents, they wrote that they “hope to serve as examples in reforging a national commitment to civility and respect for the peaceful transfer of power.”

Peterson and Cox also encouraged other politicians to campaign similarly, writing that they should focus on promoting their own policies instead of degrading their opponent. This form of campaigning is called positive campaigning, and it reincorporates civility into politics.

While it is encouraging to see politicians advocate for civility on the campaign trail, positive campaigning is far from being widely adopted. In Utah, the election‘s lack of competitiveness allowed the candidates to pursue altruistic goals without affecting the outcome. The Republican ultimately won more than twice as many votes as the Democrat.

The Utah governor’s race can provide a template for future campaigns. But the race was not close. What is needed to make this kind of campaigning the norm, even in close races? How can we go back to the extremely close 1960 campaign, when only 10% of the campaign ads were negative?

Negative partisanship refers to voters who are motivated by dislike or even hatred for their political opponents more than positive feelings for their own party. This is dangerous to democracy because it can lead voters to view other parties as enemies and to shun opportunities for cooperation.

Negative partisanship is most clearly seen, perhaps surprisingly, among people who lean toward one party or another. A 2017 Pew survey found that about two-thirds of Republican leaners (those leaning toward the party) had “cold” views of Democrats, but less than a third had warm views of their own party. Almost the exact same was true of Democratic leaners, though a few more had warm views of their own party.

This creates a situation where voters leaning toward a party – who are potentially more persuadable and/or less likely to turn out – can care more about blocking the other party than furthering their own’s policy goals. Another group with typically lower turnout, Gen Z, was much more motivated to vote against Donald Trump rather than for Joe Biden when compared with Biden supporters as a whole.

Negative partisanship can cause other problems beyond contributing to negative campaigning. Greater party loyalty can result in nominating subpar candidates, because voters continue to support their party regardless if they support the party’s specific candidate or not. Additionally, politicians may be hesitant to pass bipartisan legislation out of fear that extreme factions of their party will view this as conceding to the opposing party and decide to challenge their reelection.

Several organizations have already begun to humanize members of both parties who hold opposing beliefs. Bridge the Divide, Braver Angels, BridgeUSA, and Living Room Conversations, among others, have been facilitating this, often at the individual level. And at a broader level, there are efforts such as the Jubilee Project and Pathos Labs – not to mention publications such as AllSides – that attempt to reach large audiences with messages that humanize and depolarize.

Through the efforts of these organizations, animosity directed at political opponents will hopefully decrease, freeing America from the stranglehold of negative partisanship. With negative partisanship reduced, positive campaigning will hopefully be adopted by more politicians as their constituents are increasingly motivated by love for their own party. If so, the civility seen in Utah may become a standard rather than an anomaly.

Jackson Lanzer is a high school senior and a young professional member of the Los Angeles World Affairs Council. He has contributed to contestedpolitics.com and is now writing depolarizing articles. His writing has been referenced in USA Today, and he was previously awarded a regional Scholastic Writing Award for critical essay writing in 2020. Jackson has a Center bias.