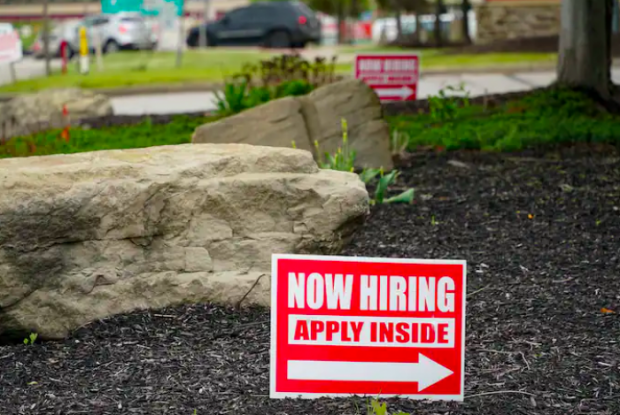 The Bureau of Labor Statistics reported 9.3 million job openings this week, the highest amount since it began tracking the number in 2000 and a good sign for the economy's COVID-19 recovery. Despite this, hiring is lagging behind; the economy added 559,000 jobs in May, more than double the amount added in April but still short of the 671,000 additions expected by Wall Street economists. Reports on all sides point to a potential disconnect between the labor market and potential employees: businesses are quickly returning to work, but many workers remain hesitant.

The economy's recovery has been covered widely across the spectrum. Coverage on both left and right has generally conveyed positive themes about the recovery, while also focusing on companies struggling to fill positions. Right-rated voices have often blamed increased unemployment assistance for purportedly discouraging people from returning to work. Conversely, some left-rated voices framed workplace safety concerns and struggles to find child care arrangements as the main reasons for public reluctance to return to work.

"While companies are hiring as the economy reopens, child care obligations, lingering health concerns, skills mismatches and enhanced unemployment benefits have kept some Americans from returning to the labor force. The number of vacancies exceeded hires by 3.2 million in April, the biggest gap on record."

Behind the May jobs report: Where are the workers?

"Faced with a sudden explosion in demand as the economy reopens, employers are itching to hire. Companies are publicizing wage hikes, one-time bonuses, better benefits. Some are even trying to offer more humane working conditions! So … where are the workers?... Across the economy, there were about 5 percent fewer jobs in May than existed in February 2020, the last month before the pandemic began; in leisure and hospitality, the jobs deficit is 15 percent."

US businesses struggle to fill jobs even as hiring picks up

"The speed of the rebound, fueled by substantial federal aid and rising vaccinations, has created a disconnect between businesses and the unemployed: While companies are rushing to add workers immediately, many of the unemployed are still holding back. Some of the jobless are likely seeking better positions than they had before the pandemic triggered widespread layoffs. Or they still lack affordable child care."

"Republicans say the $300 a week supplement to unemployment insurance, which for many Americans amounts to a pay raise, is so generous that it is acting as a disincentive for people to return to work. President Joe Biden, meanwhile, dismisses that suggestion, saying on May 10, “we don’t see much evidence of that...So who’s right? Is a too-generous UI supplement the major reason workers are not rejoining the workforce? Economists disagree on the answer."

"Some conservative economists and Republicans argue that the federal government's jobless benefit boost is a significant part of the problem. Half of the country’s states, all of which are led by Republican governors, have announced plans to exit from the $300-a-week expanded federal unemployment program early, given recent economic growth and fears of a labor shortage."

"After yet another underwhelming jobs report on his watch, Biden tried convincing us that "America is on the move again." He confidently proclaimed that "our plan is working." What jobs report was Joe Biden looking at? Certainly not the one on Friday that came in 17 percent below economists’ expectations, or the one showing the number of Americans working part-time for economic reasons went up. If America is on the move as Biden claims, it’s a slow crawl, and not the robust recovery we should be experiencing."