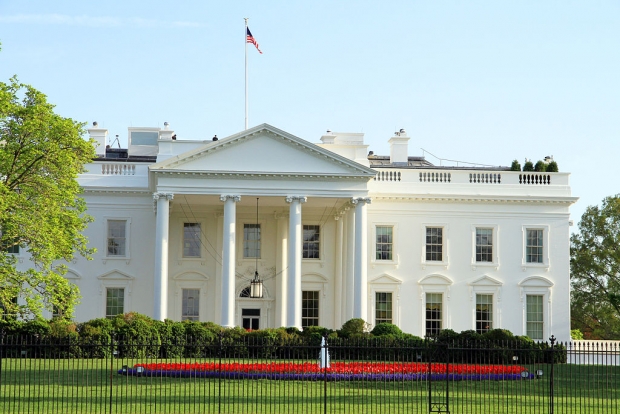 This week the White House held a summit on combating violent extremism. President Barack Obama spoke at the summit and published a related Los Angeles Times op-ed. Opinions across the nation run strong on anything related to terrorism and Islam, so today we bring you multiple views into what the president has been saying this week.

Snippets from the Left
Obama Explains Why He Doesn't Use The Term 'Radical Islam' For Islamic State, Al Qaeda

"Obama said the Islamic State in Syria and Iraq, also known as ISIS or ISIL, is "desperate" to portray itself as a group of holy warriors defending Islam. It counts on that legitimacy, he said, to propagate the idea that Western countries are at war with Islam, which is how it recruits and radicalizes young people.
"We must never accept the premise that they put forward, because it is a lie," he said.
The president said the Islamic State and al Qaeda do draw selectively from Islamic texts to try to justify that they are in a religious war. But, he added, that doesn't mean they speak for the more than 1 billion Muslims who reject the group's hateful ideology and violence."

"With the Pope and Cardinal Timothy Dolan joining Jewish leaders and growing numbers of Muslim officials in Arab lands speaking honestly about the horrors perpetrated under Islam’s name, that leaves President Obama as the odd man out.
Not every Muslim is a terrorist. But almost all terrorists are Muslims. Those two statements are both accurate, as even Egyptian President Abdel Fattah al-Sisi tacitly conceded when he scolded Islamic clerics for failing to halt the spread of jihadists. But inconvenient truths don’t matter to Obama.
…
If the issue were only semantics, it would be minor in the grand scheme. But the refusal to concede that Islamic terrorists are, in fact, Islamic leads to flawed understandings of the problem and missed chances for potential solutions."
Snippets from the Center
Obama Says Terrorists Seek Legitimacy by Using Religious Tie

"President Barack Obama said the U.S. and its allies must strip away any legitimacy that Islamic State and al-Qaeda claim by portraying themselves as religious movements.
Obama, who has come under criticism from Republicans who say he avoids acknowledging the Muslim roots of extremist groups, said terrorists use religion as a recruiting tool by portraying the U.S. and European nations as being at war with Islam."