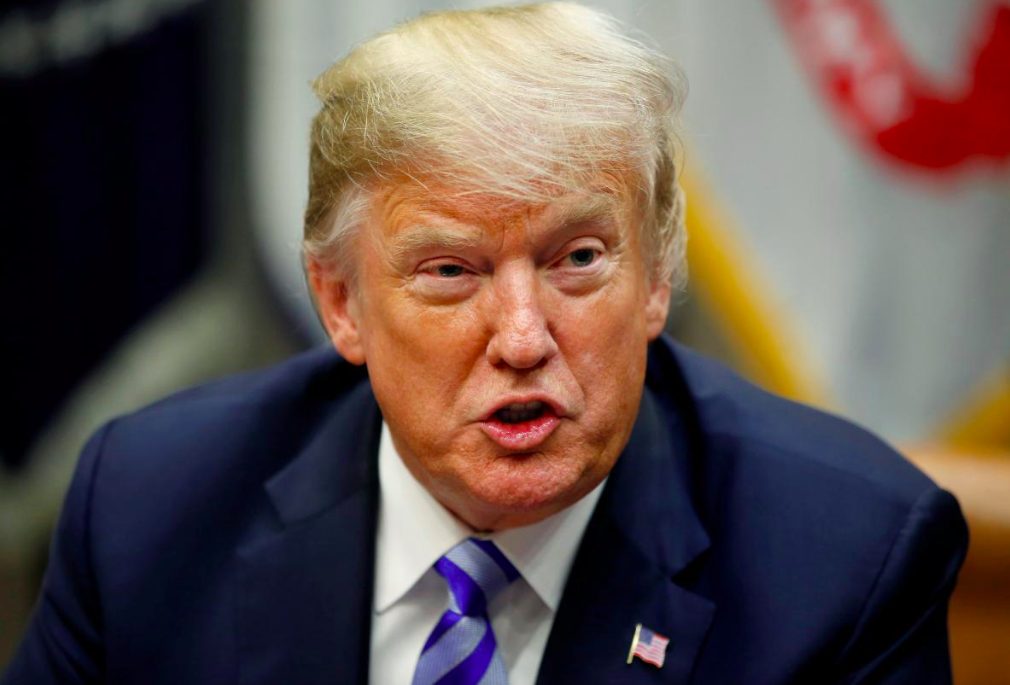 A senior official in the Trump administration wrote an anonymous op-ed published in the New York Times claiming they are working to "thwart" parts of the president's agenda as well as his "worst inclinations". Some have said the approach was cowardly and only confirms previously held assumptions on liberal media bias as well as a perceived "deep state", while others have lauded the author for the message.
Check out some other big stories this week: Trump Disputes Hurricane Maria Death Toll, Blames Democrats, 2018 Midterms: Will There Be a Blue Wave?, and U.S. Marks 17 Years Since 9/11 Attacks.
And take a look at our newest blog post on the Drudge Report's media bias rating.
Snippets from the Center
Senior Trump official describes resistance inside administration: NY Times Op-Ed
Reuters
"Many senior officials in President Donald Trump’s administration have been working from within to frustrate parts of his agenda to protect the country from his worst impulses, an anonymous Trump official wrote in the New York Times on Wednesday.
...
The official wrote that the root of the problem was that Trump is amoral and not moored to any discernible principles that guide his decision-making.
...
Asked about the column during a White House event, Trump called it a 'gutless editorial,' bashed the New York Times as 'failing,' and ticked off economic achievements that he said were proof of his leadership.
...
The Times took what it called the rare step of publishing an opinion column by the official under an agreement to keep the author’s name secret. It said the senior administration official’s job would be jeopardized by its disclosure.
The article further fueled accusations by critics that Trump was unstable and unfit for the presidency, and seemed likely to resurrect talk among some Democrats about potentially impeaching the president should they take control of the U.S. House of Representatives in November elections."
Snippets from the Left
In defense of the New York Times’s anonymous Trump official
Vox
"The root cause of this crisis is that the Republican Party has chosen to back an unfit and dangerous president for crass political reasons. They’re getting the policies they want, including a massive tax cut bill. Why challenge him? There is no reason to believe that one official coming out and condemning Trump as a threat to democracy, or even several, will change the minds of people like Senate Majority Leader Mitch McConnell, who know Trump’s worst habits full well.
...
The author of the op-ed doesn’t go into detail about how he or she can assert the various claims in the piece. There are no specific examples of awful Trump ideas they’ve personally stopped, perhaps because doing so would blow their cover. It’s impossible to evaluate this person’s particular role in all of this, and I won’t try.
But the past two years of reporting has actually uncovered concrete examples of Trump’s staff doing as the author suggests — 'thwarting Mr. Trump’s more misguided impulses.'
...
We have to hope that the author manages to rally other 'resistance' members, or even inspires other Trump administration officials to join.
Is that naive? Probably. But in dark times, we cling to the shreds of hope we’ve got."
Snippets from the Right
The Anonymous Resistance
Wall Street Journal Editorial Board
"Let’s stipulate that publishing an article with an anonymous byline is sometimes worth doing, and we have done it ourselves... We have published op-eds protecting the identities of writers who could face arrest or worse at the hands of dictators or terrorists, while informing readers that the author was using a pseudonym.
...
The op-ed in this case doesn’t meet those standards, not least because it isn’t news. The fact that senior Administration officials have been trying to block Mr. Trump’s uninformed policy impulses, and mute his self-destructive anger and narcissism, has been reported hundreds of times.
...
This week’s op-ed appears to have no such specific or noble purpose. An anonymous writer’s motive is impossible to know, but the op-ed is already having the opposite effect of its self-proclaimed virtue.
Surely the writer knew that such insider criticism in the anti-Trump New York Times would be like waving a red cape in front of a raging bull. Predictably, Mr. Trump is storming on Twitter and going on a mole hunt. Cabinet officers and senior intelligence officials are issuing denials that they are the author, and reporters are trying to get anyone important on the record. The U.S. looks foolish before the world, which makes us wonder if the writer’s real purpose is to assist the looming campaign for impeachment. This is certainly the New York Times agenda.
...
One irony is that the same people praising Anonymous have for months been denouncing all who work for Mr. Trump as moral cretins who will be condemned by history. The anti-Trumpers are calling for purges and ostracism. Yet now Anonymous is a saint for baring his objections without a byline in the bulletin board of the anti-Trump resistance. Brave dude."
Discover more on this topic on AllSides.
Tags:
White House
New York Times
Media Bias
Donald Trump
Story of the Week
News