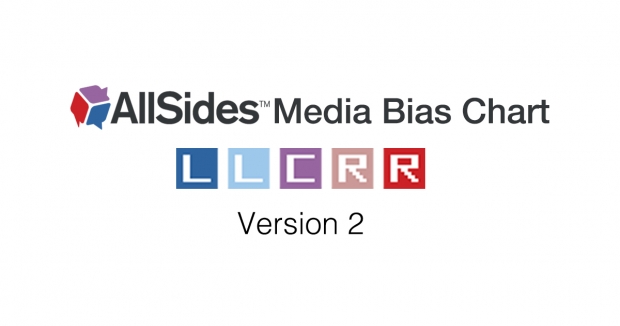 It's here! Version 2 of The AllSides Media Bias Chart features even more outlets than Versions 1 and 1.1, and we've changed the bias ratings for a number of outlets.

The AllSides Media Bias Chart helps you to easily identify different perspectives so you can get the full picture and think for yourself. Knowing the political bias of media outlets allows you to consume a balanced media diet and avoid manipulation and fake news.

Check out Version 2 of the AllSides Media Bias Chart below: 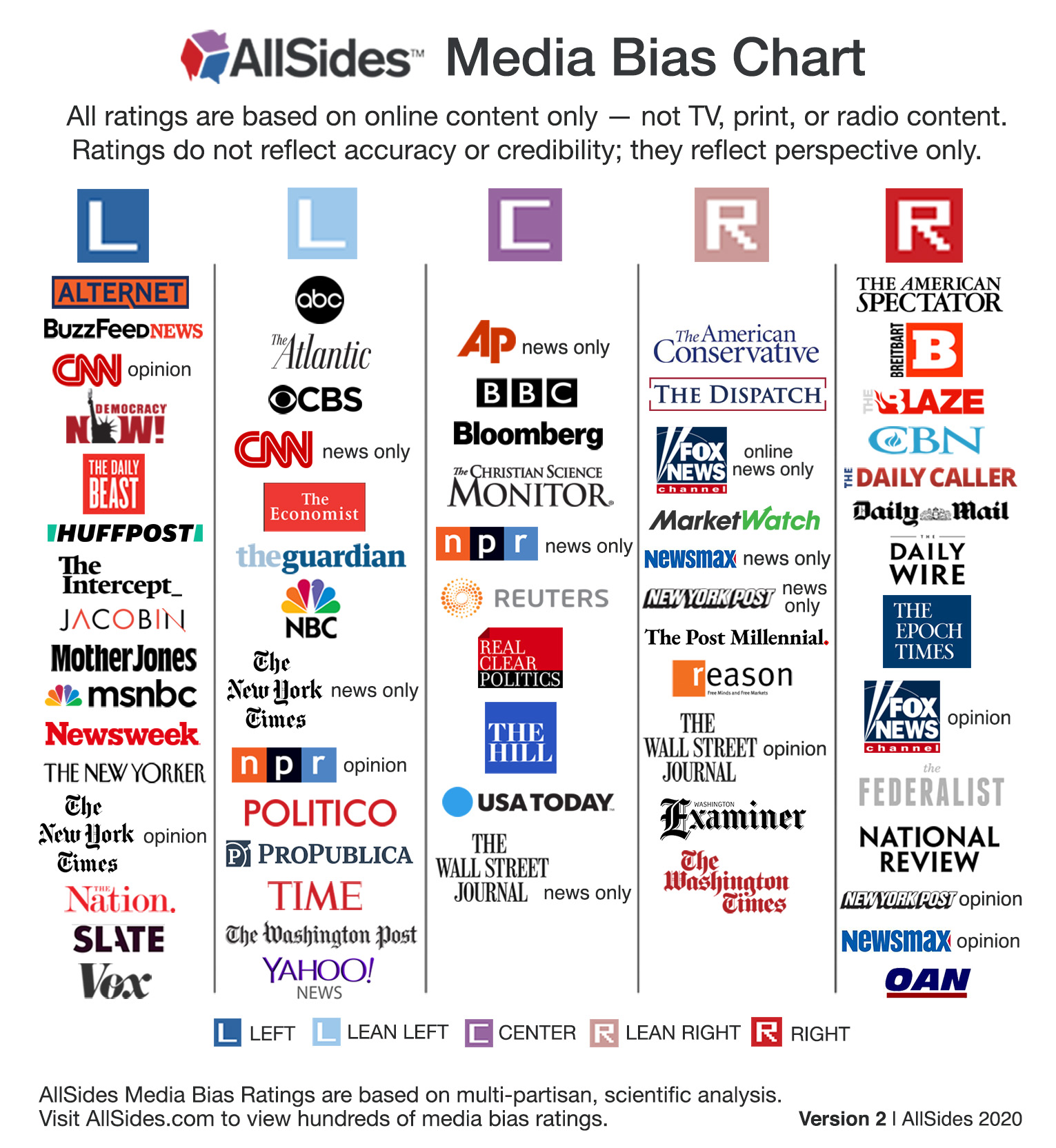 Some reminders about our chart:

Center doesn’t mean better! A "Center" media bias rating from AllSides doesn't necessarily mean a source is neutral, unbiased, perfectly reasonable or credible, just as "far Left" and "far Right" do not always mean "extreme," "wrong," or "unreasonable." A Center media bias rating simply means a source or writer does not predictably show perspectives favoring either end of the political spectrum — conservative or liberal. A media outlet with a Center rating may omit important perspectives, or run individual articles that display bias, while not displaying a lot of predictable bias frequently. Center outlets can be difficult to determine. We encourage people to read outlets across the political spectrum, not just Center outlets.

We don’t rate accuracy or credibility. This chart speaks to perspective only.

Bias is subjective. Whether or not you agree with all of our ratings may depend on your bias. For example, our blind bias survey results found participants who are on the left see AP’s bias as on the border of Lean Left and Center. Meanwhile, people in the center and on the right all rated AP's content as Lean Left.

The left-to-right bias scale is inherently limited and doesn’t tell the whole story about politics. Our scale is a simplified map of a complex landscape of beliefs and ideas — there are plenty of shades of grey in between. Just because a writer or media outlet is rated Left or Right, doesn’t mean you can predict their views on all issues. Our ratings should be viewed as a doorway to identifying perspectives and understanding issues more completely. Go beyond Left versus Right: read about 14 types of ideological bias here.

Disagree with some of our ratings? We care what you think! Email us feedback or vote on our media bias ratings here. Community votes don't determine our ratings, but act as valuable feedback that may trigger deeper review. You can also sign up to participate in our next blind bias survey, coming this summer.

Media bias ratings inform our balanced newsfeed, but unbiased news isn’t making us rich — partisanship and sensationalism are much more profitable. If you would like to support our work, please consider making a donation or becoming a sustaining member. Sustaining members read AllSides ad-free.