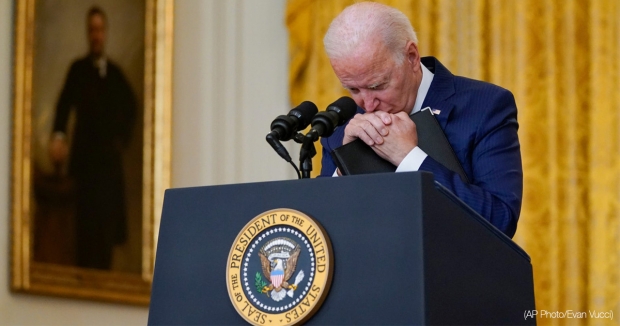 After at least 13 US service members and more than 100 Afghans were killed in attacks by Islamic terrorists near the airport in Kabul, Afghanistan on Thursday — the deadliest incident for U.S. troops in Afghanistan since 2011 — President Joe Biden gave a press conference. AllSides noticed many news outlets led with a particular photo of Biden from the presser — an image of the president standing at the podium, putting his head down on his hands, brow furrowed and face reddened.

The image quickly appeared across social media and as the leading photo chosen by the press to illustrate the event, with mostly right-wing outlets highlighting it. We saw it featured by Newsmax (Lean Right bias), The Daily Caller (Right) — which even circled the image, screenshot below — Washington Examiner (Lean Right), and Fox News (Right). Politico, a Lean Left outlet, also posted it to Instagram. Fox News also ran a story on the photo itself: “Photo of Biden from Afghanistan news conference goes viral: 'A defining image.'” 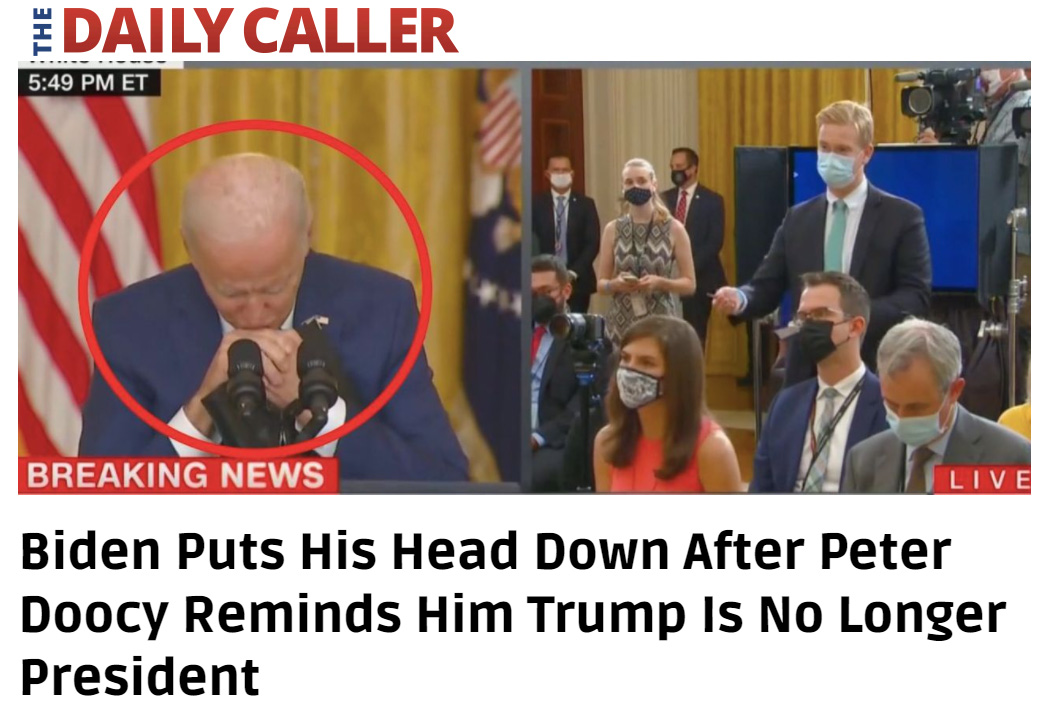 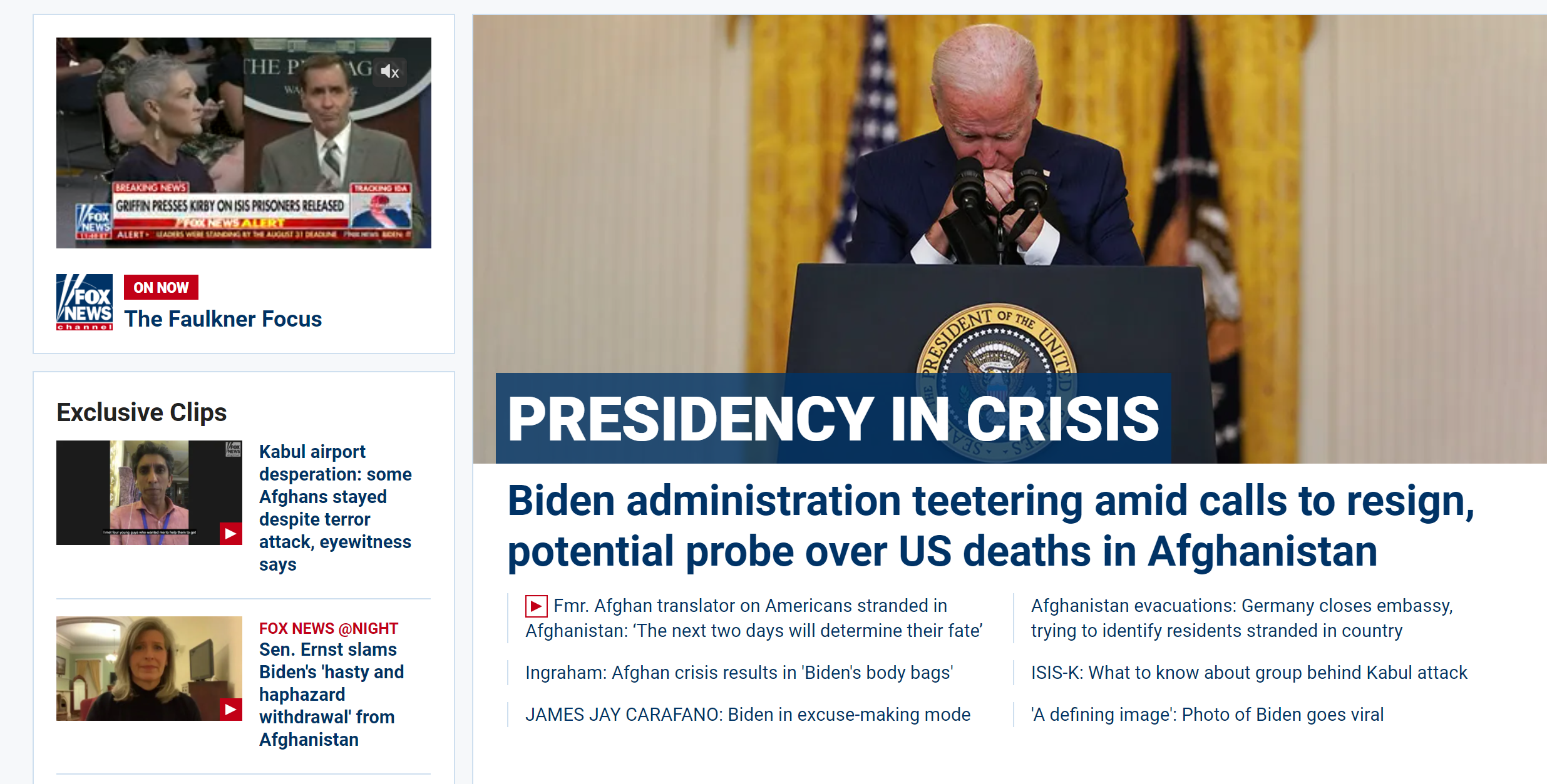 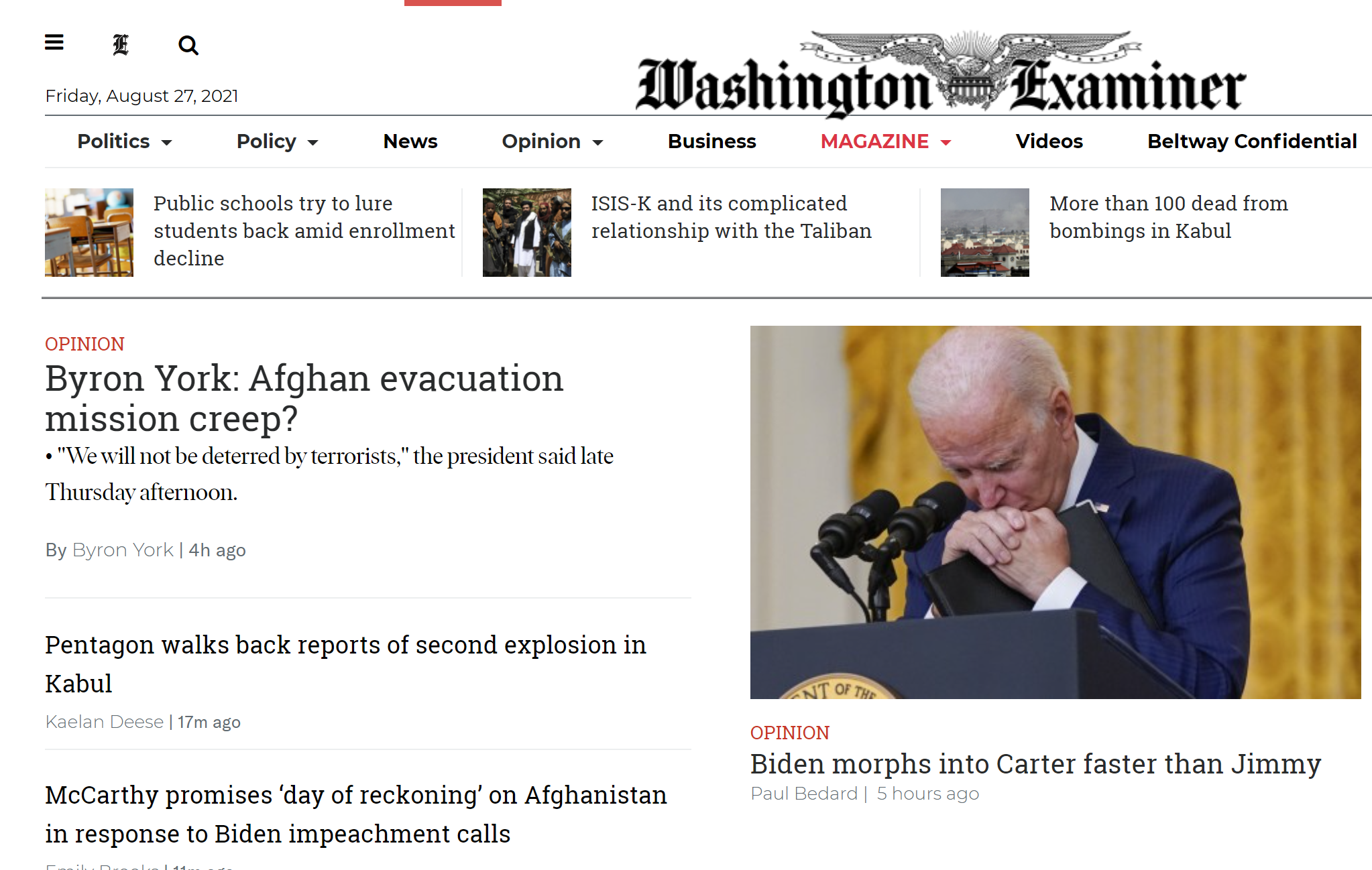 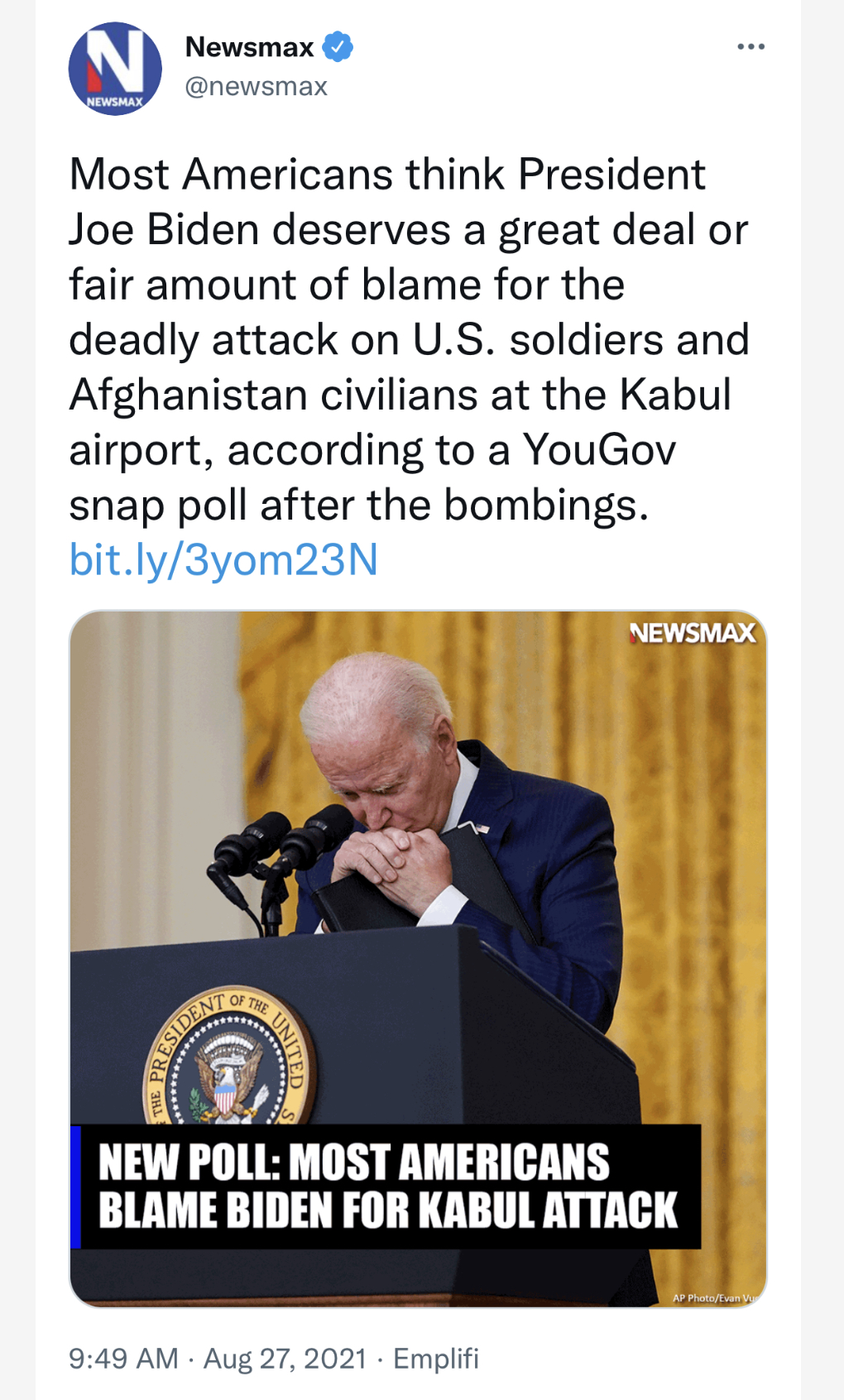 We’ve talked about media bias by photo on the blog before. It’s a type of media bias in which photos are used to shape the perception, emotions or takeaway a reader will have regarding a person or event.

Whereas reporters may only select photos of a favored politician looking strong, determined or stately, they will likewise choose photos of disfavored politicians looking anguished, kooky or guilty (see some more examples here). In both cases, we can see a media outlet’s bias at play.

The photo of Biden is another textbook example of media bias by photo. With Biden’s Afghanistan withdrawal a target of criticism by some, they are using the image to drive home their perspective on the situation and of Biden’s leadership.

I hadn’t watched the press conference, and this photo was the first image I saw from it on social media. My first thought was that Biden was crying — which shows how powerful an image can be at shaping an incorrect perception. After watching the moment in the press conference (which you can do here), I discovered Biden was not crying. The moment was from Biden’s exchange with Fox News White House correspondent Peter Doocy. From what I can tell, Biden was expressing exasperation. Here’s the exchange:

Doocy: “You said the buck stops with you. Do you bear any responsibility for the way that things have unfolded in the last two weeks?”

Biden: “I bear responsibility for fundamentally all that’s happened of late. Here’s the deal. You know, I wish you one day say these things, you know as well as I do, that the former president made a deal with the Taliban that he would get all American forces out of Afghanistan by May 1. In return, the commitment was made — and that was a year before — in return, he was given a commitment that the Taliban would continue to attack others, but would not attack any American forces. Remember that? I’m being serious. I’m asking you a question. [Doocy starts talking] Because before I...No, no, no, wait a minute. I’m asking you a question. Is that accurate, to the best of your knowledge?”

Doocy: “Donald Trump is not the president anymore.”

Doocy: Do you think that people have an issue with pulling out of Afghanistan or just the way that things have happened?”

The defining photo of the Biden Presidency: pic.twitter.com/VuqiqUBUJ1

No matter what you think of Biden, the Afghanistan withdrawal, and his response to reporters, this goes to show just how powerful an image can be at shaping or even distorting our view of an event.

To ensure you aren’t fooled by media bias, read up on the different types of bias, always check original source material, and use our balanced newsfeed to compare coverage across the spectrum.