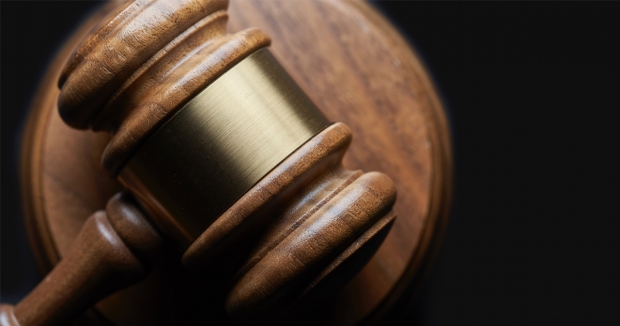 Last week, a Colorado federal appeals court ruled that presidential electors in the Electoral College have the right to vote for the presidential candidate of their choice, regardless of which candidate won the state’s popular vote. Coverage of the ruling in the New York Times, which AllSides gives a Lean Left media bias rating, and Fox News, which AllSides gives a Lean Right media bias rating, differed significantly.

Take a look at the difference in these two headlines:

Are electors who cast their vote for a presidential candidate who did not win the popular vote “defying voters’ wishes,” as the Times says, or “voting freely,” as Fox News writes? What you think likely depends on your own bias — and whether or not you believe the Electoral College to be a justified system.

Fox News points out in its headline that efforts to nullify the Electoral College are coming from activists and states on the left, while the New York Times headline doesn’t mention which political group supports nullification, though it does mention this in its article.

Differences in headlines and reporting are a key reason why AllSides displays a balanced newsfeed on its homepage, and in this case, underscore broader disagreement among the right and left about the legitimacy of the Electoral College system.

In their headlines, both Fox and the New York Times framed the story differently and included or omitted certain facts. The content of the articles differed greatly, too.

For example, The New York Times describes the Electoral College as a system “the nation’s founders set up out of fear of too much democracy, and which benefited Southern slaveholding states at the time.”

Meanwhile, Fox News describes the Electoral College as “established in the Constitution. When voters cast a ballot for president, they are actually choosing members of the Electoral College, called electors, who are pledged to that presidential candidate. The electors then choose the president. Electors are selected by state parties at nominating conventions, and generally consist of party leaders, activists, and other luminaries.”

Fox does not tie the Electoral College to slavery, but to state populations: “States receive electoral votes equivalent to their number of congressional districts plus senators, which allows less populous states to have more impact than they would under a popular vote system.”

The framing of the same story in two different media outlets tracks closely with the outlets’ AllSides media bias ratings. Americans on the left and right have very different opinions on the legitimacy of the U.S. Electoral College.

Left-Wingers and Right-Wingers Disagree on Legitimacy of Electoral College

First, some facts: The president of the United States is not chosen by a national popular vote; they are chosen by 538 electors in a system spelled out in the U.S. Constitution. When voters cast their ballots in November 2016, they weren’t technically voting for Trump or Clinton. They were voting for that state’s electors to cast their votes for Trump or Clinton in a ceremony that takes place in December after every presidential election. A candidate needs 270 votes in the Electoral College to win the presidency.

The Denver ruling found the Colorado Secretary of State violated the Constitution when he removed an elector and nullified his 2016 vote because the elector would not cast his ballot for Hillary Clinton, who won the popular vote in Colorado and nationally. The elector, Michael Baca, was part of a group that aimed to get electors who were pledged to Clinton or Donald Trump to deny Trump the presidency. Baca crossed out Clinton’s name and wrote in John Kasich, the Republican governor of Ohio who also ran for president.

The federal appeals court ruled that presidential electors have the constitutional right to vote for candidates at their discretion.

Both Fox News and The New York Times pointed out in their articles that many left and left-leaning states have recently passed laws that force electors to vote for the winner of the national popular vote, not the candidate that represents the votes of constituents in that state. This ruling may challenge those laws.

Those on the left believe a national popular vote is the only way in which every vote can truly count and every voice can be heard. Many prominent Democrats support abolishing the Electoral College, including presidential candidates Elizabeth Warren (MA), Mayor Pete Buttigieg of South Bend, Ind., and Bernie Sanders (VT). Rep. Alexandria Ocasio-Cortez (D-NY) recently called the system a “scam” that is essentially racist, saying it “weighs white voters over voters of color.”

However, many commentators on the Right disagree, arguing that the Electoral College was designed by the Founding Fathers to ensure all voices are heard by preventing more populous areas and states from ruling over less populated ones. The Electoral College, they argue, ensures presidents take into account the needs of a diverse group of Americans by campaigning nationally, not just in populous states and cities. They also say it ensures states remain distinct political entities.

“It wouldn’t be hard to imagine how states throughout the American Midwest may feel increasingly even more outweighed and ignored by California and New York were we to move more towards a direct election system,” writes Erich Reimer at Fox News. “Similarly, if the Electoral College were abolished or nullified, what would be the argument for keeping the Senate similarly the way it is structured?”

Those on the left disagree, saying candidates would still have to campaign in a multitude of areas.

“In 2016, New York, California, Texas and Florida cast about 35 million ballots, roughly a quarter of the total 137 million,” writes Jamelle Bouie at the New York Times. “Even if you somehow won every single one of those ballots, you’d still have to campaign elsewhere for tens of millions more votes, assuming a 50 percent threshold. Take the total of 2016 presidential votes in the 10 largest states, and you’d get only 71 million ballots, or about 52 percent of the vote.”

But Tara Ross, an expert on the Electoral College and the author of multiple books on the subject, says the system serves an important purpose.

"Americans would be better served to remember the real history of the Electoral College: The institution was created because the Founders knew the dangers of simple democracies," Ross said. "Two wolves and a sheep voting on what’s for dinner is not just. Instead, the Founders created a system of checks and balances, including our Electoral College."

As long as Americans disagree on the legitimacy of the Electoral College, we will continue to see bias in coverage of it. With the U.S. Supreme Court likely to hear the Colorado case, this issue won’t be going away any time soon.