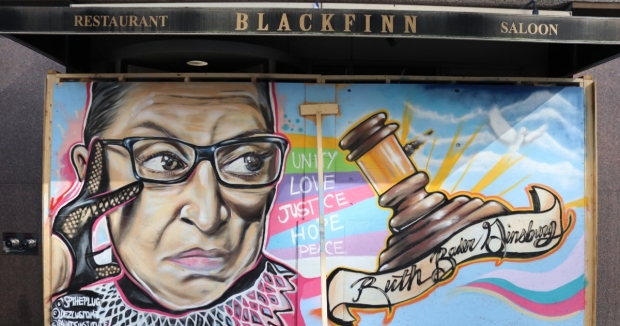 This September, Americans of all political leanings grappled with the news that Supreme Court Justice Ruth Bader Ginsburg had passed away at the age of 87. Ginsburg, only the second female justice, spent 27 years on the nation’s high court amid numerous battles with cancer.

Justice Ginsburg was a liberal that many conservatives respected, and she could sometimes even convince them of her positions. Some considered her a close friend.

After her death, Chief Justice John G. Roberts, Jr., a George W. Bush appointee, called her “a tireless and resolute champion of justice.”

Eugene Scalia, the late Supreme Court Justice Antonin Scalia’s son and the Secretary of Labor in the Trump Administration, wrote of Ginsburg, “She had made her mark as a pioneering advocate for women’s rights.”

Antonin Scalia and Ginsburg had a close friendship. Many found this surprising, considering they were polar opposites in numerous ways. A loud, extroverted conservative and a quiet, soft-spoken liberal somehow seemed to mesh. The pair often went to the opera and traveled abroad together. Their political differences did not stop them from remaining good friends, even as our political climate became more polarized.

Eugene Scalia also noted that his father "respected what [Ginsburg] had achieved in an era when the deck was stacked against her.” Her achievements helped break down barriers, especially for women.

Ginsburg, sometimes referred to as “Notorious RBG,” was a pioneering advocate for women’s rights and sought to make sure that all women were treated equally under the law. She argued that the 14th Amendment’s guarantee of equal protection applied not only to racial discrimination but to sex discrimination as well, and women deserve the same rights as men.

While working at Rutgers Law School in 1972, Ginsburg took on a case dealing with a man who was allegedly receiving unequal benefits after his wife died during childbirth.

Stephen Wiesenfeld and Paula Polatschek were a married couple, and their primary source of income came from Polatschek, a teacher. After she died and left behind a newborn son, Wiesenfeld was the sole person taking care of him. Wiesenfeld applied for Social Security benefits for himself and his son, only to find that although his son could receive benefits, Wisenfeld himself was ineligible. It had been assumed that women’s incomes were insignificant to the family — an assumption that deprived the father of Social Security benefits.

In the end, Ginsburg declared that Weisenfeld was being discriminated against on the basis of sex, and the court’s conservative members agreed. The court acknowledged that one’s gender should not decide whether or not they receive Social Security benefits.

Because of this victory, today either a man or a woman (whether they’re liberal or conservative) can collect the money needed to support their family if their spouse passes. Now more than ever because of the pandemic, this flexibility Ginsburg helped achieve is needed in our society.

Ginsburg was undeniably a liberal icon. But it is also important to remember how many conservatives came to respect her, and how some even came to agree with some of her positions or considered her a close friend.