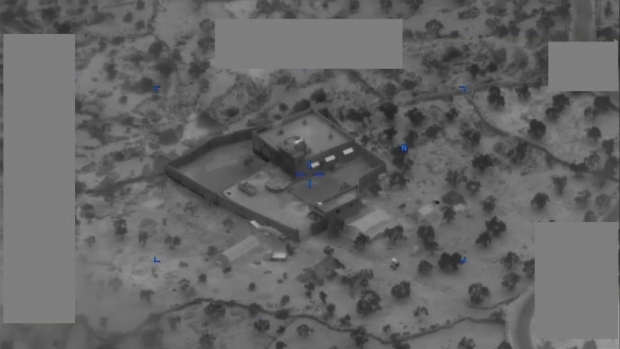 Tracking impeachment: Two diplomats testified before impeachment investigators Wednesday about President Donald Trump's attitude toward the Ukraine, while the House of Representatives voted 232-196 Thursday morning to move forward with the impeachment inquiry.

Abu Bakr al-Baghdadi, leader of the Islamic State and one of the top targets in the international fight against terrorism, was killed in a U.S. raid of his compound in northwestern Syria last week.

Trump faced backlash for saying al-Baghdadi died "whimpering and crying," as some called for evidence of the terrorist's final moments. Media coverage was swift and vast, with some outlets, such as the Washington Post, attracting criticism for their characterizations of al-Baghdadi.

AllSides in the News: Guardian reporter John Harris used AllSides and similar balanced news tools in a week-long quest to break out of his political bubble.

"The commander of the Kurdish-led Syrian Democratic Forces, Gen. Mazloum Abdi, gave NBC News a detailed account of how he spent months running a spy inside ISIS who followed al-Baghdadi as he moved from one safe house to another, until he was finally trapped in a tunnel beneath one of them."

"Idlib was an unlikely place for the ISIS leader to hide. The province is largely controlled by other Islamist groups, including one linked to al Qaeda that is often called the Al-Nusra Front. The group has, at times, fought against ISIS. Abdi said al-Baghdadi was hiding among a pocket of supporters, in what was largely unfriendly territory."

Intelligence from al-Baghdadi raid, including 2 prisoners, could reveal trove of ISIS clues

"The prisoners, who are being held in Iraq, are being questioned by the United States military. If the Trump administration follows its previous practice with captured Islamic State fighters, the men will eventually be turned over to the Iraqi government for prosecution."

"Officials said the intelligence is expected to underscore assessments that Mr. al-Baghdadi no longer exercised direct operational control over the group. Officials cautioned that the Pentagon, the C.I.A. and other intelligence agencies were still conducting a preliminary review of the confiscated documents and electronic records."

"Top defense officials who watched the raid alongside the President in the Situation Room have demurred when asked to corroborate the President's colorful description of Baghdadi's demise, raising questions about where Trump got the information."

"“He was vicious and violent, and he died in a vicious and violent way, as a coward, running and crying,” Trump stated in a White House speech. “. . . Baghdadi’s demise demonstrates America’s relentless pursuit of terrorist leaders, and our commitment to the enduring and total defeat of ISIS.”"

"The U.S. suffered no serious casualties in the raid on Baghdadi’s compound, while “a large number” of ISIS fighters and Baghdadi’s guards were killed. Attempting to escape, Baghdadi dragged three children into a dead-end tunnel with him, and ultimately detonated an explosive vest — killing himself and the children — rather than allowing himself to be captured."

"The Trump administration has prioritized the return of American hostages during his presidency. While announcing the death of ISIS leader al-Baghdadi last weekend, Trump named some of the innocent Americans who were killed at the hands of ISIS."

"Carl and Marsha Mueller, the parents of Kayla Mueller, went over to Iraq to conduct their own private investigation outside of the government. Mueller was kidnapped in 2013 while serving as an aid worker and was reportedly forced to have sex with Baghdadi before she was crushed by debris in an airstrike."

The pathetic push to deny Trump credit for getting Baghdadi

"The president didn’t restrain his urge to take credit for the triumph or hold back on describing the events in pure Trumpspeak. He spoke of Baghdadi “whimpering” and “dying like a dog.” While giving the proper credit to the heroism of the operators who put an end to the career of a murderer and rapist who was one of the planet’s true villains, Trump did the presidential equivalent of an NFL touchdown dance."

"Why is the media more focused on party-pooping on Baghdadi, when they couldn’t stop cheering the bin Laden op?"

"Many questions about the raid remain unanswered, as officials haven’t provided details about the 11 children and two adults they said were taken from the Baghdadi compound, or about the three children Mr. Trump said were killed with the Islamic State leader when he fled into a dead-end tunnel and detonated a suicide vest."

US on alert for possible 'retribution attacks' following al-Baghdadi raid

"Gen. Kenneth “Frank” Mackenzie spoke of the possible threat Wednesday as part of the most detailed account to date of the operation and echoed warnings by both critics and allies of President Trump that the operation had not eliminated the threat from the terror group."

"“It will take them some time to re-establish someone to lead the organization, and during that period of time their actions may be a little bit disjointed,” Mackenzie said. “They will be dangerous. We suspect they will try some form of retribution attack, and we are postured and prepared for that.”"

"The operation began about 9 a.m. ET Saturday, on McKenzie's order from his headquarters in Tampa, he said. He remained in contact with the White House throughout the raid."

"Insurgents in the area fired on the aircraft and were killed by gunfire from the helicopters. Black-and-white footage released by the Pentagon shows dark forms eliminated in a cloud of dust kicked up by the airstrike."