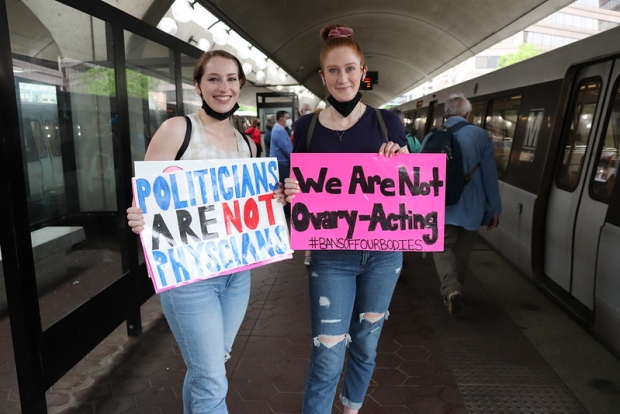 This piece appeared on The Fulcrum, which AllSides rates as Center. It was written by David Meyers, who is the Executive Editor of the Fulcrum

Two of the primary issues driving the news this year – abortion rights and inflation – are also driving young voters’ plans for participating in the midterm elections, according to new survey data.

The survey, conducted by the Alliance for Youth Action and Civiqs, concentrated on people ages 17-39 in 11 battleground states.

While the parties were split on the top motivator to cast a ballot, respondents were united in concerns about inflation when reviewed by race. Fifty-one percent of the total listed inflation and the economy as one of the top three issues driving them to vote, including 50 percent of white people, 46 percent of Black people, 69 percent of Latinos and 43 percent of everyone else. Abortion was second in each group, although “democracy reform and voting rights” was a very close third among Black people and those who did not fall into one of the three primary categories.

Similarly, when the respondents were split into smaller age groups, inflation and economy remained the top motivator in all cohorts, again followed by protecting access to abortion and then democracy reform.

According to the U.S. Election Project, the turnout rate is increasing among young people faster than in older age groups. If that trend continues, adults under age 40 are going to be an increasingly influential voter bloc.

The survey found that 86 percent of respondents said they intend to vote in 2022.

“Once again, all eyes will be on the youth vote, and this poll shows that young people across the political spectrum in battleground states are extremely motivated to vote in this midterm election,” said Civiqs Director Drew Linzer.

And it appears political campaigns have learned from past turnout data and are doing more outreach to young voters.

“The good news for political campaigns is that, in contrast to the polling we did with the Alliance in the months leading up to the 2020 election, young voters in battleground states say political campaigns are contacting them in various ways,” Linzer said. However, young rural voters and young Black voters are the most likely to say they have not been contacted by a political campaign this cycle.”

Two-third of Americans ages 18 and over voted in the 2020 election, but only 51 percent of those 18-24 and 63 percent of the 25-44 cohort, according to the Census Bureau. Of course that was a hard-fought, divisive presidential election that resulted in record turnout.

According to data analyzed by the Center for Information & Research on Civic Learning and Engagement at Tufts University, voter registration among young people trails the midpoint of 2018 in about half the states.

Of the 11 states included in the Alliance for Youth Action/Civiqs survey, voter registration among the under-40 cohort is up in six states, including the three with the biggest jumps: Michigan (up 35 percent), Nevada (28 percent) and Arizona (24 percent). Registration is down in three states; data was unavailable for two (New Hampshire and Wisconsin).

According to CIRCLE’s Youth Electoral Significance Index, young voters are best positioned to influence Senate races in Georgia, Arizona and Nevada the gubernatorial races in Wisconsin, Arizona and Kansas.