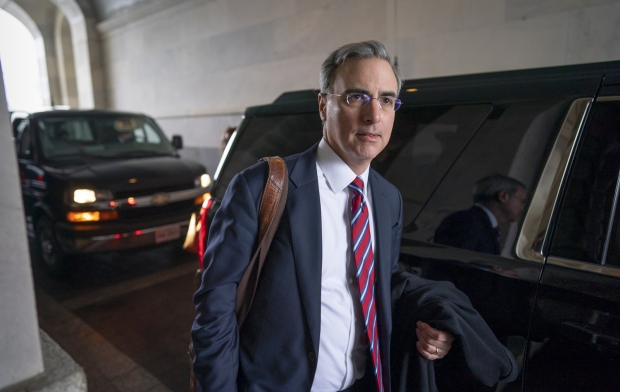 House impeachment managers and President Donald Trump's defense team each concluded opening arguments before the Senate over the past week, setting the stage for a final questioning period Thursday before starting debates on calling witnesses and documents.

Democrats and many on the political left argue that Trump must be removed from office, citing recent revelations from former NSA adviser John Bolton as a damning update in the case against the president. Republicans and most on the political right maintain that the president should not be removed, framing his dealings with Ukraine as justified and accusing Democrats of trying to rig the 2020 election against him.

Check out some other big stories this week: Coronavirus Sends Panic Through China, Comes to US; White House Announces Middle East Peace Plan; and Three Rockets Hit US Embassy in Baghdad.

Can You Spot Media Bias?: This week marks National News Literacy Week. Become a smart media consumer by checking out our resource for spotting 11 Types of Media Bias.

"Republicans, who control the Senate, said there was a chance the trial could end on Friday with Trump’s acquittal on abuse of power and obstruction of Congress charges approved by the Democratic-led House of Representatives in December. An acquittal would leave the Republican president in office and allow him to claim vindication just as the Democratic Party holds its first nominating contest for the Nov. 3 election in Iowa on Monday. Trump will hold a rally in the state on Thursday night."

"Democrats accuse Trump of abusing his power by using congressionally approved military aid as leverage to get a foreign power to smear a leading contender for the Democratic nomination, former Vice President Joe Biden."

Trump acts like a politician. That's not an impeachable offense.

"The House seeks to expel Mr. Trump because he acted “for his personal political benefit rather than for a legitimate policy purpose.” Mr. Trump’s lawyers responded, “elected officials almost always consider the effect that their conduct might have on the next election.” The president’s lawyers are right. And that behavior does not amount to an abuse of power."

"An impeachable offense need not be criminal. But our Constitution does not allow Congress to take a vote of “no confidence” for a president who pursues legal policies that members of the opposition party deem insufficiently publicly spirited. Presidents who take such actions with an eye toward the ballot box should be judged by the voters at the ballot box."

Trump defense: 'Nothing in the Bolton revelations' rises to the level of impeachment

"As President Trump's legal team pressed the case for acquittal on Monday, they repeatedly made two points: the charges against Trump do not meet the constitution's criteria for impeachment. And if the president is removed from office for abuse of power and obstruction of Congress, it will set a "dangerous" precedent."

"Trump's lawyers maintain that the president was legally justified in freezing military assistance to Ukraine and that the case against Trump presented by Democrats in the Senate last week does not constitute a crime and thus cannot trigger removal from office, a notion that has received strenuous skepticism from legal scholars."

"President Trump’s legal team offered a startling defense Wednesday as senators debated his fate in the impeachment trial, arguing that presidents could do nearly anything so long as they believe their reelection is in the public interest. The assertion from Alan Dershowitz, one of the attorneys representing the president, seemed to take GOP senators by surprise, and few were willing to embrace his argument."

"A few moderate Republicans have indicated they want to hear from Bolton, leading Majority Leader Mitch McConnell (R-Ky.) to privately caution colleagues Tuesday that he might not have the votes to shut down a motion expected Friday to call for new witnesses. Only four Republicans would need to defect and join Democrats in order for a vote to call witnesses to succeed."

John Bolton wrote in his memoir that Trump did the very thing he's been impeached for, as the trial continues

"Bolton, who has worked for presidential administrations dating back to Ronald Reagan’s, is highly regarded in conservative policymaking circles. Bolton’s recollections completely cut against Trump’s main defense: That withholding the aid had nothing to do with his desire for an investigation into the Biden family. He’s also the first to say he heard that directly from Trump, undercutting a major defense argument."

"Trump’s legal team, led by White House counsel Pat Cipollone and the president’s personal lawyer, Jay Sekulow, began their opening arguments Saturday, focusing their attacks on House Democrats and the impeachment process and citing an unfounded conspiracy theory that Ukraine hacked the 2016 election (as the intelligence community has concluded, it was Russia)."

Follow the money on impeachment: Trump bought off the jury — and hints at bigger tax cuts

"It's long been obvious that Republican senators have little interest in serving as impartial jurors in the impeachment trial of Donald Trump. While there is a raft of motivations for such historic perfidy — with several GOP senators politically benefiting from some of the same corrupting influences — one under-examined, non-Russian reason is personal greed."

"The first Republican rule of "middle-class tax cuts" is to speak about them but never actually pass them. They've been pulling the same bait-and-switch since at least 1980. But while they were cutting taxes for the rich and corporations, the GOP left in place the income taxes a majority of seniors pay on their Social Security income. Now they are again touting cuts to Medicare and Social Security to cover the payoff they gave to themselves."

"The Senate is poised to vote Friday on whether to end the trial and vote on two impeachment charges or continue the proceedings by calling new witnesses and seeking documents from the Trump administration. The Senate Republican majority is growing confident they can defeat a motion to call new witnesses, but it might be close."

Senators must honor their oaths at Trump impeachment trial, just like I did for Clinton

"I worry that the Senate is falling short of its responsibility. So far, the Senate has declined to seek further evidence and papers, on a party line vote. Indeed, the impeachment trial has dawned with a series of party line votes, as was the case in the House. To be clear, the Senate is not the House. It’s supposed to be an institution where — particularly on issues of process, if not ideology — common ground is identified through careful compromise."

"The Senate needs to consider all the relevant evidence, facts and witnesses to reach a just and acceptable outcome. The trial should be a model to countries everywhere for how America delivers justice, not a partisan food fight or a kangaroo court. To those who will soon be casting a verdict, history will forever remember: You swore an oath to deliver impartial justice in this matter."

"Democrats claim that when Trump asked Ukrainian President Volodymyr Zelensky to look into what Trump called troubling actions by former Vice President Joe Biden and his son Hunter, Trump was seeking a political advantage against a prospective opponent in the November presidential election ... Trump’s legal team has countered that the president had every right to ask Ukraine to examine and produce any evidence of a potentially corrupt act by a U.S. public official. The act to be examined was Joe Biden’s demand that Ukraine fire a prosecutor who was allegedly investigating Burisma, a Ukrainian natural gas company that employed his son."

"Is it really worth a protracted legal battle for the Senate to gain access to a purported presidential discussion of a “quid pro quo” that, in the end, never actually happened? To pose the question is to answer it."