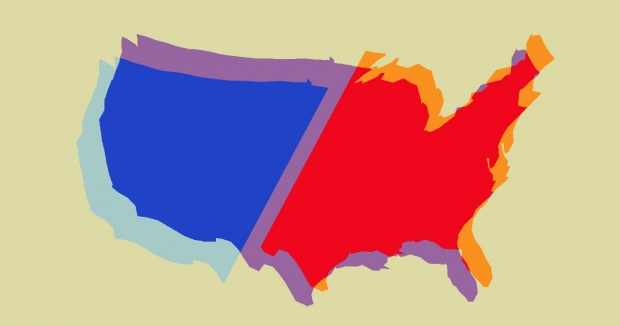 However, the poll also shows that Americans of both parties generally agree on 10 other teaching categories.

These include non-controversial “expected subjects” like “reading, math, and writing” as well as potentially political topics like “respect for people of different races,” “languages besides English” and independent thinking.

Despite the overwhelming agreement among Americans on most issues, the Washington Post article instead highlights the two topics with split responses.

Bump himself notes even on the divisive issues, majorities of both parties agree on classroom importance, saying, “We shouldn’t overlay politics too heavily here.”

What are the consequences of highlighting division instead of unity? And how does a poll describing overwhelming bipartisan unity get reported as a picture of American polarization?

Americans Are Highly Vulnerable to Misconceptions

Biased coverage of polarization is particularly dangerous in the U.S. because Americans are highly susceptible to misconceptions about ourselves and the world.

This tendency was demonstrated excellently by a recent viral YouGov (Not Rated) article showing how Americans on average overestimate the size of small subgroups of the population. In the article, YouGov senior survey data journalist Taylor Orth points out misconceptions in the proportion of Democrats (51% guessed / 42% actual), Republicans (50% guessed / 47% actual), union members (35% guessed / 4% actual) and transgender people (12% guessed / 1% actual).

With such a loose understanding of our country, we Americans are clearly susceptible to misconceptions about the state of our politics. With a news media incentivized to portray sharp partisan divides instead of political unity, we are likely to learn and internalize an understanding of a divided America – whether America is actually that divided or not.

It’s a well-known fact in American life that news outlets are incentivized to focus on conflict. This situation even pervades into pop culture, with the most popular film franchises focusing on clear hero vs. villain stories.

This is tied deeply to our collective psychology. “Loss aversion,” the phenomenon in which the pain of loss is felt more deeply than the pleasure of gains, is well-documented in the field of behavioral economics. As a result, people tend to pay more attention to news stories that could impact them or others negatively.

Thus, when it comes to covering partisan politics, news outlets are incentivized to highlight polarized conflict. How can the opposite party take away the things you value? How will America’s purportedly deep divisions lead to its downfall? Will there be a new civil war?

The outlets that portray America as deeply divided do not have the same incentives to portray America as united, because readers don’t click on those stories as often. That’s not our fault, necessarily—again, it’s deeply rooted in our psychology—but there is something to be done about it.

First, the next time you see an article prophesying the polarized, partisan doom of America, read the full article or consider reading something else instead. The headline will likely only give you half the picture.

Second, consider your own susceptibility to misunderstanding the world. With the amount of people who disagree on key issues, most people probably believe at least one false idea. That’s okay—we’re all human.

Third, consider the incentives and biases of your information sources. Does a news outlet benefit from portraying politics as a climactic, all-encompassing brawl between two competing forces? Maybe don’t listen to them when they tell you this is “the most important election in history.” Is the source a pundit serving a specific political faction? Maybe they’re focusing on certain stories for a reason.

You can learn more about news outlets’ biases with the AllSides Media Bias Chart™.

Fourth, get involved in your community! Real people are always more complex and dynamic than the two-dimensional “other side” you see on the news. You can’t really get to know someone from a news article’s description of them – you have to talk to them. The easiest way to do that is to meet people where you both are: your local community. You can read local news, go to a neighborhood park, or attend a meeting of your city council. Their political beliefs may differ on some issues, but their interests will be tied to yours through your shared community.

Scared of your neighbors? Sign up for America Talks. Toxic polarization is a threat to our communities, families, and country. Sign up for face-to-face video conversations across differences that can heal divides.

Joseph Ratliff is AllSides' Daily News Editor. He has a Lean Left bias.

This piece was reviewed by Julie Mastrine, Director of Marketing and Bias Ratings at AllSides (Lean Right bias).