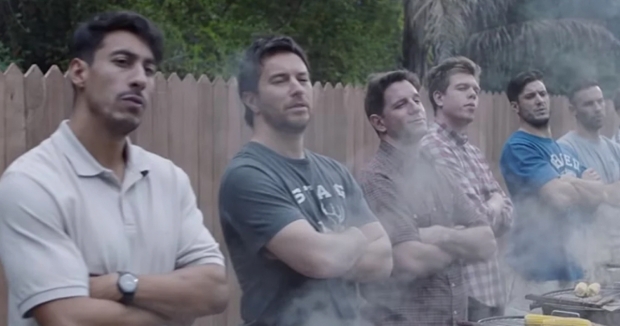 The new Gillette razor ad, titled “We Believe: The Best Men Can Be” has sparked intense debate over its perceived bias. Some are decrying the advertisement as being biased against men, while others are applauding the company’s efforts to affect social change. And of course, some attitudes are in the middle.

The Gillette ad shows young boys chasing and bullying each other. Boys watch sexual harassment play out on TV as an audience laughs. A journalist reports on the #MeToo movement. A man speaks for a woman in a corporate boardroom. Then things turn around. A man breaks up a gang of bullies. Another stops his friend from approaching a woman on the street (or harassing her, depending on how you look at it). Yet another stops two young boys from fighting (or rough-and-tumble play, depending on how you look at it).

The Gillette ad sparked sharp debate, on Twitter and in the press, with many saying they will boycott the brand, and others saying the criticism was unwarranted. So — is Gillette’s ad biased against men, or highlighting needed social change? Here’s a rundown of both sides.

Those on the Left say the ad brings to light society’s harmful ideas about masculinity. They say society teaches boys “toxic masculinity,” or ideas that traditional masculinity means being overly aggressive, never showing emotion, engaging in predatory sexual behavior, being violent, and excusing this type of behavior in other men (“boys will be boys”). They see the Gillette ad as part of a larger rallying call to eradicate these ideas — and the societal harm that results.

“The problem is that most men are not Superman or James Bond, and for normal mortals, trying to behave like you're Superman or James Bond can have serious negative consequences,” writes Noah Berlatsky at CNN in a piece titled, “Psychologists — and Gillette — are right about ‘traditional masculinity.’ “In trying to live up to those ideals of manliness, men are often reluctant to ask for help when they are in distress. This can make it difficult for psychologists to identify depression in men, which is part of the reason why men are less often diagnosed with depression, and why they have suicide rates as much as three times that of women.”

“Traditional masculinity tends to celebrate male violence, which is partially responsible for the fact that men commit 90% of violent crimes, according to the APA,” Berlatsky writes. “The combination of risk-taking and aggressiveness means that men are also disproportionately victims of violence. A 2014 study, for example, found that men were the victims in 85% of gun deaths in the United States.”

The Left says the problem of sexual misconduct, which is highlighted in the Gillette ad, is pervasive in society and primarily perpetrated by men, who often have physical and professional power over women. By Vox’s count, 263 celebrities, politicians, CEOs, and others have been accused of sexual harassment  since April 2017 as part of the #MeToo movement. The Left says that for too long, society has taught women how to avoid rape, but has not told men not to rape. The Gillette ad, then, is part of necessary messaging that tells men to hold other men accountable.

“Research suggests that men don’t often speak up to condemn sexist behavior, in part because they rarely recognize it,” writes Melinda Wenner Moyer at Slate. “And it’s absolutely fair to consider bad behavior the norm—or at least something common and visible enough to matter—when our president exhibits inappropriate conduct all the time and it’s becoming more and more common among kids."

Many of those on the Left have stated that the fact that the ad sparked so much blowback proves it is needed.

"The hostile reactions to this ad illustrate its very point: We clearly have more work to do," Wenner Moyer writes. "When the message that we should try our best to raise compassionate, empathetic children offends a large swath of America, there’s a sickness spreading that we desperately need to cure.”

However, not all those on the Left are applauding the Gillette ad, taking issue with advocacy-oriented corporate messaging in general.

“It is inherently nonsensical to use feminism to sell men’s grooming products, or any products, as feminism is a political movement bent on dismantling current structures of power, which likely includes multibillion-dollar corporations like Procter & Gamble,” says Kaitlyn Tiffany, writing at Vox. “And unfortunately, it is impossible, maybe irresponsible, for a commercial to try to explain centuries of societal glorification of male violence or to make a compelling argument that proves women are people.”

Those on the Right condemn the Gillette ad’s embracing of the term “toxic masculinity,” which they see as a poorly defined, overly broad term that unfairly sends a message that all masculinity is “toxic” and that men and masculinity as a whole are to blame for violence, bullying, and sexual harassment. They say that by endorsing this concept, Gillette blames an entire gender for the wrongdoing of a few — amounting to misandry.

“No one who is critical of feminized messaging like this would argue that bullying and sexual harassment are to be tolerated,” opines D.C. McAllister at The Federalist in a piece titled, “Gillette’s Latest Commercial is an Anti-Man Dumpster Fire.” “But to dump these sins on all men collectively and insist that they check their masculinity is an assault on the very nature of a man.”

McAllister and others on the Right say the real problem in society is not too much masculinity, but a lack of it. They say that an increase in single-parent households means many boys are not growing up with an appropriate model of masculinity. The Right says masculinity itself is not to blame for bad behavior, and evolutionary biology shows us there are real differences between men and women that have ensured our survival. The Right accuses the Left of emasculating men by sending a message that normal male behaviors — such as rough-and-tumble play, being stoic in the face of adversity, working hard and taking risks to take care of their families, and approaching and flirting with women — are “toxic."

"The message here is that masculinity can’t be trusted. As a new American Psychological Association report has stated, masculinity is the cause of all sorts of ills, including promiscuity, sexual abuse, mental illness, violence, and suicide," McAllister writes. "While these are certainly very real pathologies, the assumption that masculinity is the cause is simply erroneous. These pathologies are not due to men being men or boys being boys; they are due to the neglect of masculinity and masculine self-control. They are the result of immorality, not the outworking of the very nature of man."

The Right also says the #MeToo movement has too broadly defined sexual harassment to include normal or largely harmless flirting behavior and ignores the many nuances of male-female interaction — often catching innocent men in the crosshairs.

“The vast majority of men are not rapists or harassers and were, prior to this past year, already staunchly opposed to both activities. There was nothing epiphanic or revolutionary about Me Too for us,” Matt Walsh explains in The Daily Wire. “To insinuate that we learned that rape and assault are bad, or that we needed to learn such a lesson, is patronizing in the extreme.”

The Right says that instead of teaching men how to exercise their masculinity in healthy ways and to enact boundaries and checks on their behavior, society tells them that their masculinity on the whole is “toxic” — and Gillette is just the latest to echo the sentiment.

“‘Boys will be boys’ does not generally function as an excuse. It is a cliche but, like many cliches, it contains great wisdom,” Walsh writes. “Boys will indeed be boys, and should be boys, and should be allowed to be boys without their natural boy-ness being constantly suppressed. Boys are energetic, aggressive, creative, competitive. They need safe and accepting outlets for these impulses.”

"The truth is, masculinity is good—or at least morally neutral," McAllister says. "Men’s physical strength, sexual drive, emotional reticence, and raw competitiveness are simply natural traits that can be exercised for good or bad."

But like the Left, not all those on the Right are decrying the Gillette ad.

“These images didn’t strike me as a reproof of masculinity per se but rather as a critique of bullying, boorishness, and sexual misconduct,” Mona Cheran writes at The National Review in a piece titled, “Gillette is Not Wrong.” “... everyone, left and right, who values decent behavior should be able to agree that encouraging men to be non-violent, polite, and respectful is not anti-male. It’s just civilized.”

What do you think? Is the Gillette ad biased against men on the whole, or is it working to expose and correct societal ills? Share your thoughts on our Facebook page.

View the AllSides featured news story and other headlines about this issue:

Gillette Is Not Wrong, National Review

This Gillette Ad Tells Men Not to Hurt People. Why Is This Offensive?, Reason

Gillette's New Ad Isn't About Shaving. It's About Men In the Age of MeToo, CNN