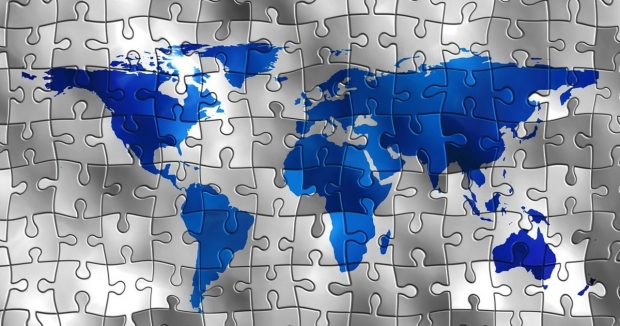 Editor's Note: This viewpoint is from a writer rated Center.

As America nears a presidential transition, the Biden administration promises an updated foreign policy full of international alliances. The Biden-Harris campaign website pledges that in their administration, “America will lead by example and rally the world to meet our common challenges that no one nation can face on its own.”

In popular imagination, it may seem that Republicans have become isolationist, and Democrats want to engage more with the world. Yet surveys show the majority in both parties actually agree upon several key aspects of foreign policy, including support for international trade and cooperation, and a belief in collective security.

Surveys do show some foreign policy divides, and larger majorities of Democrats tend to support international cooperation. However, differences can be small, and sometimes there are essentially phantom divides between Democrats and Republicans. On many issues, the majority of Republican voters show a willingness to engage with the world cooperatively. For instance, a Chicago Council on Global Affairs survey conducted last year found 87% of Republicans and almost the exact same share of Democrats believed that international trade is beneficial for the economy.

Additionally, a study conducted by University of Maryland’s Program for Public Consultation released last August found the majority of Democrats and Republicans supporting both a free trade agreement with Mexico and Canada and membership in the World Trade Organization. Additionally, super-majorities of Democrats and Republicans supported America reentering the Trans-Pacific Partnership (TPP).

The University of Maryland study did show stronger Democratic support for the free trade agreements. Still, this significant Republican support dispels a misleading narrative that Republicans are entirely inward-looking.

Furthermore, a majority of both Republicans and Democrats believe that international cooperation is important for nuclear proliferation, cyber security, migration, and counterterrorism.

Finally, Republican and Democratic voters both support collective security, further illuminating the bipartisan nature of foreign policy. According to additional findings from the previously cited study by University of Maryland, more than three-quarters of Democrats and Republicans supported the principle of collective security. A majority of both parties believed that America should maintain its mutual defense treaties with South Korea and Japan, and believed that American troops should continue to be based in these countries. Once again, Democratic support was somewhat greater, but the strong bipartisan support further extinguishes the misleading narrative.

So why are we convinced that it’s mostly outward Democrats vs. inward Republicans? One reason may be due to the outsized voice of the extremes of both parties. Many progressive activists and devoted conservatives hold opposing and uncompromising beliefs. However, according to More In Common’s Hidden Tribes report, these two “tribes” represent only 14% of the United States’ population. There can also be a fixation on specific hot-button topics such as global climate change, where the differences on support for international cooperation by party are larger.

Many surveys suggest a rewritten narrative in which the majority of Republicans actually support international engagement on various issues, revealing that Democrats and Republicans have more commonalities than one may expect.

Jackson Lanzer is a high school senior and a young professional member of the Los Angeles World Affairs Council. He has contributed to contestedpolitics.com and is now writing depolarizing articles. Additionally, he was awarded a regional Scholastic Writing Award for critical essay writing in 2020. Jackson has a Center bias.