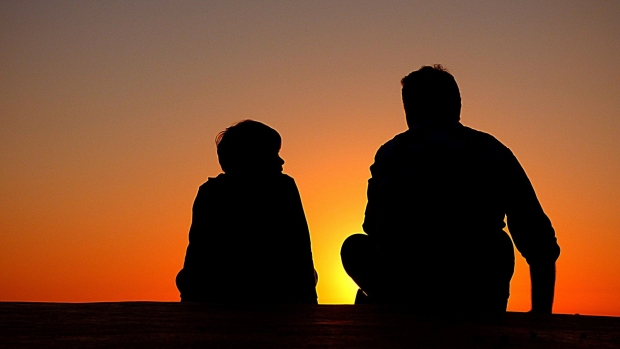 The election is now over. Yet the work to depolarize the country must continue. Having some new leaders can help, but they cannot fully reverse forces that have led to increasing political division.

At the heart of efforts to reduce political polarization – especially improving the emotions and attitudes we have toward those across political divides – is a nascent movement of groups focused on depolarization.

The work is admirable, and I have been deeply involved with a few of these groups. However, the strategies typically used are unlikely to reach sufficient numbers of Americans. Simply put, they ask too much of everyday Americans. Americans are asked to do activities such as having difficult conversations, participating in trainings, and watching extended discussions.

To be fair to the emerging movement focused on depolarization, some recent methods that highlight relatively famous guests may help depolarize certain Americans without much effort.

Being aware that someone admired generally supports depolarization can help to alter what is seen as “normal.” It can also encourage Americans to adopt that position as their own. However, messaging received this way is not very precise.

Future articles in this series will explore a different “lower-intensity” approach to depolarization.

Groups focused on depolarization today strongly emphasize relatively high-intensity methods of depolarization. Most obviously, there is a focus on one-on-one or very small group conversations. This emphasis is clearly seen by scanning the approximately 325 groups in the Listen First Coalition, the vast majority of which encourage conversations. (Full disclosure: I have participated or volunteered for some of the organizations listed.)

Some other groups also offer other relatively high-intensity programming, including doing something productive in one’s community, participating in a workshop, or listening to a debate or podcast for 1-2 hours.

All of these methods can be highly effective when done well. Conversation-based strategies are generally supported by Contact Theory, which has been tested for decades.[1] Trainings trace their intellectual foundations to various sources, including marriage counseling.

Yet most activities are time-consuming and require substantial focus and effort, not to mention that conversations can be challenging and occasionally anxiety-inducing. Additionally, there is often time needed beforehand to find activities or register for them. Trainings involve the teaching of conscientious behavioral steps that require practice and effort to implement in one’s day-to-day life. For a workshop to make an impact on polarization can require planning, attention, time, practice, and implementation.

Organizations in the movement typically use messaging as a means to recruit for these higher-intensity activities. There is rarely a focus on using messaging to directly depolarize, without much additional effort on the part of the target audience.

These high-intensity depolarization approaches can be very valuable, but they will not be suitable for everyone. It is unsurprising that the demographic that tends to participate in activities for one of the largest organizations in this space, Braver Angels, are highly-educated empty nesters or retirees. These Americans have the time and interest to engage at this depth.

What is a sufficient number of Americans that must be reached and engaged for depolarization to be successful? The number is likely very high, in the tens of millions of American adults.

Those in the field sometimes cite research about the need to engage 3.5% of the population,which has been shown to be the level of the population needed to actively participate in protests to ensure political change. This data sometimes gets misinterpreted as suggesting that the goal should be to reach 3.5% of the American population.[2]

But hearing about some depolarization activities or attending a workshop is a quite different level of engagement than protesting in the streets. Groups in the field should strive to eventually have something like 3.5% of the population as actively contributing to depolarization as volunteers or full-time employees.

Meanwhile, the number of Americans who need to be reached and impacted for depolarizing work to scale is likely much higher than 3.5%. A brief analysis of voting behavior and emotions between the parties shows why.

Negative partisanship – animosity toward the other side – is a bigger factor in why partisans vote, than their affection or support for their own side. If many Americans detest the other political side and want to find a leader who matches their attitudes, those people are likely to vote for more divisive leaders.[3]

And then there are the approximately 15% of Democrats and Republicans who express sympathy for at least occasional violence toward the other political side.

If groups focused on depolarization had perfect information and targeting, it could potentially focus on just enough Americans to ensure that primary elections were won by candidates who were less divisive. Maybe it could target Americans with violent feelings sufficiently that these citizens did not become a much more frightening 3.5% protesting in the streets.

Targeting messages is important, but groups focused on depolarization are unlikely to have sufficient information to reach these exact categories. Even if people could be precisely targeted, there are tens of millions of Americans who fit into these polarized categories of voting based on negative partisanship and those potentially endorsing occasional political violence.

Reaching tens of millions may seem impossible, but other movements have led to widespread attitude change over time. Acceptance of white-black marriage increased from 4% in 1959 to about 50% by the mid-1990s to almost 90% by the 2010s. Acceptance of same-sex marriage increased from around one-third after the turn of the millennium to 61% by last year.[4]

Those changes involve changes in the emotions and attitudes of at least tens of millions of American adults. There were movements encouraging these mass-scale attitudinal changes, just as depolarization groups should target large-scale change.

The Need for Higher-Intensity Approaches for Volunteers and Employees

Higher-intensity strategies do have important roles for groups focused on depolarization. Some people have the time and interest to engage in high-intensity depolarization approaches. Those who are experiential learners can especially benefit from the current approaches.

Yet from my standpoint, higher-intensity approaches are most useful for the approximately 3.5% of Americans who should be actively involved in a depolarizing movement so messages can scale. Higher-intensity activities similar to those used today can be useful for recruiting volunteers. If someone has the willingness to attend a workshop or another extended event, they are more likely to have the drive to be a useful volunteer or even employee to encourage depolarization.

There are potentially useful higher-intensity trainings for volunteers concerning all sorts of topics: what to say to large audiences that can be depolarizing, recruiting other volunteers, recruiting influential individuals, encouraging participation by various institutions, fundraising, crafting of social media messages, etc.

The list is long, but the new trainings share common threads of having an external focus and seeking mass impacts. They emphasize what people can do to change the world in ways that can include and go beyond their immediate friends and family.

Emerging Practices that Are Less Intensive?

Groups such as Common Ground Committee and Braver Angels have hosted events featuring relatively famous people in formats such as discussions, podcast interviews, and debates.

Fully listening or watching the content usually takes an hour or more, but there is the potential for a kind of lower-intensity incidental depolarization. If someone sees or hears that someone they respect or admire is on some of this programming, it can help to alter what is “normal.” If that admired famous person is generally showing their support for depolarization, then the person who is aware of the content may tend to adopt that position as their own.

This does not require listening to all of the content, just generally associating respected messengers with general ideas favorable to depolarization. The effect on its own is not precise, mostly giving simple cues like supporting a united America is better than trying to further divide America. Additionally, the field can do a better job of packaging short content that can be both digested easily and provide more precise messaging.

But on the whole, these events can have impacts without much effort on behalf of the target audience, and this can help scale depolarization.

This article largely identifies the problems with current depolarization approaches that ask of a substantial amount of time and energy from Americans, limiting their reach and scale. The higher-intensity strategies currently used are appropriate for a niche audience with the interest and time to engage deeply.

The next articles in this series define and explain “lower-intensity depolarization” approaches that can reach more Americans.

[1]The Contact Theory / Contact Hypothesis, first proposed in 1954 by Gordon Allport. Allport hypothesized that contact situations work when four conditions are met: equal status, intergroup cooperation, common goals, and support by social and institutional authorities. These are relatively difficult conditions to meet. More recent work suggests these conditions help facilitate reductions of prejudice, rather than being absolutely essential to bridge-building.

[3]Structural reforms for voting may help somewhat, but if the majority of the population is determined to express their anger at the ballot box with a divisive leader— or, even more unnervingly, some want to use means other than the ballot box— then those structural reforms will do little to stem the tide of emotions.

[4]I tried to find an example of social attitudes shifting in a conservative direction, and there are some changes specifically among Republicans, such as an increase in the share saying abortion should be illegal in all cases rising modestly from about 20% before 2000 to closer to 30% in 2019.

James D. Coan is a depolarization strategist who develops approaches to reduce U.S. political polarization at scale. His interests include social psychology and mass communications. He coordinates an initiative on AllSides that features news and human-interest stories designed to unite, and he volunteers for Braver Angels in various capacities. Professionally, he’s a strategy consultant for the energy industry. He has a Center bias.