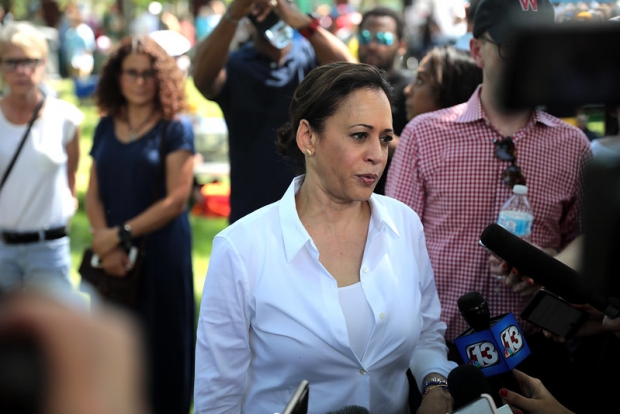 For much of the past week, the media has largely set aside the COVID-19 coronavirus pandemic to go all in on coverage of Joe Biden picking Kamala Harris as his running mate.

To the surprise of few, the way any given news outlet covered the decision likely hinted at its editorial bias. Yes, this represents the new and widely acknowledged norm. But as long as millions of readers maintain a biased news diet, the threat grows.

In roughly three months, U.S. voters will determine the results of the 2020 presidential election. Harris is likely to be one-half of the Democratic ticket in an all-but-certainly two-party race with the incumbents. Ballot-casters need to know what they’re deciding on, free from spin or slant. Media bias prevents that.

Using our media bias ratings, AllSides analyzed a wide range of left- and right-rated media outlets to determine differences between reporting, analysis and opinion on each side. Our research suggests each side’s coverage likely contributed to detrimental filter bubbles, where readers could have received imbalanced info on Harris.

Here’s how the coverage looked on each side.

This was a common theme, from left-rated newspapers (Boston Globe), TV news websites (NBC News), and magazines (Mother Jones). Most focused on the fact that Harris would be the first black VP, first Asian American VP, and first female VP if Biden wins.

A Los Angeles Times article framed the pick as a Democratic party move toward centrism. A New York Times piece also implied that Wall Street and Silicon Valley would be satisfied with the choice because of Harris’ purported centrism.

One Daily Caller story focused on past instances of Harris siding with police unions and imprisoning non-violent criminals in her time as a prosecutor. An article from Reason looked at Harris’ “long record of pushing illiberal policies.” A National Review piece explored her purported unlawful convictions as AG and opposition to police reform.

A column in the New York Post and an analysis from The Federalist each pointed out that Harris voiced support for women who accused Biden of sexual misconduct.

Fox News reported on a story about a Washington Post writer facing criticism for a column purportedly framing Harris as overly moderate. A Washington Examiner piece criticized left-media for framing the “ultra-liberal” Harris as centrist.

Were There Any Common Themes?

Despite the overwhelming partisan bias in each side’s coverage of the news, there were some similar threads — complete with their own discrepancies. Politico and Fox both reported on progressive anxiety and discontent around the choice; some other left-rated outlets like the N.Y. Times and the Atlantic published pieces suggesting many progressives supported the move. Outlets on each side reported on the “safety” of Biden’s choice, but with different conclusions.

Maybe worst of all, despite the vast amount of content a given outlet published on the news, little balance was achieved. Publications on both sides were called out by other journalists for running multiple articles or stories making repetitive points about Harris — usually in line with their AllSides bias rating.

Audiences getting one-sided views of any candidate are going to be unequipped at the ballot box. That end result is in direct contention with journalism’s stated goals to inform and empower readers — and yet, many powerful and influential news companies are plainly guilty of endorsing this. With the amount of coverage most publications ran on the news, the lack of balance is even more notable.

Whether framed as a matter of combating corrupt voter fraud or removing purported evil from the White House, headlines on both sides would have you believe voting has never been more important. Unfortunately in many cases, that can be more about getting clicks than giving quality information. Remember to be your own media critic, escape bias to see multiple points of view on every story, and make your own decisions. Don’t be a dummy come election day.

Henry A. Brechter is the Managing Editor of AllSides.com. He has a Center bias. Reach him and the rest of the team: feedback@allsides.com.