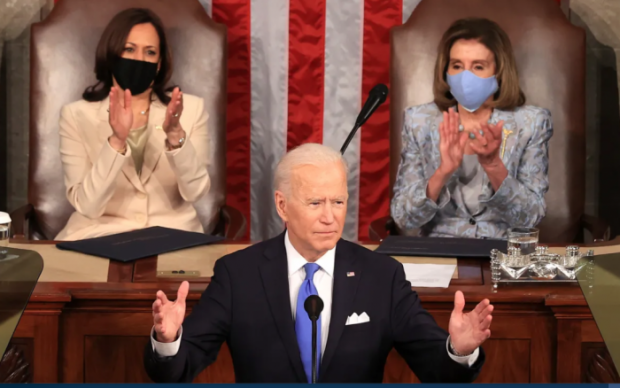 President Joe Biden's administration hit its 100th day last week. The first few months of Biden's presidency have been marked by his handling of the COVID-19 pandemic, calls for social justice and police reform, the ongoing crisis at the Mexico-U.S. border, and partisan divisions in Congress.

Voices from throughout the spectrum have weighed in on how Biden's first 100 days went, offering analysis of the issues mentioned above, and of his major policy initiatives like the American Families Plan and the American Jobs Plan. Some reports from left-rated sources also highlighted Biden's approval rating, comparing it to former President Trump's. Some coverage from right-rated outlets focused on false or misleading statements the president made and criticized the mainstream media's coverage of them. Voices on all sides also focused on Biden's stated goal of unity during his campaign and how he's gone about pursuing it.

Perspectives: Bigotry takes many forms, but in recent times, it's shown up more often in connection with political polarization; and USA TODAY apologized after it retroactively edited an op-ed from Georgia politician Stacey Abrams without offering an explanation.

More from AllSides: AllSides is hiring for multiple positions. Join our team!; Sick of "fact checks" that aren't really just checking the facts? Use our Facts and Fact Checking portal to compare facts, fact-checking and analysis from across the spectrum; Download the AllSides mobile app for balanced news on the go. Available for iOS and Android; and you can support our work and mission by becoming a sustaining member of AllSides. Sustaining memberships allow you to read AllSides ad-free.

At 100 days, Biden seeks to leverage narrow majorities to reverse the Reagan era

"As President Biden marked his first 100 days in office with a speech to the nation Wednesday, the scope and implications of his domestic agenda have come sharply into focus. Together they represent the most dramatic shift in federal economic and social welfare policy since Ronald Reagan was elected 40 years ago."

"President Joe Biden struck an optimistic tone in his first speech before a joint session of Congress, coming after a long pandemic year that has been marked by isolation, loss, and for far too many Americans, death."

Who Lied More During Their First 100 Days: Biden, Trump, Or Obama?

"These results are perhaps unsurprising. Politicians often lie for a reason, but it’s clear that some presidents show an early taste for deception more than others. At the time of this writing, President Trump was a more deceptive president than President Biden or President Obama in their first 100 days."

"As far as artificial milestones go, few dates seem to carry as much weight as a new president's 100th day in office. It's a date that former Obama adviser David Axelrod once referred to as a "Hallmark holiday." In other words, it gets lots of attention but has no actual significance."

"Biden's administration has gotten off to a fast start on a number of fronts. He proposed approximately $6 trillion in spending in three massive packages, issued a flurry of executive orders and has backed a variety of other causes, from D.C. statehood to voting bills." 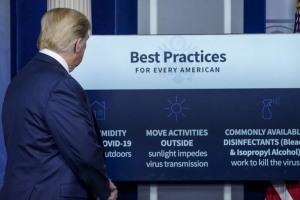