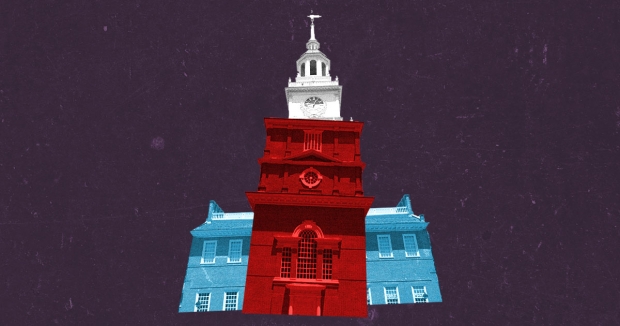 “Ominous.” “Hellish.” “Dark.” The shadowy red backdrop of President Joe Biden’s prime-time Thursday speech often upstaged the president’s remarks — from some angles, at least. From other angles, Biden stood in front of a red, white and blue-lit building, or even in front of a large American flag.

Different camera angles of Biden’s speech created vastly different moods, creating the perfect opportunity for photo bias — both by the media and potentially by the Biden administration.

The most common view of Biden’s speech only contained the closest red-lit brick facade of Philadelphia’s Independence Hall. This was the most common framing for video recording of the speech, meaning those who watched Biden’s remarks live got this view.

News outlets and media figures across the political spectrum picked up on this image of Biden, surrounded by bright red light and dark shadows. Many also pointed out that Biden was flanked by two Marines standing at attention.

This framing can be seen in one National Review (Right bias) article titled Blood-Red Dark Biden.

This image is the worst piece of presidential optics I have ever seen. Let us count the reasons. pic.twitter.com/aWe5mYaRkZ

On the other hand, some media voices from the left appeared to appreciate the mood set by the red lighting. Washington Post (Lean Left bias) columnist Eugene Robinson said: “The ominous red lighting that framed the president and the choice of Independence Hall as his setting conveyed danger, urgency and the sense that we are, as Biden said, ‘at an inflection point.’”

The Bigger Picture: Zooming Out to Reveal the Hidden Blue

This framing was found across the spectrum, including in a Fox News (Right bias) article highlighting online criticism of the red lighting.

The New York Times (Lean Left bias) included a slightly wider angle, showing the president and the first lady walking to the podium. 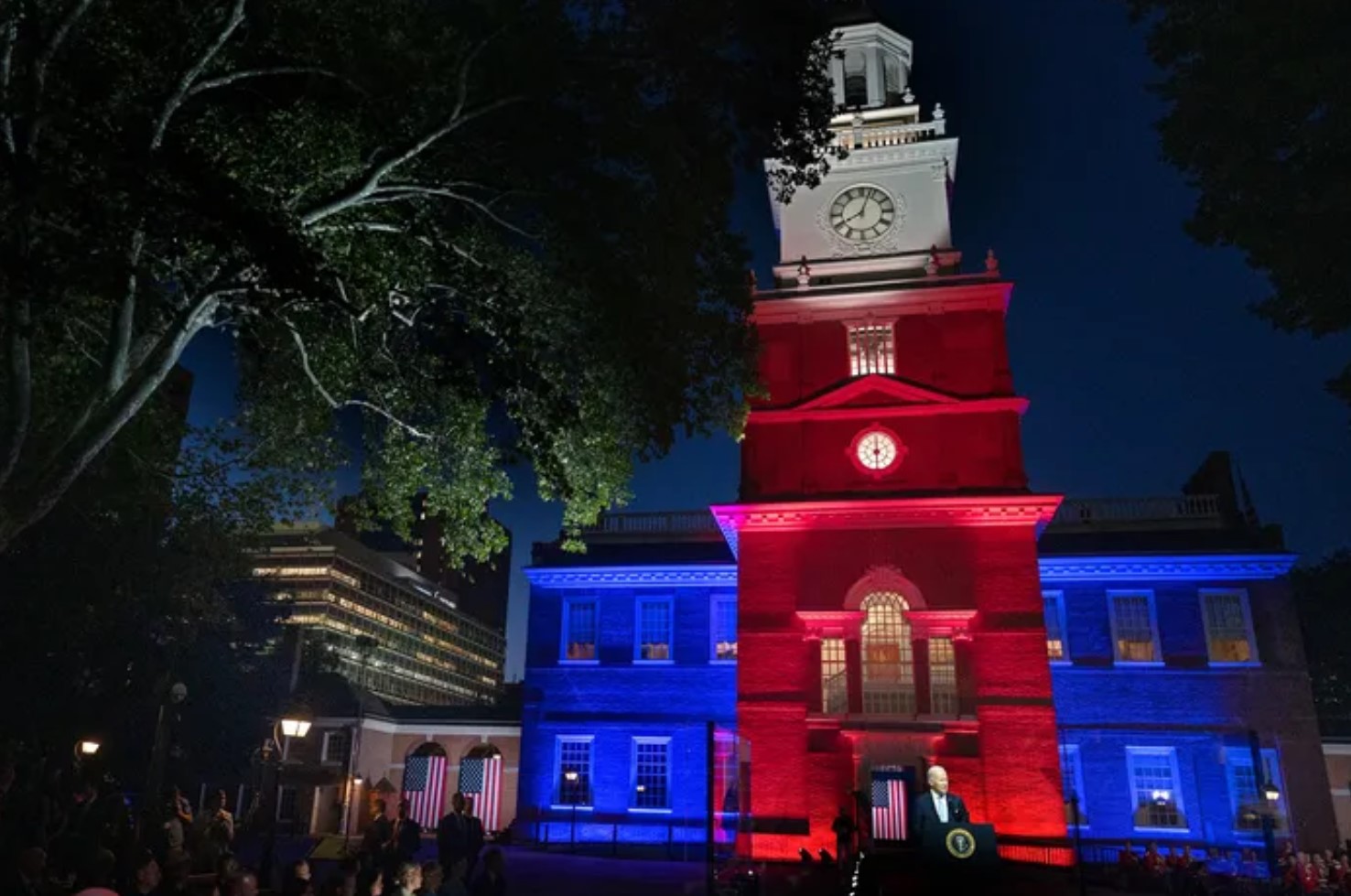 The Philadelphia Inquirer (Lean Left bias) — based in the city where the speech took place — featured a photo of the entire building, giving a complete perspective on the in-person setting for Biden’s speech.

Bonus: What If We Zoom In?

Some photos of Biden’s speech got a closer angle of the president — and the large American flag hanging behind him.

That’s how one photo used by NPR (Lean Left bias) framed the moment, as can be seen above.

It’s possible that the Biden administration itself created the “ominous” red background on purpose in preparing for the speech. MSNBC (Left bias) contributor Sam Stein suggested the framing was intended to portray an American flag threatened by a looming dark red.

White House advance team not being subtle with the background here: The lit up American flag hanging right behind Biden as encroaching red brick walls surround it.

Get Multiple Angles to See the Whole Picture

In the age of mass media, where everything is shared through imagery, framing is crucial. The photos used by politicians and media outlets to portray an event can tell you a lot about the author or outlet’s intent.

For Biden, a looming red background may have signaled the urgency and danger he conveyed in his speech. For some on the left, the red background conveyed the threat of former President Donald Trump’s movement. For some on the right, it represented an authoritarian, illiberal threat against political disagreement. Each group got what they wanted from that narrow framing.

If we zoom out, as many outlets did, then the image changes. A dark, ominous setting becomes a normal, or perhaps even patriotic one. Zooming in on Biden and the American flag can omit the impact of the red background entirely.

It’s impossible to know if you have the whole picture if you only have one picture. That’s why it’s important to view things from multiple perspectives — you won’t know what you’re missing unless you look for it.

Joseph Ratliff is AllSides’ Daily News Editor. He has a Lean Left bias.