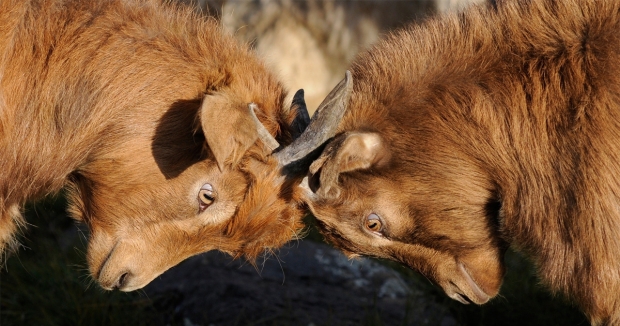 Hemingway said, “The world is a fine place and worth fighting for.” What does “the world” actually mean? It could mean macro issues, like human rights, social and economic policies, and international peace and prosperity. If you care about these issues, they are certainly worth promoting through sound argument. But “the world” can also mean your world, in an individual sense—for example, your health, your work, and your relationships. These issues affect you directly and are worth improving through sound argument. So when you think about it, there are as many reasons to argue as there are to live. Your life itself is an argument, a statement of your beliefs, values, and what is important to you, and as such, is worth doing well.

It’s important to note, that true argument, the kind of discourse that advances your perspective through logic and reason, is not a screaming match. It’s not an ALL CAPS free-for-all in the comments section. To argue is not to fight.

Truly effective argument is a skill, and like any other skill, it’s honed and perfected through experience. Below are five tips for productive debate, designed to be useful for both seasoned veterans of discourse and debate, and those just beginning to get their point across through effective argument.

Clarify what you are arguing about. It’s common at the beginning of an argument for each side to quickly blurt out several points. Each side feels passionately about the subject. A little adrenaline kicks in. Next thing you know, a whole bunch of topics are on the table. Sometimes one sentence contains several separate points! A discussion can become a sloppy mess in a hurry.

Ask why. If you’ve argued with a person for a while and they still don’t agree with you, you need to know why. So, if you don’t already know, ask. That way you can focus on points that will persuade, rather than wasting time and effort on points the other person already agrees on or doesn’t care about.

There might be only one reason the other person doesn’t yet agree, or there may be several. Their reasons may be purely emotional, completely logical, or both. So ask, “Why do you disagree?” If you want to be subtler, you can rephrase. “Are there any objections to...” “Are there any obstacles to...” Find out exactly what the hang-up is so you can address it.

Listen! Arguing without listening is like flying without seeing. You won’t know where you need to go with your argument. First, if someone is trying to convince you of something but does not listen to you, will you agree with him or her? Probably not. More likely you’ll be irritated that the other person is just talking and not listening. Listening shows the other person you are open-minded, objective, sincere, compassionate, helpful, and trustworthy.

Whether you are trying to convince a company to hire you, convince a client to buy a product or service, or convince a loved one to vacation in Europe rather than Hawaii, you must listen carefully to what the other person is saying (or not saying). Only then will you pick up on logical issues you need to address. And don’t stop listening until the argument is over! Careful listening will reveal where you need to go in your argument.

Recognize the other person’s emotions. No matter how logical you are, if you mishandle emotions you will not persuade. So you need to pay attention, get a sense of the person’s emotional state, and adjust accordingly. For example, if the other person is becoming too emotional, angry, or defensive, then tone it down a little. Speak more softly. Just lower your voice a little, and argue your points. Focus on the argument, and respond to counterpoints as needed.

Also, be patient, and give the other person time to calm down. When an engine overheats, it takes time to cool down. If you made your coffee too hot, it takes time to cool down. So be patient with a person who has become too emotional. If needed, just take a break and pick it up later. You also need to stay calm and resist the temptation to get overly emotional yourself. Recognize the other person’s emotions, and respond accordingly.

Attack arguments, not people. Maybe you don’t like the person you are arguing with. Maybe you never liked them. Or maybe you suddenly stopped liking them when they disagreed with you. Either way, it can be very tempting sometimes to attack the person instead of their argument.

We’ve all encountered arguments that center around insults. “You are just ignorant. That’s why you disagree with me.” “You don’t like affirmative action because you’re a racist.” Attacking a person’s history or motives is also common. “You want less taxes because you’re a Republican!” It may feel good to say these things, but they are usually irrelevant and inflammatory. So it’s really important to understand the distinction between the person and the argument. When tempted to attack the person, attack the argument instead.

Good argument is like fair competition; it makes things better. In a society with freedom of speech, a “marketplace of ideas” is created. Through vigorous and open discussion and debate, the best ideas and opinions prevail, eventually. And society is better off. You will be better off as well, even in the short run. Are you having trouble getting along with a relative at Thanksgiving dinner? Do you want a raise at work? Do you feel strongly about a societal issue, and you want to be part of the change? Then learn the art of fruitful argument. Clarify your argument, ask why, listen to your opponent, listen to the other person’s emotions, and focus your attack on the argument and not the person.

Albert Navarra has been practicing law in California since 1999, and has a background in philosophy, education, and writing. He also has a passion for making complicated subjects simple.