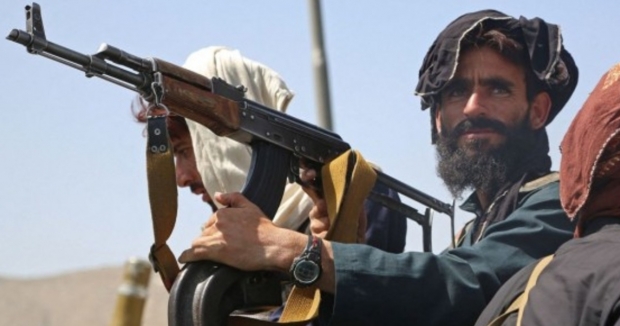 The Taliban took control of Afghanistan this week as the Afghan government collapsed, marking a return to power for the militant group after being ousted by the United States twenty years ago. Read some of our Headline Roundups on the situation:

Voices across the spectrum were often unified in criticizing the U.S. for its handling of Afghanistan over the past 20 years. Many also admonished President Biden for a purportedly hasty withdrawal from the country, especially in light of reports that U.S. intelligence had grown increasingly skeptical of the Afghan government's ability to stand up to the Taliban once the U.S. military presence ended. Others across the spectrum, particularly on the left and center, also criticized former President Donald Trump and his peace agreement with the Taliban last year. There were also notable differences in word choice within Afghanistan coverage between left and right-rated media.

Timeline of U.S. Withdrawal from Afghanistan

"The blame game has begun over who lost Afghanistan. The fact is, President Joe Biden and his predecessor, Donald Trump, were both eager to withdraw U.S. troops from Afghanistan and end what Biden referred to in his Aug. 16 speech as 'America’s longest war.'"

4 Reasons A Taliban Takeover In Afghanistan Matters To The World

"In the provinces they had captured before this weekend, there's strong evidence that the Taliban of today and the Taliban of 20 years ago are not much different. The Taliban of the past were infamous for denying education to women, carrying out public executions of their opponents, persecuting minorities, such as the Shiite Hazaras, and destroying the priceless ancient giant stone Buddhas at Bamiyan."

"A top U.S. military official said he doesn’t 'have information' about an effort to seize military equipment the U.S. gave to the fallen Afghanistan government and has since been taken by Taliban insurgents, during a press briefing Monday."

"Despite the president’s fantastical assurances a little over a month ago that Afghan security forces had the situation well in hand and there’d definitely be no hasty Saigon-style evacuation of the U.S. Embassy, the Afghan government has dissolved, the Taliban control Kabul, and the U.S. Embassy has indeed been hastily evacuated."

"The reports contrast with a new, more modern image that the Taliban tried to paint in their first news conference since their takeover of Kabul on Tuesday night. Their officials deny that their fighters have been involved in the violence, blaming the injuries on men impersonating the Taliban."

"Trump came to office promising to end the war. In characteristic fashion, he acted so impulsively and with such lack of discipline, that he single-handedly undercut the so-called "peace" negotiations in Doha, Qatar, between the Taliban and the United States that concluded last year."