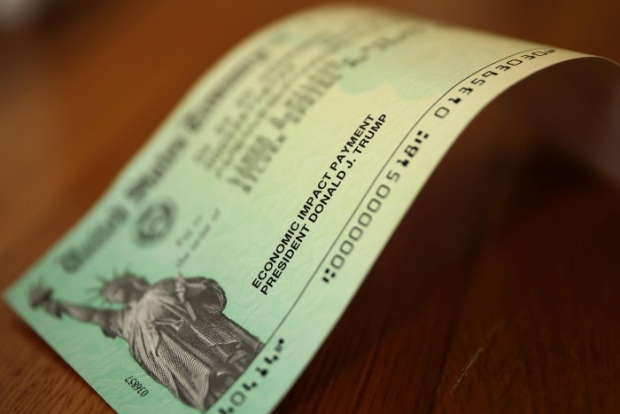 $600 COVID-19 stimulus checks begin going out this week after months of negotiations, as debate simmers about increasing the checks to $2,000. President Donald Trump and many Congressional Democrats support more valuable checks; most Republican lawmakers oppose the raise. The House approved the increase in direct payments to $2,000 Monday, but legislation to increase the payments is currently stalled in the Senate with no vote scheduled.

The stimulus check talks received prominent coverage across the political spectrum. Sources on all sides focused on the potential increase and economic impacts, as well as current negotiations in Congress. Some left-rated voices supported the larger checks, saying they're desperately needed by people facing job loss, eviction, hunger and other forms of pandemic-induced despair. Some right-rated voices pushed back against sending checks to people who never missed a paycheck, including many government employees, and the potential economic consequences of printing hundreds of billions more dollars.

Other news this week: The House overrode President Trump's veto of the $740 billion defense spending bill, the first such veto of his presidency. The Senate will vote on the issue Wednesday; the FBI said a car bombing in Nashville that injured three people and damaged dozens of business also killed the lone suspect; and a new coronavirus variant has emerged in the United Kingdom and several other countries worldwide.

More from AllSides: In 2020, we could’ve taken the path many others take — picking a side, then ramping up sensationalism for clicks. We didn’t, because we believe balanced news can help solve our deepest divisions. If you agree, please consider supporting us this holiday season; Balanced news comes to your mobile device: The AllSides mobile app is now available — download it today for iOS and Android; and you can support our work and mission by becoming a sustaining member of AllSides. Sustaining memberships allow you to read AllSides ad-free.

There is no sign that a bill on $2,000 checks is going to get a vote in the Senate

"At the end of the day, a lot of Republicans are still very uncomfortable with the idea of $2,000 checks for people who made less than $75,000. Even if they did support the direct payments in some capacity, they aren't comfortable with the House-passed bill. Sen. John Cornyn, a Texas Republican in leadership, told reporters Tuesday that he doesn't want the money to be "manna from heaven" for those who have been employed this whole time."

Here is why the stimulus check should be bigger

"Trump’s delay has caused more distress than needed. And the response will have to be bigger if we are to prevent even greater suffering and long-term economic damage. Congress should not wait any longer to get more money into the pockets of more Americans. Dragging their heels is a recipe for economic calamity."

"“Blindly borrowing or printing another two-thirds of a trillion dollars so we can send $2,000 to children, the deceased, and tens of millions of workers who haven’t missed a paycheck, like federal and state employees, is not sound economic policy nor is it something I am willing to support,” Toomey, who will retire after his term ends in 2022, said in a statement."

Stimulus checks are fixing a problem the economy doesn't have

"The House of Representatives, in what could be a foreshadowing of things to come in the next Congress, split the coronavirus relief and government funding legislation passed Monday into two separate votes -- allowing members to vote against the part that included military and Homeland Security funding without putting the package carrying the economic stimulus money in jeopardy."

If stimulus checks are raised to $2,000, here’s how that would work

"If the IRS has your direct deposit information, you’ll be among the first to receive the payment. The check could be in your account within two weeks or less. Those who haven’t shared that information with the IRS can expect to get a paper check or prepaid debit card — and, unfortunately, to wait longer for their money. The Treasury says it can deliver 5 million to 7 million paper checks a week."

"If we want to easily direct financial help to those most affected by the pandemic, we should compare taxable income in 2019 to taxable income in 2020 and direct stimulus payments to those who actually saw meaningful decline in their annual earnings during 2020. This is an administratively simple way to quickly identify those who suffered the biggest financial setbacks during 2020 and are likely most in need of additional financial stimulus."