Russian forces retreated from Zmiinyi (Snake) Island in the Black Sea — which sits on a key shipping lane — after repeated attacks by Ukraine, Ukrainian officials said.

Snake Island was captured by Russian forces in late February; it gained international fame when Ukrainian troops stationed there refused to surrender, saying, “Russian warship, go f--- yourself!” The island sits about 20 miles off the coast of Ukraine's southern Odesa Oblast, as well as about 20 miles east of the Romanian coast.

British intelligence reportedly attributed Ukraine’s victory partially to “new weapons supplies by the West.” While Russia’s Defense Ministry called the retreat a “gesture of goodwill,” Ukrainian Armed Forces Commander in Chief Valeriy Zaluzhny said the “occupiers” were “unable to withstand the fire of our artillery, missile and air strikes.”

Coverage was widespread and generally balanced across the spectrum on Thursday morning. While some outlets like Reuters (Center) called the retreat a “major victory” for Ukraine, others like The Washington Post (Lean Left bias) called it a “small but strategic win.” 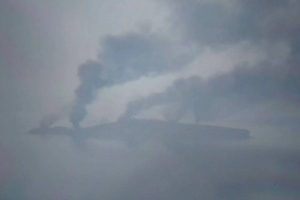 Russian forces have hastily withdrawn from the infamous Snake Island in the Black Sea in a strategic victory for Kyiv, Ukrainian military officials said Thursday.

Ukraine's Operational Command "South" took to Facebook to announce that following a coordinated overnight missile strike "the opponent hurriedly evacuated the remains of the garrison."

The command posted a picture that showed the island covered in fire, black smoke and the aftermath of heavy missile fire. 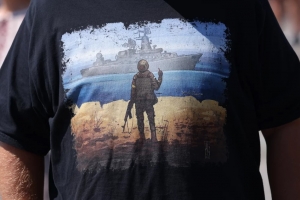 Russia says it has evacuated its soldiers stationed on Snake Island, the Ukrainian outpost in the Black Sea that had been invaded by Russia in late February.

Snake Island, also known as Zmiinyi Island, is a strategic outpost off the southern coast of Ukraine that has taken on heroic proportions in Ukraine's fight against Russia after Ukrainian soldiers there refused to surrender the island in a February battle. 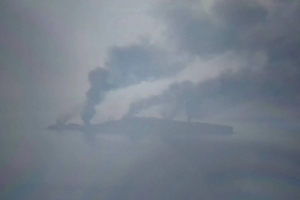 Ukraine has pushed Russian forces to abandon the Snake Island, a small but strategic outpost in the Black Sea, the Operation Command South said on June 30.

According to the Ukrainian military, "the enemy hastily evacuated the remnants of the garrison in two speedboats and probably left the island."

Russia's Defense Ministry confirmed its forces had left the island. However, it called the withdrawal "a gesture of goodwill" rather than a defeat, adding that the troops "had completed their mission" and were withdrawing to demonstrate Russia's willingness to allow for grain exports...