The House Intelligence Committee's newly released transcripts from its investigation of Russia's alleged 2016 election interference appear to indicate that Rep. Adam Schiff (D-CA) spread falsities about having evidence of purported collusion between Russia and President Donald Trump. The transcripts include evidence that Schiff was told by superiors and colleagues that no such proof existed; Schiff, the head of the House Intelligence Committee, was a prominent figure in the investigation and in the president's impeachment trial, and openly accused the president of working with Russia to allegedly gain an upper hand in 2016. 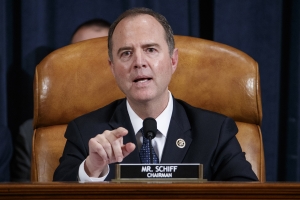 Last week, Acting Director of National Intelligence Richard Grenell forced Democratic Congressman Adam Schiff’s hand. If the chairman of the House Intelligence Committee didn’t release the transcripts of 53 interviews from the committee’s Russia collusion investigations, then he’d do it himself. The transcripts, many of them from nearly three years ago, were declassified and ready for public viewing since June.

As the grand impresario of collusion, Schiff has filled print and broadcast media since January 2017 claiming that he has seen “more than circumstantial evidence” of a Trump-Putin conspiracy. Obviously... 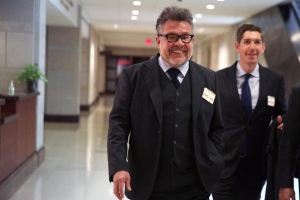 Thursday night was the night when the House Intelligence Committee’s Russia investigation was finally released for the world to see. Those that have time reading through novel-length interview transcripts will find one clear thread — Hollywood Rep Adam Schiff had nothing on President Trump with regards to him or his campaign working in cahoots with Russia, or Russians, to beat Hillary Rodham Clinton in 2016.

The release came after the Department of Justice and Director of National Intelligence threw many buckets of cold water on the Russia investigation last week.... 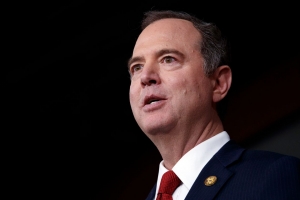 Newly released documents show he knew all along that there was no proof of Russia-Trump collusion.

Americans expect that politicians will lie, but sometimes the examples are so brazen that they deserve special notice. Newly released Congressional testimony shows that Adam Schiff spread falsehoods shamelessly about Russia and Donald Trump for three years even as his own committee gathered contrary evidence.

The House Intelligence Committee last week released 57 transcripts of interviews it conducted in its investigation into Russia’s meddling in the 2016 election. The committee probe started in January...

‘Why not a Black woman?’ Consensus grows around Biden’s VP

WASHINGTON — Joe Biden is facing growing calls to select a Black woman as his running mate as an acknowledgement of their critical role in the Democratic Party...

Senator warns of political pressure on U.S. probe into hackers of green groups

A Democratic U.S. senator says he has written to Attorney General William Barr outlining his concerns about potential “political interference” by the Trump...

This Abridge News topic aggregates four unique arguments on different sides of the debate. Here are the quick facts to get you started: THE QUICK FACTS In a...

Michelle Obama may have accomplished a lot since leaving the White House in 2017, but getting a Ph.D. in law was not on her to-do list. A popular internet...